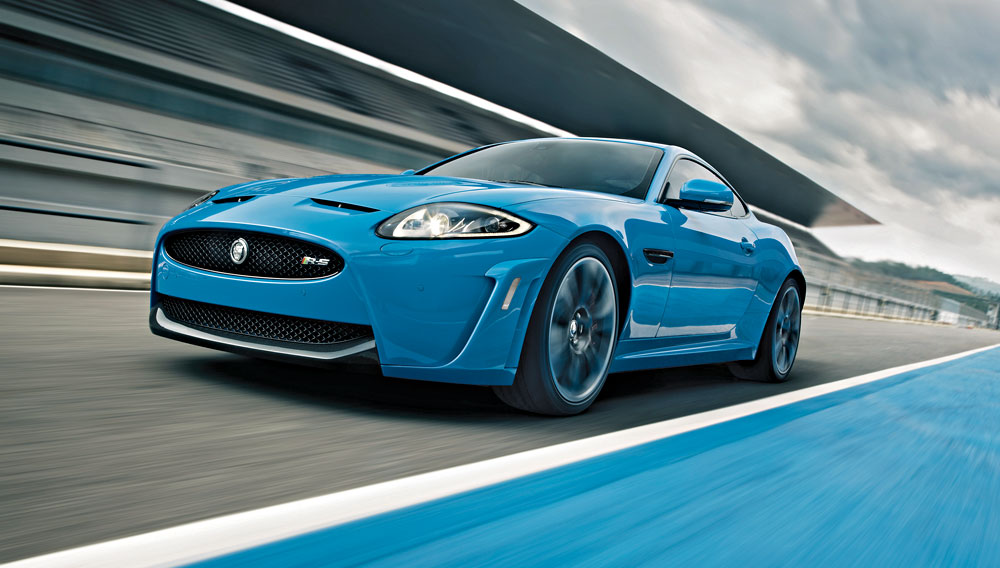 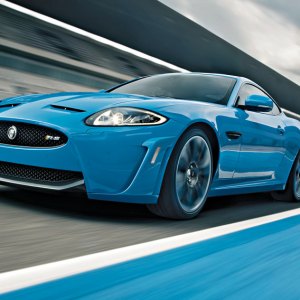 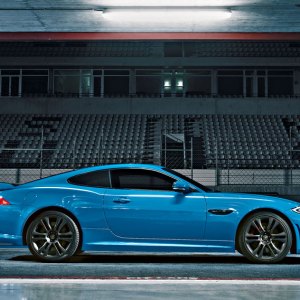 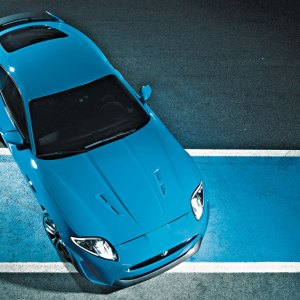 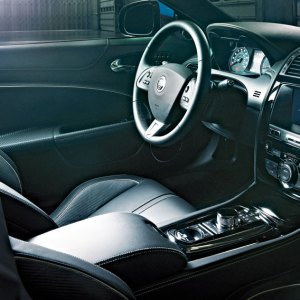 Seldom does the brand name Jaguar evoke a car suited for unbridled extroverts, a vehicle that is the shameless, attention-seeking life of the automotive party. Yet the designers of the XKR-S obviously intended for this Jaguarto be noticed—not just by drivers seeking a harder-edged GT experience, but by virtually anyone whose path the new cat crosses.

Indeed, the XKR-S swivels heads as quickly as any Aston Martin, Ferrari, Lamborghini, or Maserati, and it can do so as it stands still or in the fleeting seconds before it disappears into the ether, leaving bewildered car cognoscenti asking, “Was that really a Jaguar?” Especially when sprayed in brilliant French racing blue, as the test-drive vehicle was—the vision could rouse Ettore Bugatti from his eternal sleep—the XKR-S conveys more attitude than any other car from the Jaguar pride ever has.

When Jaguar put on a new face by running its “Gorgeous” ads a few years back, the company had nothing so well suited for the campaign as the drop-dead, high-style XKR-S. Its design has no bad angles, and in profile, the shape is simply stunning; in classic Jag style, the car’s long front and short rear complement the gently arcing roofline and elegant greenhouse. The grille, flaring scooped addenda, and wicked carbon-fiber air dam all are unique to this XK. Similarly, the rear—with a carbon splitter, quad tailpipes, and a large fixed rear spoiler—looks like no other Jaguar’s. This car’s style signature makes other Jags’ John Hancock flourishes look like Jed Clampett Xs.

How different is the S from other models in the XK series? First, it is available only as a coupe—no convertible version—and only by custom order. While the normally aspirated XK and supercharged XKR are both limited to 155 mph and deliver 385 hp and 510 hp, respectively, the 550 hp XKR-S reaches 186 mph, joining the exclusive 300 kph club. It also has a starting price of $132,000, which is nearly $28,500 more than that of the XKR Convertible, the next most expensive XK model. For this premium, owners gain, in addition to more power and performance, a panoply of aerodynamic accoutrements: vents, scoops, splitters and spoilers, and plenty of carbon fiber to contrast with a color palette limited to white, gray, black, red, and the aforementioned—and unforgettable—French racing blue. Gloss-black detailing accentuates the black carbon fiber used on the exterior and interior; the large leaping cat on the rear-deck lid is the car’s only chrome embellishment.

Make no mistake, the Jaguar XKR-S is a GT of substance, even if the test vehicle’s paint job recalls lightweight racecars of yore. Long gone are the days of the E-Type, Jaguar’s svelte rocket, which debuted 50 years ago and was powered by the world’s most famous inline 6. Today’s Jaguars—as with most marques—have added weight and matured to meet contemporary standards of comfort, convenience, and safety. However, though it weighs 3,868 pounds, the XKR-S feels balanced and resolved, thanks largely to a competent suspension and steering and to seemingly limitless reserves of power.

Given the ongoing horsepower one-upmanship among carmakers, it stands to reason that Jaguar would weigh in with a potent mill. The engine delivers its 550 hp at 6,000 to 6,500 rpm and generates 502 ft lbs of torque from 2,500 to 5,500 rpm, enabling the XKR-S to hit the 60 mph mark in 4.2 seconds. The 5-liter supercharged V-8 proves that, while two or four more cylinders might confer greater bragging rights on the driver, they offer not necessarily more firepower and certainly no more fun.

The seamless and superb 6-speed automatic transmission hooks up through a console-mounted knob called JaguarDrive Selector, which rises from the console when you press the start button—a neat parlor trick. Not particularly intuitive, the feature can make emergency maneuvers, such as reversing quickly, difficult for drivers unfamiliar with its operation.

However, the XKR-S is redeemed by its paddle shifters, the preferred means of shifting gears when the car is in Dynamic mode, which adjusts a number of vehicle settings to prepare the car for performance-oriented driving. Pressing the console button bearing the checkered-flag icon engages this mode, producing a feral transformation accompanied by an exhaust note that sounds more like a lion’s roar than any Jaguar’s snarl. The deep resonance is reminiscent of high-performance small-block V-8s from long ago.

Ferocious as it sounds, the XKR-S is easy for a driver to tame. The independent double-wishbone suspension includes active damping and stiffened springs, yet the ride remains sufficiently compliant for daily driving. The handling emphasizes understeer when you push the heavy nose into corners and—if extra entertainment is in order—steer with the throttle. The handling is more responsive than that of other XKs, and the car offers more road feel, but without beating up the driver or passenger. The XKR-S also sits nearly half an inch lower than its siblings, so you need to carefully negotiate driveways to avoid the nerve-wracking sound that accompanies a scraping carbon front splitter.

The brakes are high-performance Jaguar models—the calipers on the test car were adorned with the optional $450 gray paint scheme instead of the standard red—and are terrific at stopping the car quickly and delivering a linear and predictable pedal feel, unlike some aggressive systems that require considerable finesse of foot. The Vulcan wheels are 20 inches in diameter and an attractive dark gray; the rear wheels are wider than the 20-inchers offered on other XK models and give the XKR-S an aggressive but stylish stance.

The interior is a good place to be. It presents an attractive blend of forms and surface materials, with lots of conventional leather accented by carbon leather, carbon-fiber panels, and discreet micro piping on the special sport seats, which hug you with reassuring support from adjustable side bolsters. The rear seats are essentially useless; the space would be better served with an extended parcel shelf. Luggage is stowed through the liftback, which is an elegant solution that incorporates the rear window and provides easier access and greater volume than a conventional trunk-and-fixed-window design.

The XKR-S’ safety features include HID xenon headlights, which provide additional brightness to improve night vision, and Active Front Lighting, which points the headlamps in the direction that the car is steered—an especially useful feature when you are driving on dark, curving canyon roads. Regardless of whether they keep you out of collisions, the LED running lights are now a requisite design element. Ultrasonic sensors and a back-up camera aid parking in a car that, like most GTs, offers minimal rearview vision.

While the Jaguar XKR-S has much to love, its minor intrusions might bother some drivers. The center stack, which provides information, entertainment, and climate control, looks and feels decidedly down-market compared to the rest of the interior, and using it for such functions as radio-station tuning can prove annoying. Also, Jaguar should consider offering a proper clock instead of the digital simulacrum that flickers between the speed gauge and tachometer gauges. It is a safe bet that most buyers of six-figure automobiles appreciate—and probably wear—a decent timepiece.

These minor quibbles aside, the newest and most powerful production Jaguar ever offers plenty of performance and personality, and—relative to the price of comparable cars—serious value. And unlike an obstreperous and unapproachable wildcat, the XKR-S, while not docile, will purr with contentment when paired with the right owner.