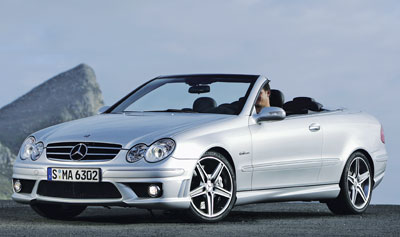 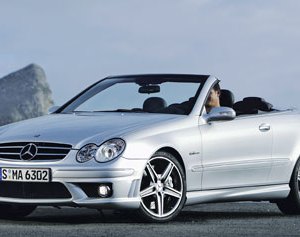 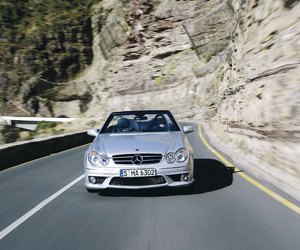 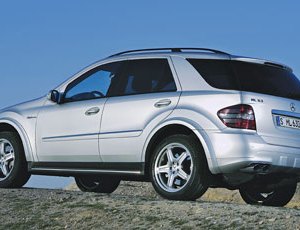 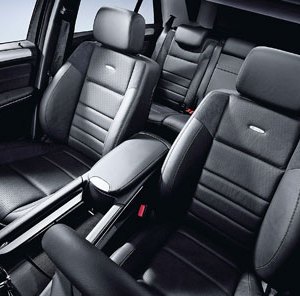 In the very beginning, in the 1880s, while working independently and in separate workshops near Stuttgart, Karl Benz and Gottlieb Daimler invented the first automobiles, which eventually led to the creation of Mercedes-Benz. Fast-forward to 1967, when, in a Swabian village also close to Stuttgart, Hans-Werner Aufrecht and Erhard Melcher formed a similarly significant partnership. Mercedes-Benz engineers by profession, passion, and pastime, they labored in two separate sheds at an abandoned mill in Burgstall, working at night and for nothing with Mercedes engines that, during the day, they were paid to improve.

The pair believed that with heavy boring and polishing, some piston lightening here and crank strengthening there, an Aufrecht and Melcher–modified engine would transform any stodgy Mercedes sedan into a Muskelauto, or muscle car.

Three years later, they paid the deutsche mark equivalent of $6,000 for a clunky 300SEL that a neighborhood doctor had nearly totaled. Remaining true to the big-bore gospel, which teaches that displacement does matter, Aufrecht and Melcher huffed and puffed up a 6.8-liter V-8 into producing 428 hp. In 1971, their Cinderella SEL won its class and finished second overall at Belgium’s vaunted 24-hour race at Spa Francorchamps.

The 6.3-liter V-8 within the 2007 CLK63 AMG cabriolet is no modified Mercedes production motor. AMG created the engine from the ground up, delivering an additional 163 horses over the CLK500.

Since then, AMG—for Aufrecht, Melcher, and Grossaspach, the town where Aufrecht was born—has evolved into the world’s most famous speed shop. Its staff of 700 makes production-based hot rods that are more recognized, and certainly more smoothly bred, than anything by the Dukes of Hazzard.

In 1999, after years of indentured toiling as a contract tuner, AMG was absorbed by Mercedes-Benz, becoming the firm’s official performance division and changing its title to Mercedes-AMG. Of the 1.1 million cars that the parent company makes each year, 20,000 are given the AMG touch. These German aristocrats, which include the official pace car for F/1 racing, are to Europe’s touring car championships what the New York Yankees are to baseball.

AMG’s extreme makeovers cost 30 percent to 40 percent more than the standard vehicle’s MSRP, and they are offered for every MB series with the exception of Smart and the A-Class. This spring, Mercedes introduced a half-dozen new AMG-badged models. Majorca was the media launch site for the SL55 AMG, baptized in the company of the 2007 SL550 and SL600 roadsters, cars considered by many to be insanely quick without adding AMG supercharging. Back home in Stuttgart, the E63 AMG and the CLS63 AMG were ringers among the rest of the new E-Class cars. And in Granada, when the rain in Spain was threatening to fall pretty much everywhere, Mercedes trundled out the CLK63 AMG coupe and cabriolet, and the ML63 AMG bog-buster.The Granada cars carried 6.3-liter V-8s designed and engineered from the first bolt and casting by AMG, instead of entering public service as a production Mercedes motor that AMG later ably transforms. The new engine—the precise displacement is 6,208 cc, but for promotional and historic purposes Mercedes prefers to round that out to 6.3 liters—represents the rejuvenation of a 6.3-liter powerplant from the 1960s, when Mercedes pulled the V-8 from a six-door MB600 limousine and stuffed it into the MB300. The result was an autobahn burner that did 140 mph and ran from rest to 60 mph in just over six seconds. For the sedate pace of four decades ago, such performance was nothing short of unglaublich.

That antique 6.3-liter V-8 developed 250 hp. Under AMG’s magic fingers, the new 6.3-liter high-strength aluminum engine produces 465 ft lbs of torque to go along with 481 European hp for the CLK63 AMG coupe and cabriolet (475 hp when lightly choked by U.S. emissions equipment) and 510 hp for the ML63 AMG. However, when tested on a dynamometer, an AMG engine typically exceeds its official hp rating.

The mountain roads and relatively unclogged freeways of Andalusia, in southern Spain, made for fun and furious motoring. Our trio of vehicles—the CLK63 AMG coupe and convertible and the ML63 AMG—each equipped with the 6.3-liter engine, ran with identical characteristics: seamless acceleration to 155 mph, enormous low-end grunt from all that torque, and a sound that could not have rung sweeter had the exhaust gases been pumped through a trumpet.

No need to dwell on the CLK63 AMG coupe, because Mercedes has no immediate plans to export it to the United States. The official message is never say never, but for now there seems to be a stronger demand in the American market for another AMG convertible.

We found the CLK63 AMG cabriolet, which is priced at about $89,000, to be a near-flawless update and a blessed senior partner to the CLK500 cabriolet, and not only for the additional 163 horses that AMG delivered. The CLK63’s brawnier engine is mated to a 7-speed transmission that, in either automatic or paddle-shifted manual mode, is smooth and attractively long-legged, and never leaves a driver gasping for revs or groping for a downshift. The car also has a revised suspension with center-console shift settings for manual, comfort, and sport. The convertible offers the visual distinctions of “6.3 AMG” badges, fender flares, and a spoiler lip. Among the cockpit instruments is a computerized stopwatch for recording lap times, lap lengths, and average and top speeds during those weekends at the motorsports country club.

The 6.3 makes an impressive contribution to the CLK—be prepared for a broader scattering of the new engine throughout the Mercedes range—but it brings an even greater bonus to the heavier, blockier, shorter ML line. With its short wheelbase and lofty profile, this vehicle should be cursed with a center of gravity close to that of the Leaning Tower of Pisa. Fortunately, AMG understands such potential for pratfalls, so in addition to the 6.3-liter engine, AMG has given the ML63 (which is priced at $85,500) a handling package that has few sport-utility peers. It includes a sophisticated suspension for higher cornering speeds with minimal body roll, AMG-exclusive damper struts, a system to select the appropriate ride height for the chosen speed, and an electronic instinct for braking or backing off the power when sensors detect the vehicle is in danger of tipping over. The ML63 also features all-time all-wheel drive and the same 7-speed transmission, electronic manual shifting, and grabby brakes that the CLK63 has.

Combine all these taming influences with a smoothly savage 510 hp engine and you have more than three tons of dynamite galloping from zero to 60 mph in five seconds flat. As quick as anything in its luxury-truck class and as swift as most sporting coupes, the ML63 reminds you that AMG also stands for Ach Mein Gott.