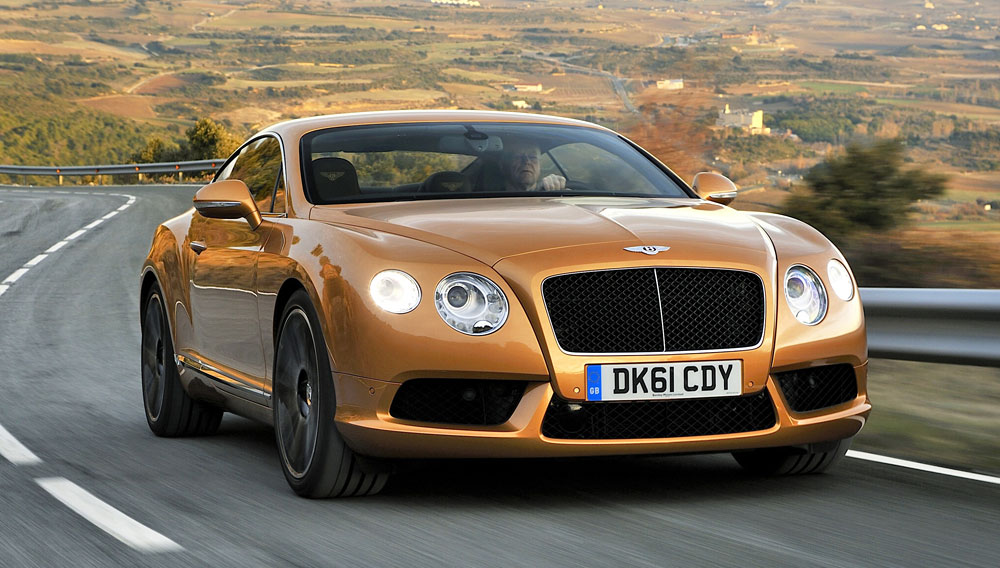 To boost both model and brand, Bentley has eviscerated the Bentley Continental GT and replaced its thunderous W-12 with a lighter, smarter, thriftier V-8 engine. Yet can this much less really be that much more? Are there significant benefits to such a radical lightening of the mechanical load—to dumping four cylinders, two liters of displacement, much poundage, a ton of torque, and 67 hp? Absolutely, especially when the Continental GT V8 is seen for what it really is: more of a quietly relevant rolling test bed than an exercise in reduced extravagance.

In recent years, Bentley has done nothing to dilute its association with absolutes of horsepower, handcraftsmanship, and terminal opulence. Yet, thanks to the vast technological resources of parent company Volkswagen, the brand also has become greener. In March at the Geneva International Motor Show, chairman Wolfgang Dürheimer indicated that Bentley would be building vehicles with lighter materials and a passel of stingier engine variants including turbo-diesels and hybrids. The Continental GT V8 is part of that plan.

The car’s brand-new 500 hp V-8 is turbocharged, displaces only four liters, and is designed to emit 40 percent less carbon dioxide than the W-12 engine. The Continental GT V8 delivers a city-highway average of 18 mpg, compared with roughly 14 mpg for the 12-cylinder version. The new model also has direct fuel injection; an 8-gear automatic transmission; an engine shut-down system that allows leisurely 4-cylinder cruising; all-wheel drive; and a 455-pound reduction in curb weight compared with the 12-cylinder GT.

The downside to sacrificing those four cylinders is negligible: The V8’s zero-to-60-mph sprint of 4.6 seconds is about a quarter of a second slower than the W12’s, and its top speed of 187 mph is only 11 mph slower than the W12’s, but that difference is irrelevant because the police would stop you before you reached either velocity.

In addition to being more fuel-efficient and more eco-friendly, the GT V8 is nimbler than the W12, thanks to its lighter front end and 52/48 weight distribution (the W12’s is 58/42). Steering loads do not tug at your wrists, and turn-ins are crisper. And—hear ye, hear ye—the Bentley roar remains a raging swoosh, accompanying passing power that builds like a tsunami.