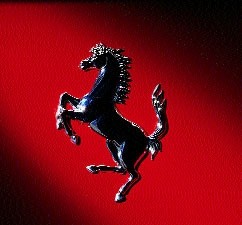 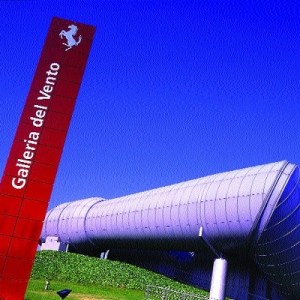 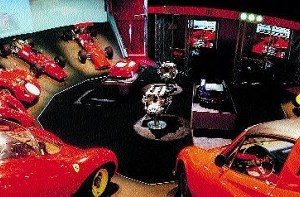 Just before the engine turns over, I like to close my eyes, blocking out any distractions so that I can fully absorb the sound and feel of the mechanical energy that follows. I’ve performed this ritual on the grids at the 24 Hours of Daytona and at Le Mans, but I also do it in my garage at home, where I can enjoy my favorite sensory experiences: the growl of a Ferrari engine as it ignites, and the feel of the rumble shivering through my body.

Before any inferences are made about me or my reasons for driving a Ferrari, understand that I do not own any Ferrari apparel, am not a member of any Ferrari club, and have never attended an owners’ rally. I drive Ferraris because they are the purest form of automotive expression anywhere.

I didn’t always feel that way, however. I used to dismiss them as ostentatious machines. In fact, in the early 1990s, when my friend owned a Testarossa, I thought that it was too garish—until I took it for a drive. I had been releasing the clutch on horsepower and fury for most of my adult life, but at the turn of the key, I was hooked. While some might dismiss the vehicle as a 12-cylinder capsule of testosterone, it launched my passion for Ferraris.

No automobile manufacturer in the last five decades has been more consistently true to a philosophy or spirit than Ferrari. Almost 55 years and 21 world championships after Enzo Ferrari’s first race car competed at the Piacenza circuit, and 14 years after the founder’s death, Scuderia Ferrari is still winning, as pure in its intent and as single-minded as ever. In the in-terim, the road-going Ferraris we appreciate in America, initially accepted by Enzo with some reluctance to finance his racing, have become an equally important component of the company’s overall goal of producing the world’s best automobiles.

For auto enthusiasts of any loyalty, a trip to Italy is incomplete without a trip to the village of Maranello, and for Ferrari enthusiasts, a tour of the factory Enzo Ferrari built nearly 60 years ago is mandatory. Ferrari has no European delivery program like Mercedes-Benz, BMW, and other automakers, and there are no factory tours for the public. Such opportunities come only through a long, loyal relationship with Ferrari or one of its dealers. You have to be part of the Ferrari family, and that usually doesn’t include first-time buyers. If you’re involved in motorsports, as I am, or you collect rare cars, it’s likely that Ferrari will extend an invitation to you more readily than to the guy purchasing his first 550. With that said, the village remains a Mecca for Ferraristi (aficionados of Ferrari’s road cars), tifosi (race fans), and automotive historians.

I recently had the privilege of watching my black 2002 Ferrari 360 Spider being built in Maranello, and although I have won the 24 Hours of Daytona, 29 other professional road races, and a host of drag races, my latest tour of Enzo’s factory (I’ve made several pilgrimages since my first one in 1994) was as memorable as any of those victories.

If you have ever visited a traditional Big Three assembly line, or a robot-intensive new-millennium plant, the contrast will strike you immediately. I used to work on a General Motors assembly line, where a worker’s duties might be limited to attaching hubcaps, and the Ferrari factory is nothing like it. The same four people worked on my car as it moved down the line, advancing as a team from one station to the next, with each member of the team performing multiple tasks. The UAW guys make good products, but as Ferrari’s Chairman Luca Cordero di Montezemolo has said, “Those who own a Ferrari own a work of art.” Building Ferraris remains a craftsman’s endeavor. It’s a prized profession held by a select group of employees who spend their working lives in this plant.

During my most recent tour, the Ferrari workers were mating my Spider’s engine assembly with the chassis when I arrived. The team members took their time, holding discussions with their partners as they matched components and attached the panels. When I stole a glance at the custom red stitching on the black leather seats, dashboard, and door panels, I could hardly contain my desire to get behind the wheel and take my Spider for a spin on Fiorano, Ferrari’s nearby test track. The workers, however, were not about to rush the job for me. Italians, you see, are never in a hurry, and that becomes all too apparent from the time you arrive in the country.

A trip to Maranello is likely to begin with a flight to Milan, and this thriving high-fashion center might be the perfect transition from American sensibilities to the gentler ways of Maranello. Spend a few days walking the streets, absorbing the culture, and adjusting your pace. With its crowded sidewalks, ubiquitous scooters, and constantly honking horns, Milan only appears to be in a hurry. Italians make it a national imperative to set aside time for people watching, long meals, and appreciating beauty. In short, they enjoy life. Here, you will begin to fully understand the essence of a Ferrari.

You can travel to Maranello by bus, train, or limousine, but I love driving in Italy. The Italian passion for life extends to the roadways, and I like to think of the frenzy as another expression of joy at the freedom inherent in the automobile. Maranello is about two hours from Milan traveling the A1 to Modena, then the short run south on Via Giardini.

Here, you should do some advance planning. Maranello has only three hotels to host the constant parade of pilgrims, visiting dignitaries, and race team members. My choice has been the Hotel Europa on Via Mediterraneo. The accommodations are far less sumptuous than those in Milan, but they are charming, and you won’t soon forget Madame Innkeeper and her cat.

Spend the afternoon strolling the village center, and you’ll notice that every café, shop, and pizza bar sells Ferrari memorabilia, or at least flies Scuderia’s prancing-horse flag. Follow Via Abetone Inferiore to the factory and Ristorante Cavallino, or Via Dino Ferrari to the Galleria (the museum). Fiorano, the test track, is about one kilometer outside the village and is prominently marked on most maps. How much you can see at the track depends on what’s running that day. You might get a look at Michael Schumacher testing his Formula One racer, but don’t expect to watch development runs for the forthcoming F60 supercar.

Lunch at the Cavallino, just outside the factory, is a must. Enzo Ferrari ate here, and the engineers and craftsmen who followed him still do. The concepts and innovations that will become the next generation of Spiders could be taking shape over a plate of pasta and a glass of wine at the table adjacent to yours.

From the Cavallino, it’s a short walk to Galleria Ferrari. Ferrari has invested heavily in its museum over the last decade. The building itself is a fascinating work in glass and steel. Inside, the company history is presented in the form of vintage race cars and road cars, historical mementos, and photography. There are Formula One simulators and a theater, and if you’re so inclined, this is the place to buy official Ferrari merchandise—from literature to neckties to jewelry.

My favorite displays are the cases filled with hundreds of trophies won on five continents. Today Ferrari competes only in the F/1 world championship, and it supports the one-make Ferrari Challenge for gentlemen racers. The trophies serve as a reminder that sports cars and endurance racing, particularly Le Mans, were equally important to the founder. Most intriguing, perhaps, is the faithful reconstruction of Enzo’s austere yet elegant office.

“This has been my life, a life I would not hesitate to describe as a breathless journey,’’ Ferrari presumably wrote from the desk that now sits on display. “I have dedicated my whole life to cars: that triumph of freedom for man.’’ Given the founder’s philosophy, it’s not surprising that in an industry rife with vendors and subcontractors, Ferrari maintains tight control over every stage of production. Nowhere is this more evident than in the engine-building process. Casting, machining, and assembly of my Spider’s engine were all done by hand—as they should have been. After all, the engine powers not only the car but also the mystique. It’s the heart from which the sound and fury flow, and it’s what I feel when I close my eyes and fire the ignition.