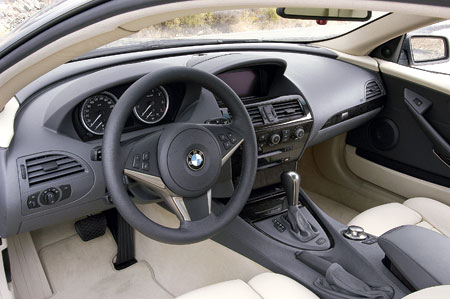 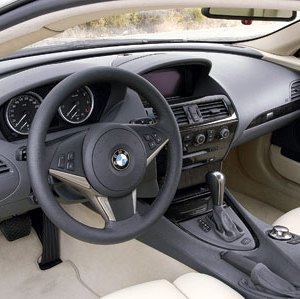 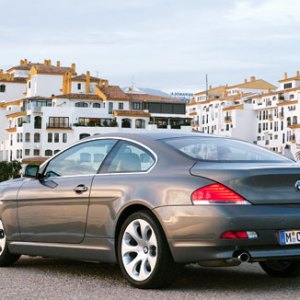 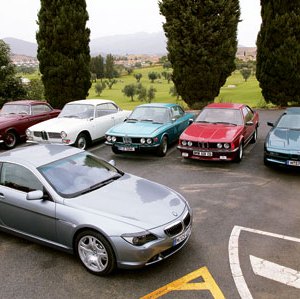 Bangle is the latest addition to the lexicon of motoring, and its definition depends on its usage. As an adjective, it has come to mean exhibiting a state of drastic revision that creates a new standard of ugliness. (BMW’s bunglesome 7 Series is another Bangle design.) As a verb, to Bangle is to defy taste and tradition by changing the lines and cues of automotive design. (He Bangled the BMW Z3 coupe by reshaping a desirable derriere into an abruptness usually created by rear-end collisions.) And the proper noun Bangle refers to the 47-year-old, Wisconsin-born, Minnesota-grown, Pasadena Art Center College of Design–schooled, recovering Fiatista who has gained mild infamy over the past 11 years as the controversial chief of BMW’s designs.

In a recent Fast Poll in AutoWeek magazine, a majority of readers agreed that Chris Bangle’s contribution to automotive design forms a fair comparison with Jack the Ripper’s approach to surgery. In protest of his designs, BMW purists launched an on-line Stop Chris Bangle petition, which at last count included nearly 8,000 signatures from those demanding that he be fired. The Z4, say critics, displays so many sculptured swirls and whorls that it appears as though it missed the chamois stage at the car wash. And an announced mid-model redesign of his snub-back BMW 7 Series has done nothing to quell this rampant Banglephobia.

Yet Bangle, good-humored, patient, and well aware that people can take a long time to adapt to change, does not believe he has betrayed history, his company, or his mandate—from the Quandt family that controls BMW—to match the competition and accelerate the company and its cars into the 21st century. Bangle also finds solace in the notion that somewhere beyond perception and angst there often awaits reality and approval.

The criticism that he has endured, he suggests, might be nothing more than another example of the automotive media and their readers not being on the same wavelength as designers and car builders. “Granted, [the response] has not been a real positive,” Bangle says. “Yet there are a lot of open-eyed people who know and appreciate what we’re doing. And that is my number one agenda: to be honest to BMW and let my designs be a firm voice for BMW.”

As he speaks on the patio of the Hotel Byblos Andaluz, which might be considered a Bangle exercise in European contrasts—a Greek-themed resort in southern Spain with a main bar named after Saint-Tropez—the designer glances at his latest statement for BMW, the 2004 645Ci coupe. It is BMW’s first 6 Series since 1989, when the late and sincerely lamented 635Csi made way for the largely unloved 840Ci two-door and its more powerful sibling, the V-12 850i. The 645Ci bridges the gap between BMW’s current senior sedan series: the 5 Series triplets (525i, 530i, and 545i) and the aesthetically challenged 7 Series trio (745i, the longer-wheelbase 745Li, and the V-12 760Li).

In terms of mechanics, however, it is not a strong bridge. The 645Ci offers the same 4.4-liter, 325 hp V-8 found at the top of the 5 Series, and therefore, all standard performance measurements, from torque to acceleration to top speed, are similar. The new 6 Series also incorporates the same aluminum running gear; the same choice of 6-speed transmissions and manual, automatic, and sequential shifting; the same extensive use of aluminum and composites from front lid to rear deck; the same suspension; and the same Active Steering that changes ratios and heft as speed increases.

So why spend the expected $70,000 on the 645Ci when, for about 12 grand less, you can purchase a 545i, which comes with two extra doors that will convince the in-laws you are always thinking of them? If looks count for anything, there is good reason: The appearance of the 645Ci is breathtaking. Gone are those Bangle bends, edges, and angles that seemed more evocative than effective—though evocative of what, we are still not sure. As any coupe should, the 645Ci appears low and lean, with a slightly wider track to imply its athletic purpose. It has road presence.

Bangle’s team has introduced a mild groove to the upper doors, a cross-pollination from the cowling of BMW motorcycles and an optical illusion that reduces the appearance of width and bulk. The rear, quite unexpectedly, has lost its look of lumps and sharp edges, as Bangle apparently conceded to those who prefer slopes and curves and nothing jarring. Even the rear spoiler is more of a discreet upper lip than an obvious aerofoil.

Bangle, despite an expressed respect for BMW’s icons, has even tampered with front-end traditions. The grille remains a two-piece unit, but instead of being shaped like a pair of kidneys, it is reminiscent of New York sirloins. The headlights are doe-eyed—it appears as though someone applied eyeliner to the inner and lower lids—and the 5 Series eyebrows remain, but they are thinner and form less of a scowl. It is an attractive front, but think twice before you take it home to meet mother.

In the interior, every knob, button, lever, and switch is positioned intuitively. The seats can be precisely adjusted for the optimal thigh and lumbar support, because this is, after all, a coupe, designed to be tossed about a bit. If there is an oddity to the interior, it is the inclusion of a Head-Up Display that projects data—speed, fuel consumption, engine revs, etc.—on the inside of the windshield. How soon they forget: Oldsmobile gave up on this nonsense more than a decade ago.

Once under way, the 645Ci spits out a basso growl from its twin tailpipes. Unfortunately, the 645Ci does not live up to its decibels or its looks. We are not talking sloth, the first deadly sin of enthusiastic motoring, but sport-watch estimates of the car’s time from zero to 60 mph averaged around 5.5 seconds, and that type of acceleration will not exactly flatten one’s ears. At diabolical speeds, even when maneuvering lightly with many meters of highway to spare, the car becomes pushy and feels much heavier than its lightly loaded weight of 4,000 pounds. On twistier stretches, it can be even less cooperative.

On the other hand, one must remember that this is not a six-figure supercar equipped with twin turbochargers, but a five-figure mass production coupe based on a family of sedans that deliver much pleasure, but do not play well in the company of champions that triple your insurance premiums. So let us be patient while we wait for the M6 that nobody denies is around the corner. (A convertible version of the 645Ci will be introduced in January at the Detroit International Auto Show.)

For the time being, however, the 645Ci can certainly be considered Chris Bangle’s redemption and his off-ramp from the road to perdition. He says he intends to continue with provocative cars, even if his designs do nudge purist and populist horizons. “If a company feels and acts conservative, their cars will be,” says Bangle. “If a company feels confident, powerful, and innovative, its products will reflect that.”

Even if the rear end of each new product seems to be the object of the designer’s obsession? Blame this, he says, on old practices that over time had reduced the BMW’s butt to a caboose, the third and trailing square in a three-box shape. “This is a traditional design area where BMW didn’t have an iconic quality,” explains Bangle. “No kidney shapes. No double round headlights.” The BMW back end became his blank canvas, and in designing its new look, which first appeared on the 7 Series, Bangle also made the trunk capable of accommodating more luggage. “That is a classic example of form following function,” he says. “It’s just one way of handling this issue of making a family [of cars]. We look at totality, not the rear end of the 7 Series, not the side roundel light of the Z4.”

All condemnation considered, BMW does not appear to have been hurt by Bangle’s bravado. Indeed, he is said to have the unanimous backing of the company’s directors, and why shouldn’t he? Sales of the Z4 are soaring, the mischievous Mini Cooper has outstripped its production capacity, and BMW’s total U.S. automobile business for 2003 was 8 percent greater than it was a year ago.

Bangle easily, confidently says he is more interested in evolving his team’s current design philosophy than creating fashion icons. Becoming everybody’s darling is another nonissue. He fully accepts the love-hate relationships that have become his lot. “If you’re in the front of the train,” he says, “you’re going to eat a lot of snow.”