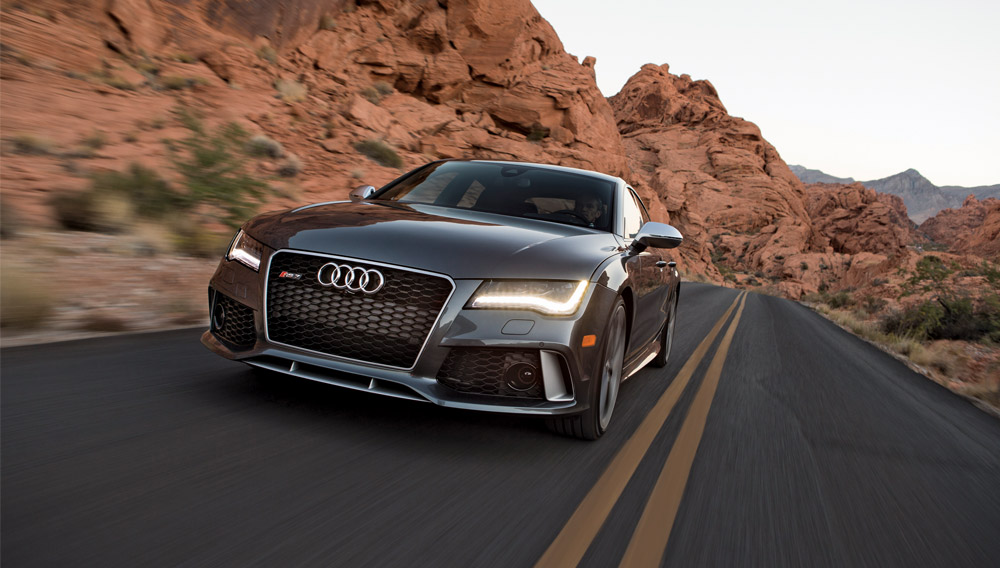 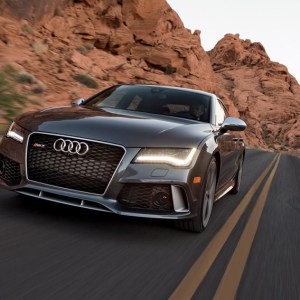 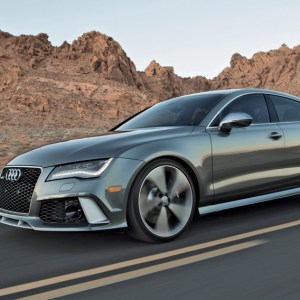 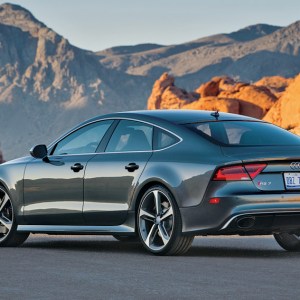 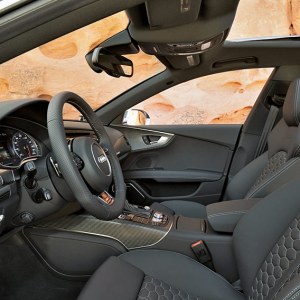 A car that pairs a 550-plus hp engine with a sedan-sized hatchback body is becoming an essential component of automakers’ lineups—German automakers, at least. This combination of explosive power and family-friendly practicality once may have seemed incompatible, but then came the 550 hp Mercedes-Benz CLS63 AMG in 2011, followed by the 560 hp BMW M6 Gran Coupe last summer. Now from Quattro—the high-performance division that is to Audi what AMG and M are to Mercedes-Benz and BMW, respectively—there is the RS 7, which arrived in U.S. showrooms in the fall. It is a 560 hp vehicle that can dart from zero to 60 mph in 3.7 seconds and carry a family of five plus their luggage for a weekend getaway.

Presumably, Audi sees sufficient demand for such a car. But the company may have another reason for producing the RS 7, a highly modified version of its A7 five-door coupe. It may have built the car simply to show that it could. As Audi pursues the position of the world’s leading luxury-car manufacturer, the RS 7, which debuted a year ago at the Detroit auto show, demonstrates that Quattro is just as capable as AMG and M of creating marvels of engineering and design.

The RS 7 also fulfills the original objective of the Quattro division, which confusingly shares a moniker with Audi’s all-wheel-drive system and its 1980s road and rally car. Audi formed Quattro in 1983 to add an element of exclusivity to the brand, and while the RS 7 may not be the only high-powered five-door coupe on the road, its $105,400 base price ensures that it will be rarer than Audi’s $64,500 A7 or the $80,200 S7, which falls somewhere between the A7 and RS 7 in terms of sportiness.

Originally, Quattro—which is located in Neckarsulm, Germany, separate from Audi’s headquarters and production facilities in Ingolstadt—provided customization services for Audi buyers. Then in 1994, when it built the RS 2 Avant wagon in a joint venture with Porsche, Quattro began producing high-performance, low-production-volume variants of Audi’s mainstream models. RS stands for Renn Sport, which is German for “racing sport,” a term that conveys the sharp-edged nature of the RS 7 and other Quattro cars.

Quattro offers fewer models to North American drivers than does the M division or AMG. The RS 7 brings the total to three, including the RS 5 (coupe and cabriolet) and the R8 (coupe and Spyder), the latter of which was Robb Report’s Car of the Year when it debuted for the 2008 model year. In Europe, Quattro offers eight different models, including the automotive-media favorite RS 6 Avant, which, like the RS 2, is a wagon and is comparable to the Mercedes-Benz E63 AMG S 4Matic wagon and the Cadillac CTS-V wagon. Audi sold about 11,500 Quattro cars worldwide in 2012 and was expecting to sell roughly 15,000 in 2013.

Like most of the Quattro cars—except most notably the R8—the RS 7 has an understated appearance that belies its explosive performance, though by Audi sedan standards, the RS 7’s looks are downright rakish. Like the A7, the RS 7’s modern, muscular styling includes menacing-looking headlamps, a low roofline, and a sharply creased rear end. Exterior features that are exclusive to the RS 7 include sharper-looking bumpers, a high-gloss black grille with a honeycomb design, a rear spoiler and diffuser, and two large, elliptical tailpipes. The grille, front air intakes, and mirrors can be finished in matte aluminum or carbon fiber.

Design treatments for the interior include black-wood trim with aluminum pinstripes, and Valcona leather stitched with honeycomb patterns. The seats are firm, as if to emphasize that the car is performance focused despite its five-door configuration. Other purposeful touches include a perforated leather steering wheel, large analog gauges, and a flip-up navigation screen that disappears into the dashboard when not in use. Though the leather upholstery can lend a tony air to the interior, it retains a snug feel that is more evocative of a sports car than a luxury sedan. The cargo space under the power-operated rear hatch is not so snug. It expands from 24.5 cubic feet to 49 cubic feet when the rear seats are folded down.

The car’s most distinguishing feature is found under the gently arched hood. The twin-turbocharged 4-liter V-8 is a modified version of the engine that powers Audi’s S6 and S7 models. The alterations squeeze an additional 140 hp from the V-8’s already robust 420 hp output and, as previously noted, enable the RS 7 to rocket from zero to 60 mph in 3.7 seconds, according to Audi; one media outlet, however, clocked the acceleration time at 3.4 seconds. Depending on the performance package, the car’s top speed is electronically limited to 155, 174, or 190 mph. In addition to 560 hp, the RS 7’s engine generates 516 ft lbs of torque.

Powerful as it is, the RS 7’s engine operates with relatively thrifty fuel consumption, because it features a cylinder-deactivation function called Cylinder on Demand. The system automatically shuts down four of the eight cylinders while the car is cruising, enabling it to achieve 16 mpg in the city and 27 mpg on the highway. Cylinder on Demand works in conjunction with active engine mounts to mask the transition from eight to four cylinders and make the switch virtually imperceptible to passengers.

To ensure the power plant’s reliability and durability under extreme driving conditions, Quattro tested the RS 7 in ambient temperatures ranging from -15° F to 122° F and ran it for a total of 15,000 test-bed hours, 600,000 road miles, and nearly 400 laps at the notorious Nürburgring racetrack. Late last year, Audi invited a group of auto writers to perform less strenuous testing of the car on stretches of highway in Nevada, where the seemingly endless, arrow-straight roads merge with the horizon like massive T squares.

In combination with a set of sticky tires, Audi’s all-wheel-drive system (the other Quattro) applied the engine’s power to the pavement effectively upon launch, minimizing wheel spin and catapulting the car forward with little drama. Though the engine emitted only a quiet whoosh, the acceleration produced enough force to pin the driver’s head against the headrest.

Because Audi’s standard dual-clutch transmission cannot handle the V-8’s torque, the RS 7’s engine is mated to a more conventional torque-converter-equipped gearbox. This 8-speed transmission’s rapid-fire gear changes are almost as fast as the near-instantaneous shifts of a dual-clutch gearbox; however, its rev-matched downshifts are not quite as smooth. But at least the RS 7 barked a wonderfully sonorous backfire during downshifts, and the transmission delivered surprisingly silky upshifts during relaxed driving.

The car’s adaptive air suspension adjusted the damping to deliver a smooth ride while the car was cruising across the desert roads and more responsiveness during aggressive maneuvers. A sport differential will send the engine torque to the appropriate rear wheel during cornering, and the Dynamic Steering (an available option) will alter the steering ratio when the car is being maneuvered through tight switchbacks.

The RS 7 offers superior acceleration and handling, the convenience of cargo space under a hatchback, and plenty of room for passengers. It may not be the ideal match for sensualists who want to be swathed in luxury, but the car embodies the once seemingly contrary traits of sportiness and functionality and offers a driving experience that belies its five-door layout.