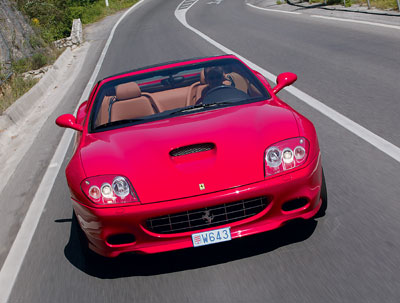 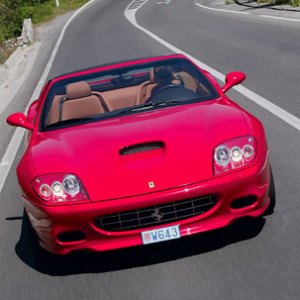 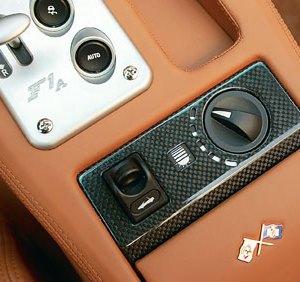 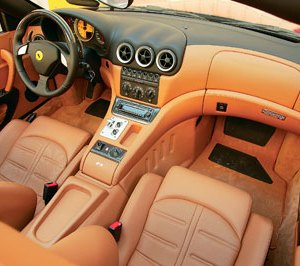 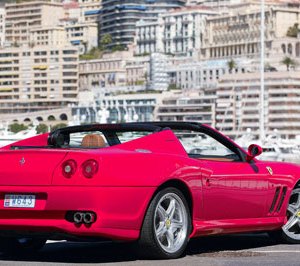 Creating limited edition automobiles can be a risque business, for too often the collectible nature of such a car is a complete contrivance. Made too many coupes? Simply repaint the leftovers, add some stripes, apply wreaths around the badges, and present them as commemorating some momentous event.

Yet, whether mild fraud or harmless gambit, limited editions of editions limited largely by the extent of the public’s gullibility have proved profitable in other arenas, where entrepreneurs have produced dubiously collectible Charles and Camilla teacups, Donald Trump bobblehead dolls, Marilyn Monroe silver dollars minted in Tobago, and the Celebrity Limited Edition ketchup bottle series from H.J. Heinz. (The Heinz company will donate a portion of the proceeds from the series to charities.) One can only imagine the investment possibilities, auction futures, or the burger-and-fries tenability of a 2005 Terry Bradshaw ketchup after it has been cellared for 40 years.

Ferrari will never stand accused of such sleight of brand. The Enzo supercar was a revelation from its treads on up, and yet Ferrari has built only 399, as it announced it would in 2003. (Although the company did produce a 400th to be auctioned off to raise funds for survivors of last year’s Asian tsunami.) In a much stingier mood in 1953, Ferrari built only two examples of the 342 America, a cabriolet by Pininfarina. In truth, with 2004 production barely trickling out 5,000 units (compared to General Motors’ weekly outpouring of 180,000 vehicles), Ferrari’s entire annual run could be considered a limited edition.

Among those 5,000 units will be 559 examples of the 2006 Ferrari Superamerica. The United States represents Ferrari’s largest market by far, with Americans purchasing more than 30 percent of the factory’s annual output, and throughout its half-century presence in this country, Ferrari has named cars in honor of its most expansive customer base for its most expensive motorcars: Daytonas and Californias, Americas 340 through 375, and Superamericas 400 through 410. One is left to presume that if Maranello’s business in Asia continues at its current pace, the world may one day see a Ferrari Superchina.

Not even Ferrari insiders can explain why the company is producing 559 Superamericas. The number may have been determined by the flip of a designer’s euro, or it could be a reference to the car’s engine displacement, or perhaps it is a sum that is one less than management’s guess at what total sales would be if production were unlimited.

Regardless of why Ferrari is building that number of Superamericas, each already was purchased, at a price of about $340,000, during this year’s Los Angeles, Detroit, and Geneva auto shows, where the company presented the prototype. Such demand, and the collectible value of the car that such demand creates, is the unwritten warranty attached to the purchase of any Ferrari. Indeed, of the 10 most expensive cars that ever changed hands at auction, four were Ferraris. The company sells every car that it makes—without any print or electronic media advertising. With the broad, constant (and free) attention paid to its racing program, additional promotional campaigns seem unnecessary. Ferrari could build a purple, 4-cylinder hatchback, and as long as its nose was adorned by a yellow shield with a prancing horse, lines would form at every showroom.

When the Superamerica—an innovative, super powerful convertible—made its media debut this past spring in the south of France, nothing could deflect the public’s attention from it: not the raising of stands and crash barriers for the Monte Carlo Grand Prix, nor the yachts and celebrities assembling a little farther down the Côte d’Azur for the Cannes Film Festival, and certainly not the Astons, Bentleys, and vintage Rollers parked outside the Hotel de Paris. The Superamerica, top down and painted black, was the background of choice for visitors’ Canon PowerShot moments. Would you take a picture of my wife and me in front of the Ferrari? Mais oui. May we look inside? Pas de probleme.Even Alain Ducasse and his haute cuisine took a backseat to the two-seater after we drove it on a 100 mph trundle across Provence to the Michelin magician’s hideaway restaurant at the Hostellerie de l’abbaye de la Celle on the Aix-Nice highway near Brignoles. Luncheon service seemed a little casual, and it could well have been because the waiters and kitchen staff were outside, taking turns examining our Superamerica. One cannot be sure that admirers recognized the car as yet another adaptation of Ferrari’s stalwart, front-engined, V-12 575 Maranello. But to a monsieur and a mademoiselle, they knew the lines, sensuality, and unique ethos of a Ferrari when they saw one and were besotted.

The Superamerica obviously is a decapitated 575M with a revised rear end, and it could serve as a bridge between the first Maranello of 1996 and Ferrari’s replacement V-12 berlinetta, which is not due to be revealed until next year. However, Ferrari is employing the Superamerica as a rolling test bed. The 5.7-liter engine has been polished to produce 25 more horsepower than the one that powers the 575M, for a total of 540 hp. That, says Ferrari, will deliver a top speed of 199 mph and the right to brag about owning the world’s fastest convertible.

The hard top, a hinged panel of glass and carbon fiber that pivots up, back, and away in 10 seconds without intruding on luggage space, represents new electrochromic technology, the same science that has produced photochromic sunglasses to protect the eyeballs of sun worshipers. Using the five-position switch located on the transmission tunnel, you can adjust the roof’s tint from the gray of a conventional glass moonroof to the midnight black of a limo’s windows, which blocks all but 1 percent of the sun’s rays.

Despite its innovative hard top and its Captain America muscles, the Superamerica performs in a fashion similar to the relatively geriatric Maranello. The F/1 gearbox paddle shifting (a 6-speed manual also is available) is not quite up to the smooth snuff of the 2005 F430. The Superamerica moves and maneuvers as obediently as a Ferrari should, yet it still feels sub-par and, well, like a 7-year-old car. Reverse remains a plague involving a toggle switch that has been poorly positioned on the center console and makes a nightmare of three-point turns.

Still, this is a Ferrari, and so it offers a bloodline, exclusivity, performance, and a sense of personal prestige and inner satisfaction far removed from those associated with any other sports car. And as a Ferrari, it will retain its value about as well as Manhattan real estate, and certainly far better than a bottle of ketchup.