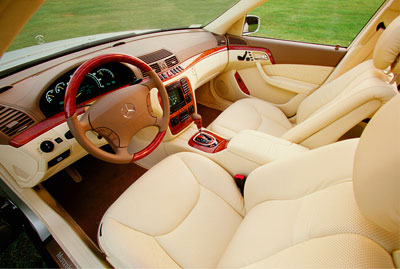 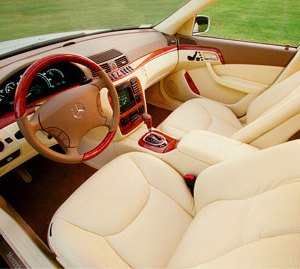 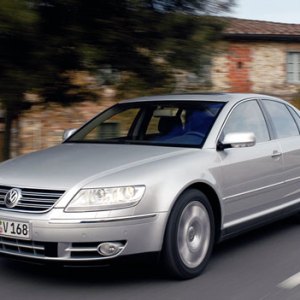 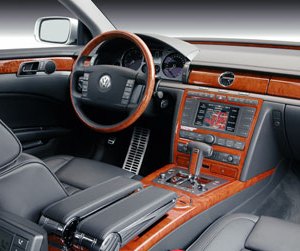 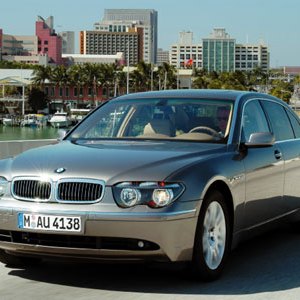 Before the empty moonlit highway can seduce you to sleep, your car springs into action. Its onboard computer senses your drowsiness and lowers the cabin temperature, maps out a route to the nearest rest area or gas station, and checks for vacancies at local hotels. Then a pleasant but firm voice interrupts the Chopin CD in your sound system to recite jokes, ask riddles, and perhaps even inquire if you caught last night’s ball game—anything to engage your attention and prevent you from nodding off.

This lifesaving scenario is not science fiction. Voice recognition technology with these capabilities is already being developed. Within 10 years, your car’s onboard computer, acting more like a copilot or personal assistant, will recognize your voice, monitor your vital signs, analyze your driving behavior, and understand your intentions. It will interact with the car’s electronics, the Internet, and your PDA. Most important, your car will speak, not only to you but with you.

“I can see a time when cars will actually initiate conversations,” says Patty McHugh, director of telematics for IBM’s pervasive computing division, which helped develop Honda’s latest VR system. “Even though voice recognition has a long way to go—filtering out road noise, recognizing regional accents, speaking with a natural-sounding voice—VR is already the best way to make sure drivers keep their hands on the wheel and their eyes on the road. It lets drivers operate a lot of the car’s electronics without a lethal loss of attention.”

Sitting behind the wheel of any luxury car, with all of its gizmos and gadgetry, can be an overwhelming experience. The number of devices competing for attention is staggering. The Volkswagen Phaeton and the Mercedes-Benz S600 place more than 40 buttons within the driver’s reach. Add all of the possible adjustments for each device, and it is no wonder that manufacturers regard VR as the best way to keep their customers from distracting themselves to death. “It’s a lot safer to speak to a computer than it is to fiddle about with buttons or to look at a video screen while driving,” says Chris Willows, BMW UK’s public relations chief. “Voice recognition will eventually take over the lion’s share of the work in the car.”

Willows’ declaration is surprising, considering that BMW spent millions developing and promoting its iDrive controller and software for the 7 Series sedan. The system, which has a rotary mouse as its centerpiece, enables 7 Series drivers to control more than 700 functions with a twist of the center console–mounted dial. At least that is what the iDrive was designed to do. BMW’s mother-of-all-knobs has been universally panned as an overcomplicated distraction, prompting the company to simplify the device for the upcoming 5 Series.

As an additional response to iDrive criticism, BMW installed a VR system called SVS in all of its 7 Series machines. However, like many other VR mechanisms, SVS is flawed. The driver must learn a wide range of specific commands, and even if the correct instructions are delivered, the computer might still have difficulty following them. Ask the 760Li to “turn off the sat nav,” for instance, and it might turn on the radio. Order it to turn off the radio, and it could turn on the notebook device. Curse at the VR, and it might turn off the route guidance system. But even with its kinks, the SVS is not nearly as frustrating—or as dangerous—to operate as removing your hand from the wheel to scroll through the iDrive’s on-screen menus and submenus simply to change a CD.

Jaguar’s Taj Kailey, the company’s principal engineer of interactive communications, acknowledges that none of the existing VR systems is perfect, but he insists that they will improve. “In the future, VR will be even more reliable and intuitive,” he says. “Ultimately that’s going to make our cars safer to drive.”

Kailey recalls a time when VR systems accepted only clunky rote statements. While drivers previously had to recite a “CD, play disc two, track seven” command, such mouthfuls have been replaced by more streamlined “track seven” instructions in new vehicles such as the 2004 XJ sedan.

Concerns with improving safety may have pushed VR through its your-door-is-ajar infancy, but it is no longer the technology’s driving force. Now there is another reason to talk to your car: so that it can talk back. With General Motors’ OnStar concierge service, members can enjoy contact with a live personal assistant, whose services can include checking flight times, ordering flowers, or making hotel reservations.

Eventually, a computer-operated system will offer similar services for a fraction of the cost of training and employing a live assistant. It could read e-mails, provide guidance around traffic jams, and reserve symphony tickets. Werner Hamberger, director of Audi’s operating concepts department, envisions a system he calls “intelligent VR” that will deliver an unparalleled level of customer service. “Your car’s computer will regularly communicate with a remote diagnostic center,” Hamberger explains. “When the center anticipates or detects a mechanical problem, it will either warn you immediately or contact your local dealer for an appointment. Your in-car computer will check your Outlook Express schedule. At the appropriate time, the car’s computer would then verbally suggest a date for service.”

Such proactive VR systems could have drawbacks. For example, every time you approach a particular gas station, an intrusive VR mechanism might ask if you would like to pull over for a cup of coffee and a morning newspaper. Such a scenario is not beyond imagination; Shell and BP pay Honda a fee for displaying their logos on the carmaker’s satellite navigation systems.

While an intelligent VR system could prompt you with a sales pitch depending on your location and the carmaker’s marketing partnerships, it could also offer helpful suggestions, such as reminding you, as you drive by a jeweler several days before an anniversary, to purchase a necklace for your wife. “There’s a not-so-fine line between delivering relevant customer-request information and asking them if they want to buy a particular product at a particular time,” says Thilo Koslowski, the lead auto analyst for GartnerG2, a Stamford, Conn.–based research firm. “Car-makers have got to make sure their VR systems aren’t intrusive. They must use them to reinforce their brand above and beyond anyone else’s.”

After all, cementing brand loyalty might be an automaker’s most important quest. Today, when luxury cars are often identically priced and offer similar styling, performance, and safety, brand perception can be the strongest influence on a purchase. A top-of-the-line VR system, seamlessly integrated with a car’s existing capabilities, can make a pleasant driving experience even more enjoyable. “With a fully interactive VR system, our cars can have a distinct personality,” says Honda spokesman Andy Boyd. “For example, a sports car like the NSX might sense you were on a twisting road and ask if you wanted a stiffer suspension setting. A luxury model could come equipped with a suitably relaxing voice like Michelle Pfeiffer’s. The possibilities for customer bonding are endless.”

The prospects of a fully conversational car, connected to both the Internet and the manufacturer, asking questions, responding to your behavior, and making suggestions may seem unnerving to some, but not to IBM’s McHugh. “We’ve come a long way from those first speaking cars—the ones that kept repeating ‘your door is ajar’ in a really annoying voice,” she says. “Today’s synthesized voices sound more realistic and they respond faster to spoken commands. It’s gotten to the point where talking to the car is becoming second nature. Cars could eventually have patented brand-specific personalities.”

Judging from the careful neutrality of the voices that manufacturers use for their VR systems, it will probably be quite some time before they market a car’s personality. How long, though, before a Jaguar suggests a route home in the reassuring tones of an English butler, or before a Ferrari senses your slow progress, revs the engine, and shouts, “Avanti! Avanti!”? We spend enough of our time speaking and singing and cursing in—and sometimes at—our vehicles. Perhaps it is time they joined the conversation.