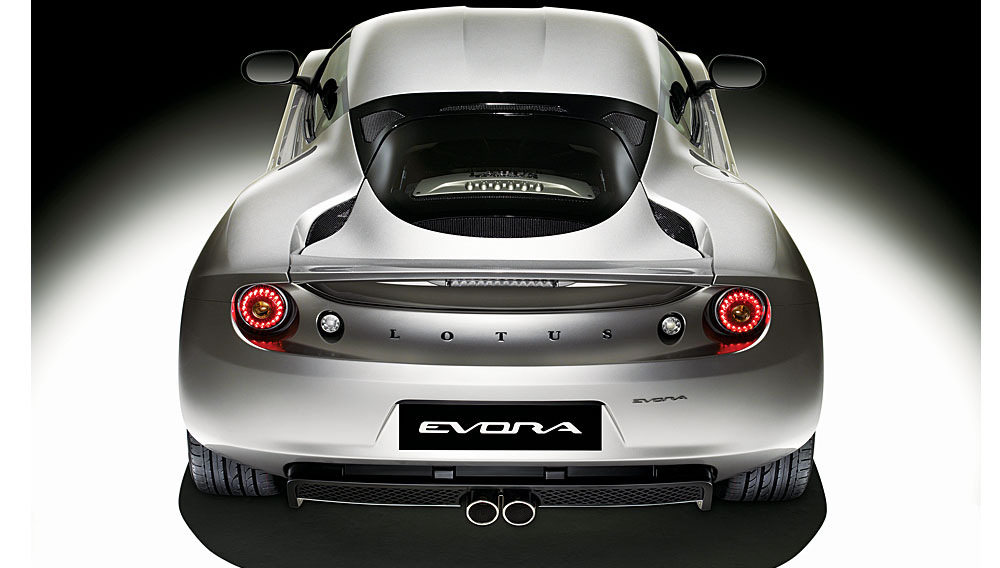 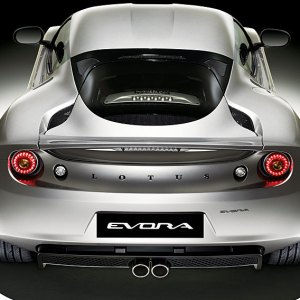 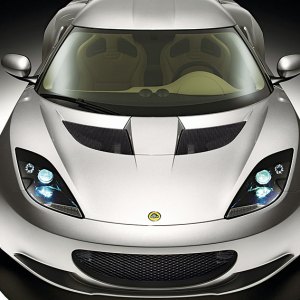 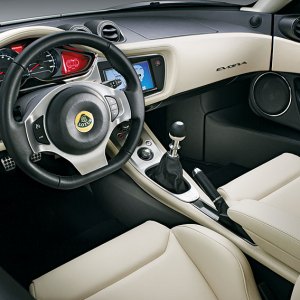 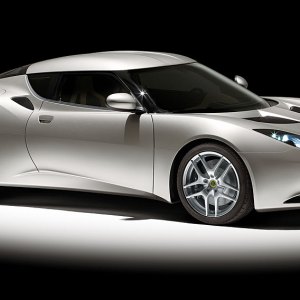 When Colin Chapman founded the Lotus Engineering Company in 1952, he adhered to one simple idea: “To add speed, add lightness.” His unwavering determination to build the lightest and fastest cars for Formula One racing attracted many of the world’s best drivers—Stirling Moss, Jim Clark, Ayrton Senna, and Mario Andretti, to name a few—and led to numerous podium finishes. Before his death in 1982, Chapman witnessed his team outrace Ferrari—which won its first Grand Prix some nine years before Lotus even began competing—to become the first team to hold 50 Grand Prix victories.

The only real drawback to Chapman’s lightweight policy came in the form of his production cars. From the first Elite to the modern-day Exige, Lotus cars were fun to drive but impossible to enjoy on a daily basis because of their extremely limited cabin space. Owning a Lotus required a willingness to sacrifice creature comforts—and schedule time for chiropractor appointments—in exchange for speed and handling.

Lotus owners’ driving experience—and the company’s creed—shifted, however, with the Evora. When the four-passenger sports car took the stage at the 2008 British International Motor Show, it was noticeably larger than its Elise and Exige siblings. The Evora’s dimensions opened the door to criticism from the brand’s loyal purists, but the vehicle’s size was not without merit. It was the result of practical considerations. Lotus’ then CEO Mike Kimberley, who left the company in 2009, wanted to be able to get into the Evora and drive it comfortably. Fulfilling the 6-foot-5-inch executive’s wish was no easy task for the Lotus engineering and design teams.

The Evora easily accommodates a man of Kimberley’s stature (the car’s front seats can accommodate two 6-foot-8-inch adults), but it puts a damper on Chapman’s demand for speed and lightness. The 3,047-pound car, with its Toyota-sourced 3.5-liter V-6 engine and 6-speed transmission, is more than 1,000 pounds heavier than the 2010 Exige S 260 Sport. Lotus engineers tuned the Evora to send 276 hp and 258 ft lbs of torque to the rear wheels, though some brand faithful still might be dissuaded from purchasing a sports car equipped with a Toyota Camry power train. Do not be fooled by names and numbers: Lotus engineers somehow managed to squeeze every ounce of performance out of the engine, which they chose, in part, for its reliability and fuel economy.

The 27 mpg Evora reaches 60 mph from a full stop in less than five seconds and carries on to a top speed of 162 mph. But, as with the Elise and Exige, the Evora’s most impressive performance is not its straight-line speed but its ability to attack canyon roads and race circuits. The same exacting principle that has enabled Lotus to build the world’s best-handling sports cars informs the Evora’s ingenious design: Nothing is superfluous or out of place.

The double-bubble roof that provides additional headroom in the interior, for instance, also provides a center channel that funnels air directly to the rear wing, optimizing aerodynamic downforce at higher speeds. The rocker panels are scalloped up to make the car appear lower, sleeker, and more aggressive, but they also create narrower doorsills that enable passengers to get in and out of the car in a civilized manner—something not possible with the Exige. Like Lotus’ smaller cars, the Evora has a mid-mounted engine, but the engine’s packaging is a stroke of brilliance. The Evora’s V-6, like all V-configured engines, is at its widest when it is upright, and if it had been mounted in this manner, it would have taken several more inches of space from the rear seats or much of the trunk. Instead, the whole powertrain has been rotated downward roughly 15 degrees to conserve space, leaving enough room for two children in the backseats and two golf bags in the trunk.

Confident in the Evora’s ability to satisfy the marque’s faithful track-day followers and attract prospective owners interested in a daily driver, Lotus recently invited Robb Report to its North American headquarters just outside of Atlanta to test the car firsthand.

The graphite-gray Lotus Evora parked in the pit lane at the Road Atlanta raceway in Braselton, Ga., was one of only two in North America at the time of our test-drive, so a few Lotus staff members were on hand to go over the ins and outs of their new sports car.

At first glance, the Evora did not appear to be dramatically different from the smaller Elise and Exige models—only the powertrain, taillamps, and a few nuts and bolts carry over—yet every part of the driving experience was refreshing. Stepping into the cabin was a relatively simple endeavor, and appreciating the interior was made easier by driver-friendly styling, including an uncluttered dashboard and plush yet supportive leather seats. (Currently the car is available only with a 6-speed manual transmission—perfect for the traditional Lotus customer. The British automaker hopes to reach a new demographic with the optional automatic gearbox that it will produce for next year’s model.)

Rowing through the gears while on Road Atlanta’s 2.5-mile circuit felt right from the driver’s seat. The steering was direct and exceptionally accurate, while the suspension remained tight, not jarring or uncomfortable. Pressing the Sport button offered a more sensitive throttle response, a higher rev limit (from 6,800 rpm to 7,200 rpm), and less intrusive traction control. But the Evora’s most striking quality was its balance and handling through some of the track’s most difficult corners. Thanks in large part to its three-part 440-pound chassis—which Lotus calls Versatile Vehicle Architecture—the Evora is 50 percent stiffer torsionally than a Ferrari F430, and consistently recorded a lateral g-force measurement of 1.2 on the skid pad during our drive.

Neither magnetic ride control nor other computer control systems are required to force the car to behave. With its light, low, and rigid foundation, the Evora relies solely on the precise engineering of its dampers and springs to make it one of the best sports cars on the market today. This is a car that builds confidence; this is a car that makes the driver feel like Jim Clark.

No matter how hard I pushed it, or how much speed I took through the corners, the Evora was always begging for more. After 20 laps on my own, I enlisted Skip Barber Racing School instructor Brian Cunningham to take me around the track, and he voiced his opinions. “Nothing upsets the balance on this car,” noted Cunningham, as he allowed a tire to hang off the tarmac. “It’s extremely rare that a car actually offers brakes, suspension, and a chassis that all outperform the engine.”

Lotus says there is a reason for this unlikely marriage of supercar handling and economy car–type power. The automaker plans to incorporate its Versatile Vehicle Architecture (VVA) into the forthcoming replacement for the venerable Esprit. Indeed, the groundwork for Lotus’ ultimate supercar can be found beneath the body panels of the Evora: The changes to the VVA chassis required to build the Esprit could be as simple as the addition of a different rear sub-frame to house the car’s new powertrain.

But to advance the development of the next Esprit, Lotus must first ensure that the $73,500 Evora meets its worldwide sales goal of 2,000 examples per year, no more than 800 of which will be allotted to the United States. Those who might consider waiting for a more powerful offering from the automaker should bear in mind that the Evora’s power numbers belie its true capabilities. The Evora is simply and utterly fantastic in every way. Drive the Evora just once, and you will never let it go.