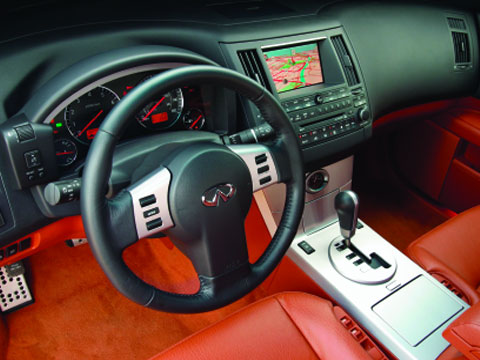 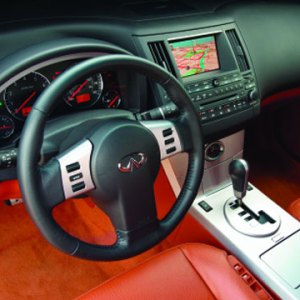 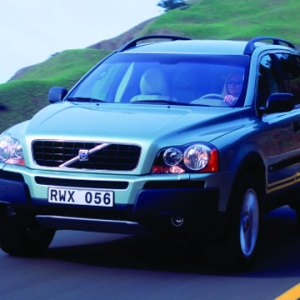 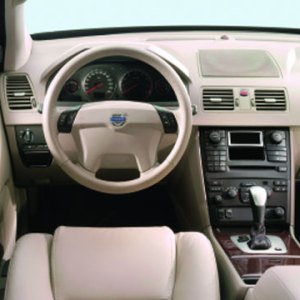 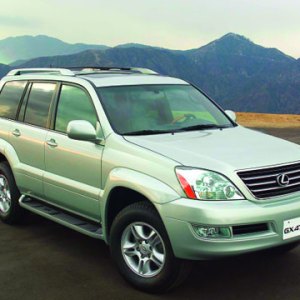 While the term “sport-utility vehicle” (and its ubiquitous acronym) entered our national lexicon barely 15 years ago, the concept of four-wheel-drive vehicles combining off-road capability with buslike rows of seats and copious cargo space is decades old.

The Jeeps, Broncos, and Suburbans of yore, however, languished on the periphery of the passenger car market with ad hoc designations like 4×4, until their SUV successors—cleverly marketed as rugged and stylish rebuttals to the minivan-cursed 1980s—acquired a fresh, sportier sobriquet, along with a major piece of the American automotive market.

This popularity, of course, has bred diversity. Recent model introductions bring a spate of crossover SUVs, with designs based on car rather than truck chassis. These crossovers combine the perks many drivers yearn for—ample space, a loftily positioned driver’s seat, and excellent traction under slippery conditions—with a lithe performance previously reserved for cars. Off-road capabilities are generally sacrificed in this equation, though few prospective buyers balk at the forfeiture, given that they seldom stray from the asphalt. Trailblazers in the crossover crowd, such as the premium-marque Mercedes-Benz ML500 and the BMW X5, have recently been joined by Infiniti’s FX45 and the Volvo XC90. And for those who still like to know that their SUV can tackle the Rubicon Trail, Lexus released its more traditionally robust GX470.

Probably the most outrageous fashion statement ever to be labeled an SUV, Infiniti’s $46,000 FX45 bears the exaggerated lines of an experimental prototype rather than the more subdued lineaments of a final design. Its muscular curves, sharklike prow, and outsize 20-inch wheels place the FX45 in an aggressive stance even when at rest. Infiniti has made much of the 315 hp that the 4.5-liter V-8 generates, and the FX45 does indeed offer dramatic forward thrust. Nevertheless, when climbing winding roads or starting from a stop, full exploitation of the power on tap requires using the 5-speed automatic’s manual shifting feature. The FX45 takes complete advantage of its crossover underpinnings and is intended for spirited driving; it can be thrown into curves with a gusto that no traditional SUV should attempt. The trade-off for all of this grip is a ride that might be too stiff for some drivers.

The FX45’s highly individual exterior design carries over into the interior, where unusual dashboard details and materials surround elegantly shaped seats. The cabin space exceeds the expectations set by the somewhat abbreviated (by SUV standards) exterior dimensions, accommodating four passengers quite comfortably with plenty of rear legroom and offering ample cargo room. Infiniti has carefully positioned the FX45 as a sports car for those who have their practical side, too; its sensible considerations reassure us that the FX45 has achieved this balance.

While the Infiniti is gleefully brash, the Volvo—appropriately—takes a more understated route. The $44,000 Volvo XC90, also a crossover, shares handsome styling cues and a platform with its sedan brethren, and its acceptably powerful twin-turbocharged 2.9-liter 6-cylinder engine produces 268 hp. Whereas turbo lag and the vehicle’s 4-speed automatic gearing conspire in some situations to inhibit strong acceleration, the transmission’s gears can be manually selected to optimize perfor-mance. The XC90 has predictable and neutral handling, remaining flat through curves, and it is equipped with Volvo’s Roll Stability Control system as an added safety measure.

The ride is exceptionally smooth, if a bit soft, and draws rave reviews from passengers. Well thought-out and trimmed in high-quality materials, its interior space is still somewhat limited: The second row of seats is not wide enough for more than two adult passengers, and legroom is somewhat restrictive. However, the forward-facing third row of seats, which is intended for small children, folds flat to create a vast cargo area. Ideal for a young family—and, indeed, any Volvo loyalist—the XC90 makes an excellent alternative to a minivan or station wagon.

Of this trio, the $45,000 Lexus GX470 represents the old-school approach—a traditional, truck-based SUV. Powered by a 4.7-liter V-8 that puts out 235 hp (the least vigorous in this group), the GX470 nevertheless accelerates smartly, and the engine pairs beautifully with a 5-speed automatic transmission that makes power easily accessible under all driving circumstances. The perfectly modulated ride provides excellent driver feedback and passenger comfort. Because it is a traditional SUV, the GX470’s on-road handling is less carlike than the Infiniti or the Volvo, and so it corners less precisely than those crossovers. That said, the Lexus offers completely acceptable handling for its class.

With a higher ride height than the other SUVs discussed here, the GX470 requires a more strenuous passenger entry, though the lighted running board offers a boost. Interior space is ample and includes a third-row seat that, like the Volvo’s, is intended for smaller occupants. The back of this third-row seat folds flat, but remains a sizable presence in the cargo area, limiting storage. Despite its leather-trimmed interior—up to usual Lexus standards—and the terrific Mark Levinson stereo, the GX470 remains a proper 4×4 vehicle, admirably equipped for serious off-road applications.

As a reflection of the SUV market’s increasing personalization, each contestant in this SUV trifecta has been designed for a distinct potential buyer. The Lexus will appeal to the traditionalists who drive their SUVs off-road—or who at least want to know that, should the need arise, the off-road capability is there. The Infiniti’s brash performance and style will likely attract buyers who have never considered an SUV before, while the Volvo’s safety features and thoughtful design will readily gain the confidence of that marque’s traditional customer base.

Off-Road, on Time: Watches for the SUV driver.

Hublot’s 1910 Tantalum ($21,900) is not a fashionably oversized watch, but it manages to convey authority nonetheless. The new model exudes a subdued elegance, but when you strap it to your wrist you’ll be astonished by its unexpected heaviness. A case made from the rare element tantalum is responsible for the surprising heft as well as its blue-black mien. Tantalum is a wonder metal with properties that render it suitable for tricky applications—nuclear reactors are lined with the stuff. The Tantalum’s owner will appreciate how the timepiece imbues him with a sense of power, but to everyone else, it simply comes across as a handsomely understated watch.

Most Rolex owners will tell you that the quality of the watch is most evident in the way it works. The Oyster Perpetual GMT Master ($3,950), for example, is hardly the latest or most complicated wristwatch to display a second time zone. Rather, its popularity stems from its ease of operation and reliability. Every other feature of the watch, including its styling, has stood the test of time, and this longevity is an inseparable part of its prestige.

To the turtlenecked design cognoscenti, Ikepod watches are a must-have contemporary statement. Designed by Marc Newson, no stranger himself to car interiors, Ikepod is the consummate application of the soft, organic line to a wristwatch. The striking Platypus ($3,350) model illustrates this better than most; it seamlessly translates the classic square shape into an ultramodern lozenge. Ikepods exhibit a whimsical element, but the proportions and detailing represent meticulous planning. The design is of paramount importance, but they are still Swiss-made, so the quality will appeal to watch lovers of every stripe, regardless of whether the Alessi catalog serves as your bible.