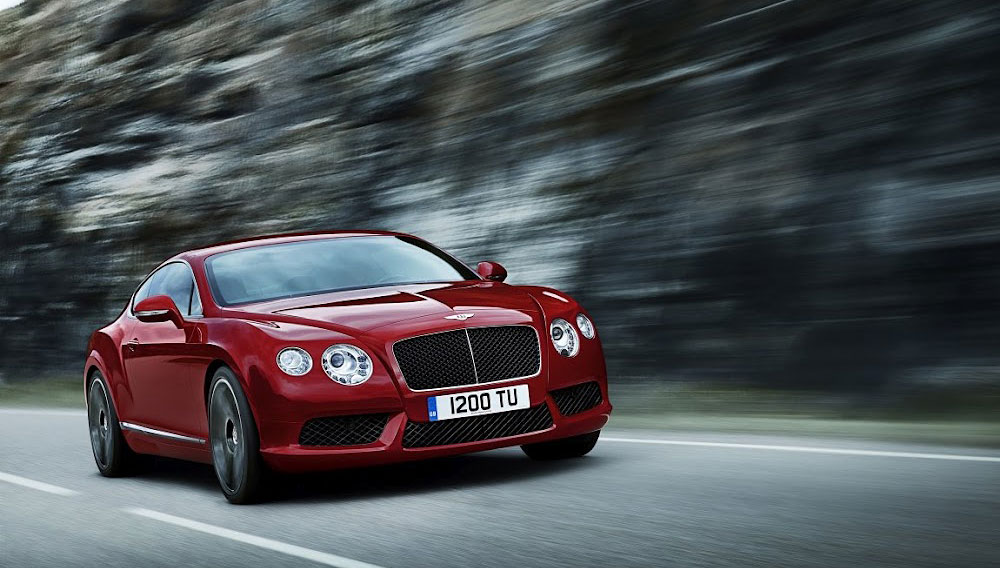 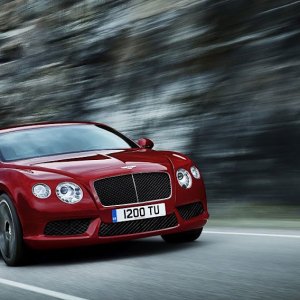 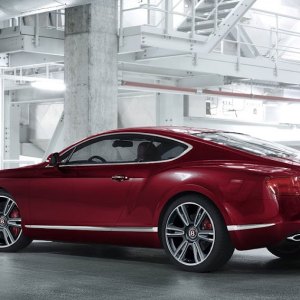 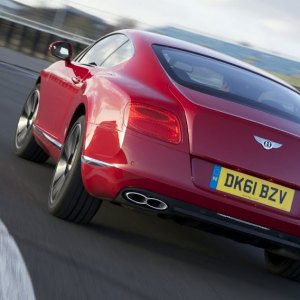 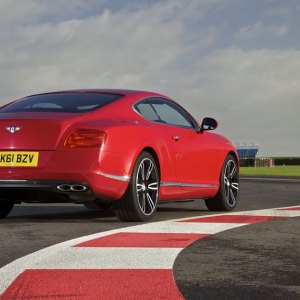 Typically, automobile manufacturers will ratchet up a car’s performance from year to year to keep enthusiasm at a boil: bigger engine, more power, more speed. Bentley is about to take a somewhat different tack with its acclaimed Continental GT coupe and Continental GTC convertible. For the 2013 model year, the British automaker’s two-door models—heretofore motivated only by a supremely smooth and titanically powerful 6.0-liter W-12 engine—will offer a highly advanced twin-turbo V-8.

The new engine, a 4.0-liter V-8 developed with corporate cousin Audi (which will employ versions of it in its S6, S7, and S8 models), makes use of twin turbochargers and a host of cutting-edge technologies, including direct fuel injection and a variable-displacement system that shuts down four cylinders during highway cruising and deceleration for improved efficiency. Bentley claims a 40 percent improvement in fuel consumption and exhaust emissions; the GT V8 will cruise for 500 miles between fill-ups.

Of course, it’s not all about mpg’s and tailpipe emissions. Performance matters, and the new V-8 delivers, cranking out an impressive 500 hp and 481 ft lbs of torque through a new 8-speed automatic transmission and, of course, a rear-biased all-wheel-drive setup. Bentley claims the GT V8 will find 60 mph in a scant 4.6 seconds and press on to a top speed of 188 mph.

When the 2013 Continental GT V8 and GTC V8 go on sale later this year, they’ll share the showroom with Bentley’s new-for-2011 Continental GT and GTC. And it’ll take a keen eye to discern an 8-cylinder Continental GT from its 12-cylinder counterpart. Look for the black rear valance panel with twin “figure-8” tailpipes, and red enamel winged-B emblems on the grille, the deck lid, and the wheel centers. To the ear, however, there’ll be no mistaking the two: whereas the W-12 delivers a muted, turbine-line thrum, the high-revving new V-8 has a high-pitched, goosebump-inducing snarl at full throttle.