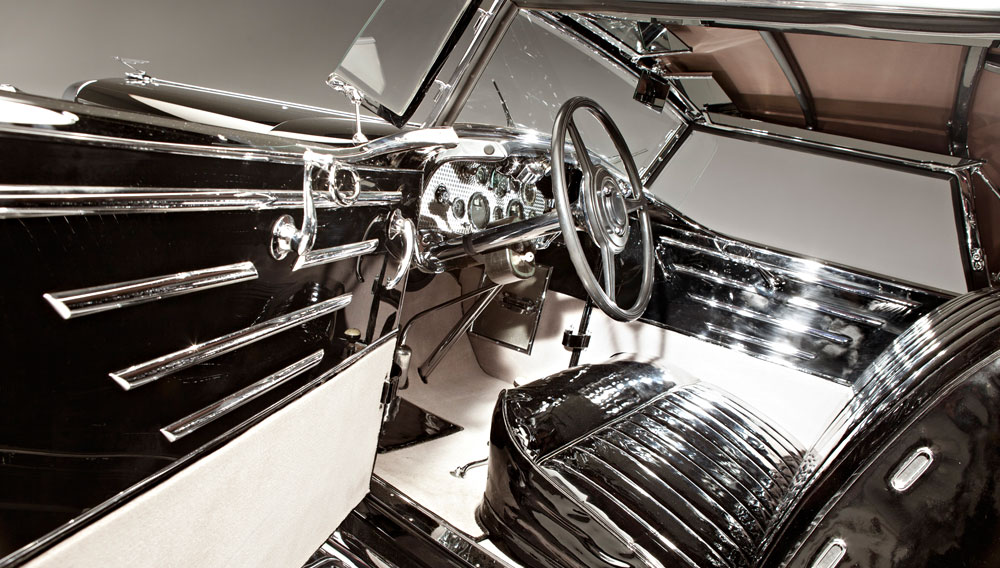 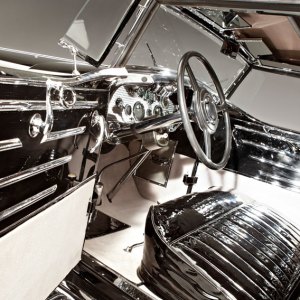 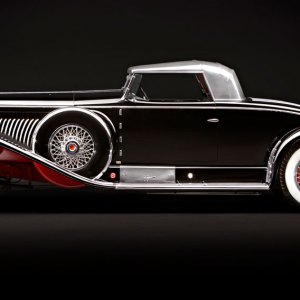 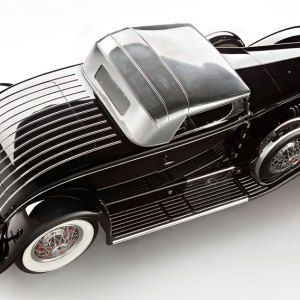 One of Duesenberg Motors’ best customers was George Whittell Jr., a notorious San Francisco playboy who was heir to a fortune, ran with “questionable” women, raced his cars through city streets, and provided regular fodder for the tabloids. He was also an astute investor who sold $50 million in stock just before the market crashed in 1929, leaving him with plenty of money for airplanes, speedboats, and cars, including half a dozen Duesenberg Model Js.

Among his Model Js was a 1931 black-and-chrome long-wheelbase two-passenger coupe that represents a design collaboration between Whittell and Franklin Q. Hershey, a young stylist for Murphy coachbuilders who would later achieve legendary status at General Motors and Ford. The one-of-a-kind car is expected to garner a record price for a Duesenberg when it goes up for bid during Gooding and Co.’s annual Pebble Beach auction August 20 and 21 at the Pebble Beach Equestrian Center. Viewings of all the cars that will be auctioned are scheduled for August 17 through 19.

The Duesenberg’s unique features include a cascade of chrome strips running down its rear deck, nautical navigation lights, and (instead of a rumble seat) a trunk with a secret compartment that was used for transporting alcohol during Prohibition. The car’s most distinctive feature is a polished aluminum faux convertible top, which is complemented by a chrome-plated folding mechanism, oak bows, and a wool headliner.

“With this gorgeous low windshield at just the right angle,” says Gooding and Co. founder and president David Gooding, “there is not a single angle or line you would change.”  (310.899.1960, www.goodingco.com)