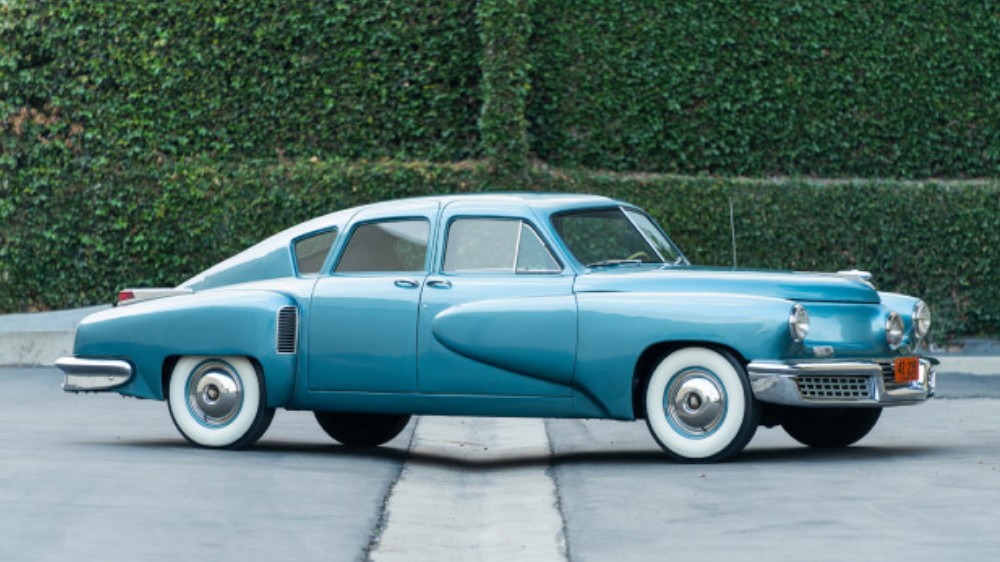 The Big Three—General Motors, Ford and Chrysler—have long ruled over the American auto industry. But somehow that didn’t stop ambitious automakers like Preston Tucker from working to find a place in the American auto market. Now, as a testimony to that gumption, a pristine example of the entrepreneur’s famous creation, the Tucker 48, is expected to command seven figures when it crosses the block early next year.

In January, Gooding & Company will auction off a rare blue 1948 Tucker 48 as part of its big Scottsdale 2020 sale. One of just 51 Tuckers to roll off the assembly line, and one of only 12 finished in metallic cerulean, the car is a true piece of automotive history that is sure to pique the interest of vintage car collectors.

Shortly after World War II ended, Tucker got to work developing a vehicle that he hoped people would call the “car of tomorrow.” The result was the Tucker 48, an innovative sedan with a low-profile, aerodynamic curves, a spacious interior, rear engine and a center headlight called the “Cyclop’s eye.” Though the car is now viewed as a classic, reception in 1947 was less kind and by the next year—after an SEC investigation, a fraud trial and plenty of negative press—the company was out of business.

Despite its initial reception, the Tucker 48 is now viewed as a true classic of midcentury car design. This particular model, chassis no. 1034, is one of the finest examples of the car completed before production was halted. Finished in Waltz Blue, which is believed to have been Tucker’s wife’s favorite color, the car has been kept in immaculate condition for the last 71 years and only has 6,200 miles on the odometer.

“Preston Tucker’s foray into the automotive industry represents the most courageous attempt to disrupt the status quo of the Big Three, and this Tucker 48 is one of the finest examples that remain in existence,” said David Gooding, the auction house’s president and founder. “The company’s contemporary construction and advanced features are widely acknowledged as an important part of automobile history.”