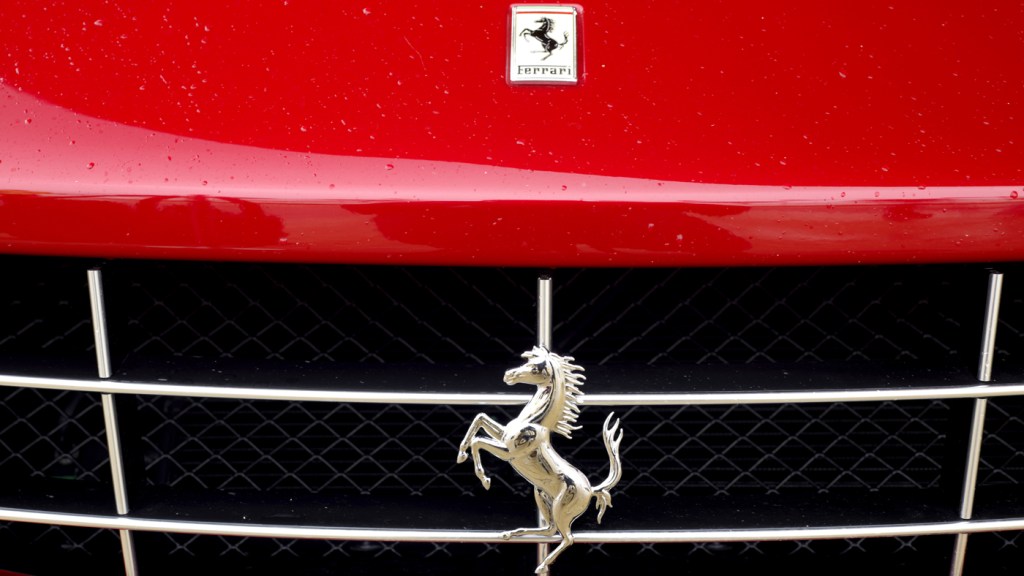 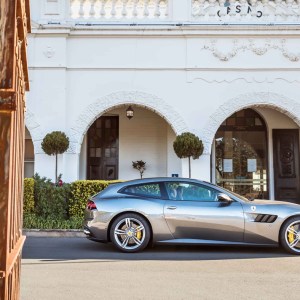 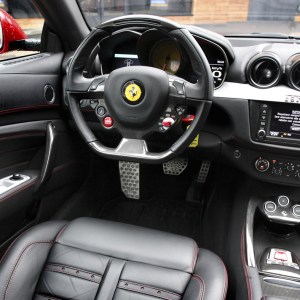 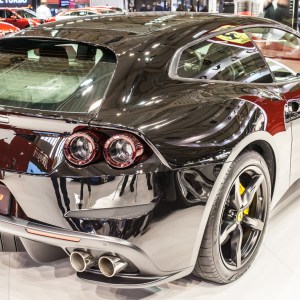 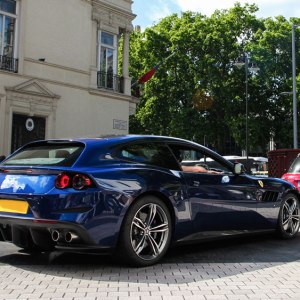 Et tu, Ferrari? You are going to make an SUV? The Prancing Horse was the one brand we were sure would never surrender to the tidal pull of the SUV and crossover market. Let us march on Maranello to show our displeasure. Call it the Millionaire Man March.

Ever since CEO Sergio Marchionne spun the company off Fiat Chrysler Automobiles, the possibility of a heretofore verboten SUV has seemed ever more likely. The independent company has to survive on its own, and Marchionne indicates that he wants sales of 10,000 or more a year. To achieve that, a high-riding Ferrari may well appear by 2021.

But hold on to your outrage for just a moment. Four-seat Ferraris have a long and happy provenance, beginning in earnest with the 1960 250 GTE. That was a 2 + 2, likely to hold only small children or bags in the rear, but it was a Gran Turismo in the great and classic sense. In the late 1960s, Ferrari released the 365 2+2, which was larger inside and out, and a more gorgeous GT I defy you to find. (You can still pick one up in good condition for around $250,000 today. I want one for my birthday, badly.)

The backseats of the 456 GT demonstrate Ferrari’s refined room for four.  Photo by Magic Car Pics/REX/Shutterstock.

Later generations gave us the (odd) Mondial, the 456 GT, and the 612 Scaglietti. Then, in 2011, the FF was unveiled. The FF was divisive. It was a capacious hatchback that featured all-wheel-drive—the horror! As such, it was the first Ferrari to truly encroach upon crossover territory.

I tested the FF on an Italian ski slope, where it did wonderfully. And the company made the point that it was suited to all kinds of extreme road conditions, especially in places like China, Russia, and India—all locales with a growing base of potential new customers.

Still, Ferrari could just as easily have launched the FF in New York City, where I live and drive. After all, it has some of the worst roads most anywhere. I’ve seen potholes swallow 20-inch tires whole.

The comparatively spacious interior of the Ferrari FF.  Photo by Sergey Usovik/Shutterstock.

Perhaps that’s why I got my greatest enjoyment driving the FF around Manhattan. I had a toddler at the time, and the vehicle comfortably contained a baby seat in the rear. I could actually stand, crouched over, in the rear footwell as I installed the seat. The car transported me and my tiniest Harper around town and even on the dirt road to our country house without me having to worry about every little crevice or warble along the way.

So I was reminded when I recently spent a week in the V-12-powered GTC4Lusso. As the follow-up to the FF, it is redesigned with a more elegant shape and even more power (680 horses). My first impression, though, was that it was softer and easier-riding than any other Ferrari before it. The Manettino lacks a “race” setting (as did the FF), and the overall footprint is sizable. This four-seater does not “shrink around you” as some bigger-boned GTs are wont. The Lusso is not a back-lane raider.

The Ferrari GTC4Lusso on display at the 2017 Poznań Motor Show in Poland.  Photo by Grzegorz Czapski/Shutterstock.

But the GTC4 gathers speed gorgeously on an open-road, moving purposefully through time and space as it glides through the air with its long sloping hood. The cabin is airy, the rear seats super comfy. One doesn’t have to worry excessively about low curbs or canted driveways. Which is utterly unlike the mid-engine, two-seat 488, where you live in constant fear of battering the priceless carbon-fiber front splitter. And yet for all that, you never forget you’re in a Ferrari. (My test car came to $347,500 with options, incidentally.)

One can expect a similar experience in the inevitable Ferrari SUV. After speaking to a number of people in the industry most agree on several general points.

First, unlike the Bentley Bentayga, which is based on the Audi Q7, the Ferrari would ride on its own bespoke architecture, so it won’t look even loosely like any other SUV in the Fiat Chrysler stable. And you can forget about it being a seven-passenger behemoth. Expect it to fit four adults and their golf bags, but no more.

The Ferrari as daily driver. The GTC4Lusso at a light in London.  Photo by Dimcars/Shutterstock.

Clearance will be high enough to handle urban hurtles—awkward curbs and those Manhattan potholes—but the emphasis will not be on overcoming Dubai dunes or Rubicon boulders. Rather, the Ferrari SUV will be aimed at on-road comfort and general asphalt domination. The power train will likely be a turbocharged V-8, perhaps with a hybrid component. Expect a trick suspension that sinks low to the earth as speeds increase. Rear-wheel steering, too.

And, crucially, its height will make it easy for aging buyers to get in and out of—one of the major reasons that crossovers are doing so well among Gen X and Baby Boomers.

Is any of that so tragic, really? It’s worth remembering that brands, like cities or fashion or food, must be mutable. They are living things. And when they remain static, they have a harder time surviving in our ever-changing world.

In this case, perhaps, Ferrari can look to Porsche. The Stuttgart-based brand is healthier than ever, with a constant flood of exciting GT3s and R models flowing out of its factories—a direct result of the sales success of its Cayenne and Macan SUVs.

Hence, a Ferrari SUV? Bring it on, Maranello. For with its success, it will also unleash a new generation of supercars like the Enzo and LaFerrari. A healthy Ferrari is a good thing for all car lovers.