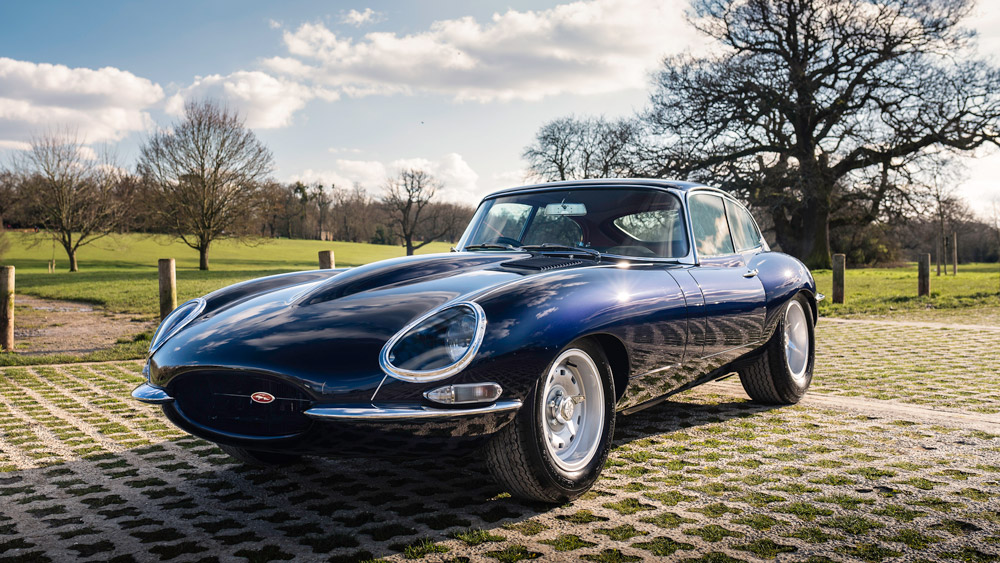 Historically, if you wanted to commission a modified classic, you almost always had to make one significant concession—you had to entrust that work to a specialist whose primary business was building custom cars. While not always a compromise, that arrangement could lead to some finer points of the build deviating from the car’s original configuration more than necessary. Very few specialists truly excel as a restoration experts and custom builders.

With the debut of its new WM Sport GT Jaguar E-Type, Woodham Mortimer—a British firm with established roots in concours-quality restorations and vintage racing prep—has emerged as an enterprise that can skillfully do both. Currently, the company serves as the exclusive classic car partner to the Goodwood Revival and it has been named the global restoration partner to the Mille Miglia for the next two years. Concerning its new Sport GT, Woodham Mortimer announced that the car “is a showcase for what our multi-race and multi-concours-winning engineers can do when we let their imaginations go wild.”

The firm’s technicians start with a matching-numbers E-Type built between 1961 and 1975. From there, they make significant improvements—starting under the hood. The heart of this deceptively modern E-Type is a 4.7-liter, wide-angle-head engine that churns out about 400 hp and can produce more than 400 ft lbs of torque. That power output blows past the capabilities of period-correct Jaguar engines, which deliver up to 272 hp, depending on the production series.

The interior of a WM Sport GT, which requires about five months to build, is no less impressive. The cockpit is swathed in leather and Alcantara trim and is equipped with custom-made seats. Less obvious enhancements include hidden inertia-reel seat belts and a bespoke pedal box. And a leather-trimmed underfloor storage compartment remains out of sight until it’s needed.

A period-looking steering wheel and shifter round out the classic appearance of the new Sport GT, but drivers will soon discover that that the shifter is linked to the Woodham Mortimer’s own five-speed gearbox that is further enhanced by Jaguar’s Powerlock Limited Slip Differential.

“The new era of WM Sport cars is an exciting development for the business,” says Peter Haynes, Woodham Mortimer’s CEO. “We have invested thousands of man hours creating the ultimate classic GT. We believe this is the finest performance classic for modern motoring available to the market, and its performance and attention to detail will satisfy the most discerning of enthusiasts.”

Orders are now being taken for similar builds, which range in price from approximately $416,000 to $441,000, based on personalized specifications.