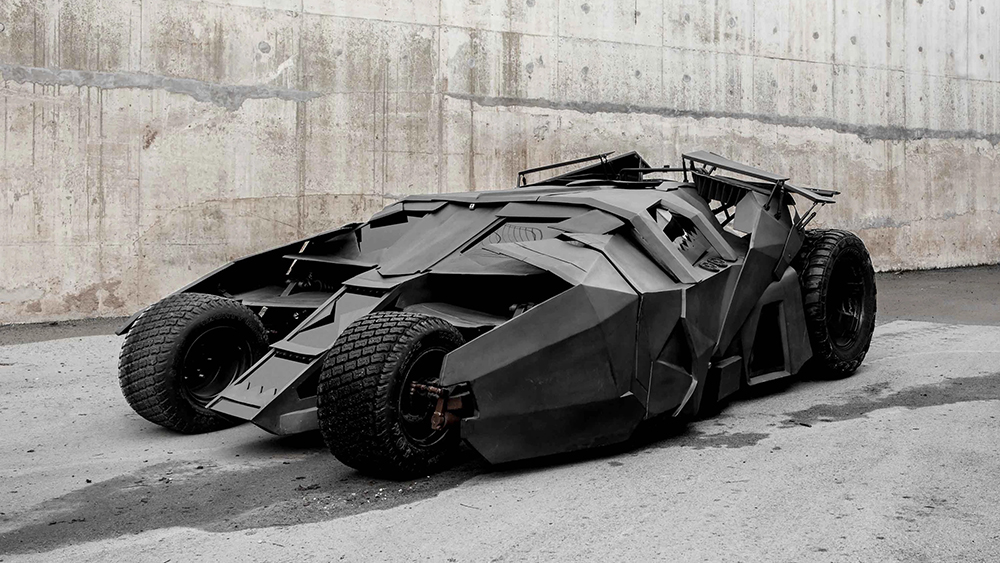 Holy voltage, Batman! Bruce Wayne might soon face some serious competition on the streets of Gotham.

Macro Studios, which specializes in crafting replicas of costumes and accessories from comics, films and TV series, has just unveiled what it’s claiming is the world’s first fully functional electric Batmobile for die-hard DC-heads.

The Vietnam-based workshop, which is headed up by artist Nguyen Dac Chung, faithfully recreated the Tumbler from Christopher Nolan’s Dark Knight trilogy using the original blueprints. As such, the replica is the spitting image of Batman’s black beast, but decidedly more eco-friendly. In fact, the six-wheeler can tear up the tarmac without releasing any emissions.

Tipping the scales at just 1,322 pounds, the electric Tumbler features the same tubular steel chassis as the original, yet eschews its hefty metal bodywork in favor of lightweight panels made of ABS plastic, carbon fiber and composite. This means the e-Batmobile is nearly four times lighter than its 5,000-pound on-screen twin, which, in turn, helps with acceleration.

Speaking of speed, the 500 hp 5.7-liter V-8 found in Batman’s daily driver has been swapped for an electric powertrain and a pair of Lithium-ion batteries that reportedly allow the car to reach 65 mph at full tilt. The specs didn’t include range, but we imagine you’ll have enough grunt to outrun any pesky jokers on the road. As for tread, the Tumbler rides on two 13-inch front wheels and four 18-inch rear wheels—the latter of which comes shod in fat 33-inch tires.

Elsewhere, you can also expect sliding automatic doors and a four-camera system that feeds a nearly 360-degree view to the monitor in the cockpit. There’s also a passenger seat to accommodate your very own Robin or Rachel.

The prototype pictured here is currently on display at the Van Daryl automotive gallery in Ho Chi Minh City, which is now taking orders for the next-gen Tumbler on its website. Robb Report reached out to confirm the asking price, but the team has yet to respond. Also no word on whether they’d make a replica of Adam West’s Batmobile.