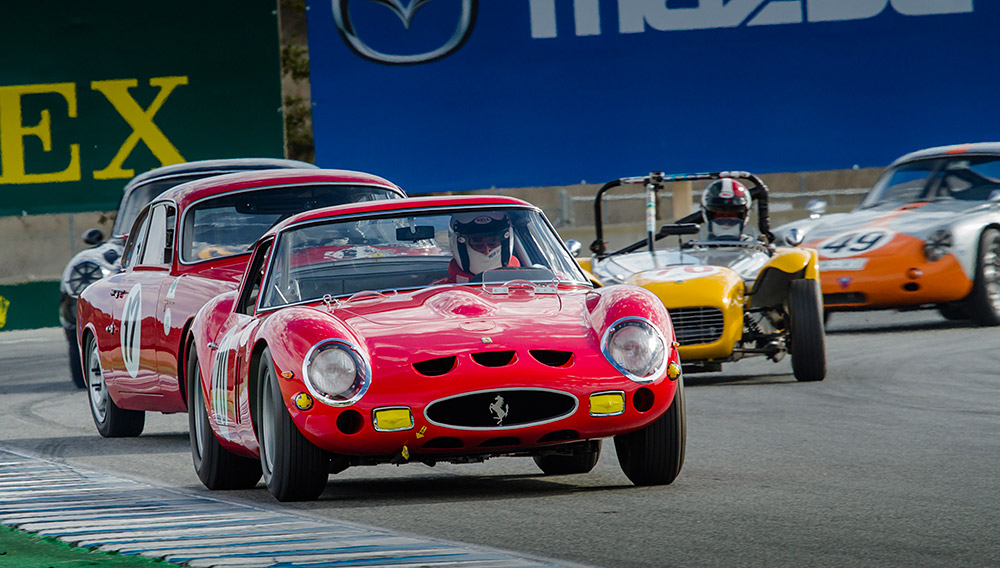 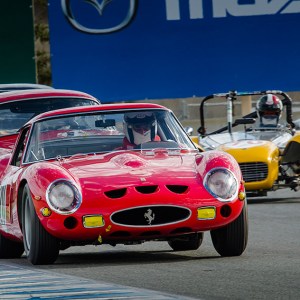 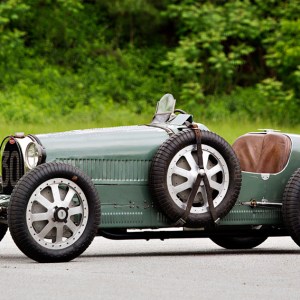 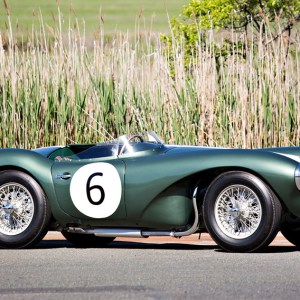 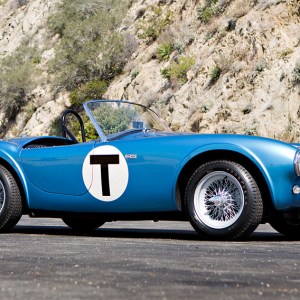 Each year in August, California’s Monterey Peninsula plays host to one of the most impressive gatherings of automobiles in the world. Monterey Car Week, which will be held this year from August 11 through 17, offers automotive aficionados a slew of auctions, driving events, competitions, and exhibitions—all anchored by the festival’s marquee event, the 64th annual Pebble Beach Concours d’Elegance.

Early glimpses of many of the automobiles that will eventually grace the lawns of the 18th hole at the Pebble Beach golf course can be had during the August 14th Pebble Beach Tour d’Elegance, which invites all of the concours participants to take part in a scenic tour that includes portions of Monterey’s famed 17-Mile Drive. This year, the course will also include a lap at the Mazda Raceway Laguna Seca, affording visitors an excellent chance to see the vehicles as they were meant to be seen—in motion. In addition to the Tour d’Elegance, events such as the Rolex Monterey Motorsports Reunion, Concorso Italiano, and the Quail, a Motorsport Gathering, will provide ample opportunities to see the world’s most beautiful classic automobiles and motorcycles in person.

The lead-up to the Pebble Beach Concours will also see a series of significant sales held by auction houses including Bonhams, RM Auctions, and Gooding and Company. Bonhams’ Quail Lodge Auction will be held on Friday and includes a 1970 Porsche 908/03 Spyder and a 1966 Ferrari 275GTB among its top lots. Also on Friday, RM Auctions will begin its two-day Sports and Classics of Monterey sale, which will be crowned by the sale of a 1964 Ferrari 250 LM that carries a presale high estimate of more than $10 million. Finishing off the week, Gooding and Company will hold its Pebble Beach Auctions on Saturday and Sunday, offering such treasures as a 1962 Shelby 260 Cobra, a 1959 Ferrari 250 GT Series 1 Cabriolet, and a 1955 Aston Martin DB3S that may fetch as much as $7 million at the block.

The week’s events culminate with the Pebble Beach Concours d’Elegance on Sunday. Each year, the concours includes several featured judging classes that highlight unique marques or vehicle categories. This year, one such featured class will be devoted to Maserati—which is celebrating its centennial this year—and will include road cars as well as significant racers, including the 1938 Maserati Tipo 8CTF that won the Indianapolis 500 in 1939 and 1940. The concours will also highlight custom cars created by the Parisian coachbuilder Fernandez et Darrin and will display two bespoke Hispano-Suizas created for August Gustave de Rothschild of the Rothschild banking dynasty. Another featured category, devoted to the Ferrari 250 Testa Rossa, will bring more than 20 examples of the much-sought-after sports car to the concours lawn. General admission to the Pebble Beach Concours d’Elegance is $275 for a presale ticket or $300 on the day of the event, though $600 Club d’Elegance tickets are also available and include perks like VIP parking and meals. (www.pebblebeachconcours.net)