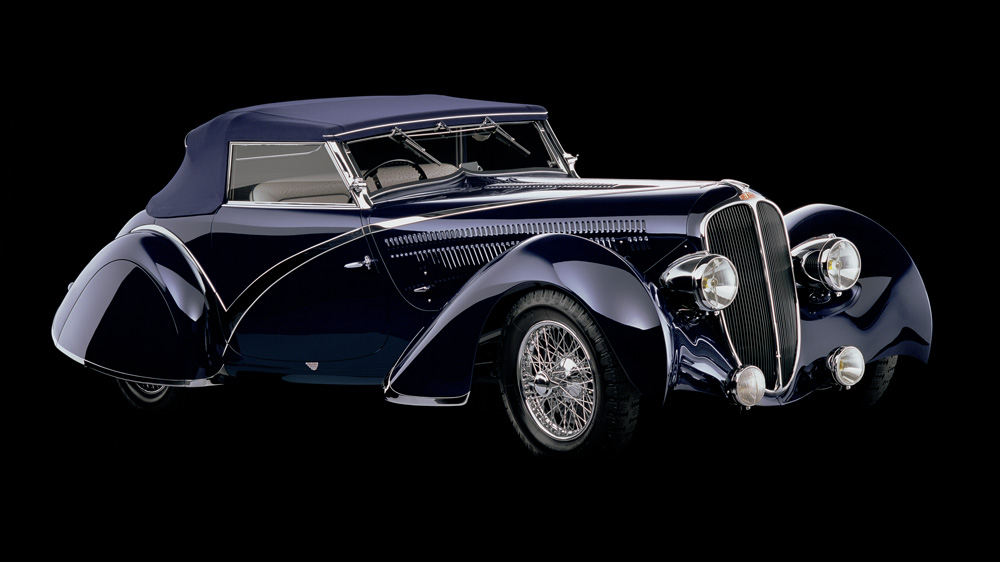 When car enthusiast Brian Ratliff first heard mention of Worldwide Auctioneers’ Riyadh Auction, which will take place Saturday, November 23 in Saudi Arabia as part of the country’s first ever Global Auto Salon (November 21 through 26), the Texas-based collector knew immediately that he wanted to be involved. The auction house’s principal and auctioneer, John Kruse, echoes Ratliff’s enthusiasm. “The event is a history-making occurrence,” Kruse says. “The scale of what’s going to take place is unrivaled.”

The auto salon and associated live auction were born from Vision 2030, Saudi Arabia’s strategic plan to diversify its economy and to broaden the lifestyle opportunities available to those who live there. “Part of vision 2030 is removing a lot of restrictions and barriers to allow commerce and business to take place,” says Kruse, explaining that one such lifted barrier now allows for several hundred vehicles to be shipped into the country for this type of event. “A year ago,” he says, “you couldn’t do that.”

Other automotive-related barriers have also been lifted, including a ban on modified or custom-built vehicles. Exemptions have also been made to the country’s legislation, which will allow vintage or antique cars—any vehicle more than 25 years old—to be purchased, registered and driven in the country. “The change that’s taking place in a positive way is happening at breakneck speed,” Kruse says, adding that the auction and salon will feature custom-built and highly modified vehicles, classic muscle cars, modern supercars and pristine classics—some more than a century old.  Notes Kruse: “For the passionate car crowd in Saudi Arabia, they can look at them, touch them and they can buy them for the first time.”

When the auction gets underway, prospective buyers will get the opportunity to bid on a 1938 Bugatti Type 57C Atalante Coupe, a 1936 Delahaye 135 Competition Long Wheelbase Disappearing Top Convertible and a 1929 Duesenberg Model J Berline, among other pre-war classics. Those who prefer European sports cars will likely be drawn to a 1992 Ferrari F40 or a rare 1981 BMW M1. A slew of jaw-dropping custom vehicles will entice those who fancy one-off creations, led by the 1957 Chevrolet Custom ‘Imagine’ Hardtop—a SEMA Best in Show winner and a car that reportedly cost more than $2 million to build. Of course, classic American muscle cars will also get their time in the spotlight—a group that will include a 1969 Dodge Hemi Daytona, a 1968 Ford Shelby GT350 Fastback, and Ratliff’s 1970 Plymouth Hemi ’Cuda.

“Not only did I surprise myself, I surprised my wife and all my friends,” Ratliff says, referencing the four noteworthy American muscle cars that he is offering for sale from his collection. “It seems like it’s that good of an opportunity.”

The 1992 Ferrari F40 to be presented at auction.  Photo: Courtesy of Worldwide Auctioneers.

Kruse concurs. “We’re here to support the positive efforts that they [the Saudi Arabian government] are taking to bring a car culture to the region,” he says. “We want The Riyadh Auction and Salon to not just be a history-making event but, in the future, one of the biggest sales in the world.”