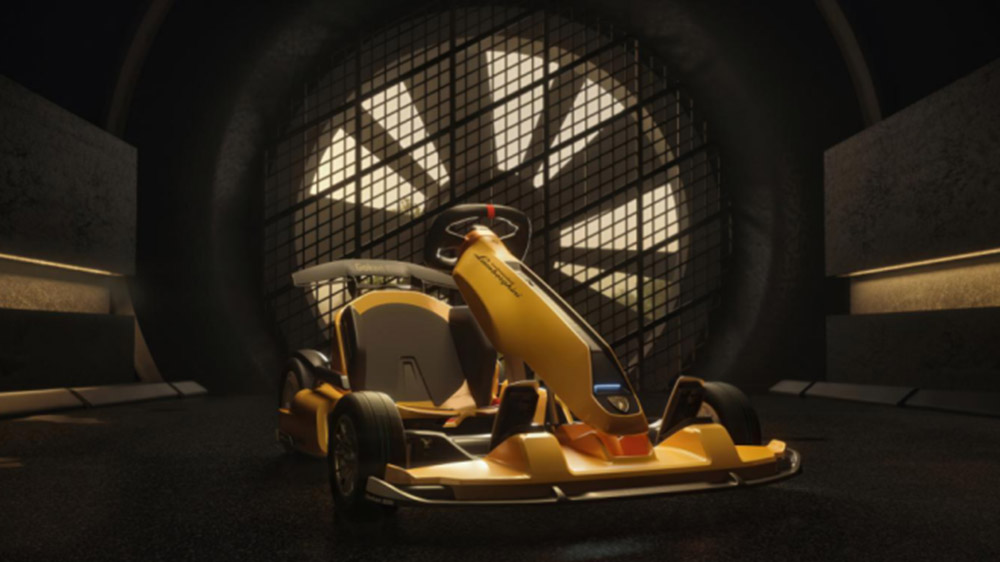 Segway has come a long way since introducing its two-wheel personal transporter in the early aughts, branching into scooters and go-kart kits in recent years. And now that kit is getting a serious upgrade thanks to a new collaboration with Lamborghini.

The electronic mobility company and the Raging Bull have teamed up for an upgraded version of the Ninebot GoKart Pro, called the Lamborghini Edition. The tiny racer has been given a bold, Huracán-inspired makeover and a tech bump that pushes its top speed to 25 mph.

Unlike the standard Ninebot GoKart, which comes in white, the Lamborghini Edition is finished in the automaker’s iconic Giallo Orion colorway. And the changes don’t stop there. The upgraded kart has also been outfitted with “Ice Lake Blue” LED headlights for better visibility at night, an audio emulation system that recreates the sound an engine makes and custom-made tires that make it easier to drift.

The Lamborghini Edition’s drivetrain can’t compete with that of an actual supercar, but it’s pretty impressive as far as far as go-karts go. The mini-vehicle’s 25 mph top speed is a full 3 mph more that the original version. It gets its juice from a 432 Wh battery back, which is powerful enough to go 62 laps on a 400-meter race track on a single charge, which works out to about 15.4 miles of driving range.  And while go-karts are normally for children, this one is for kids of all ages—and maybe an adult or two. The brand claims the Ninebot GoKart Pro Lamborghini Edition is capable of carrying a load up to 100 kg (or about 220 lbs).

The Segway Ninebot GoKart Pro Lamborghini Edition is priced at $1,440, which is about $200 more than the standard version. The vehicle is scheduled to go on sale this weekend, but is available for pre-order through the Xiaomei’s website. It will be available initially in China, though a wider global release is expected in the future.