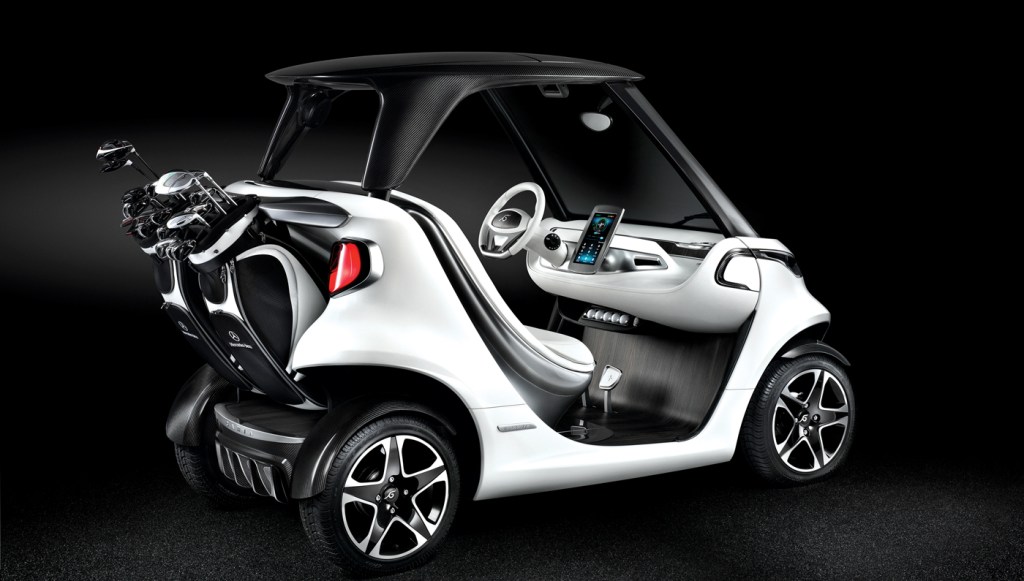 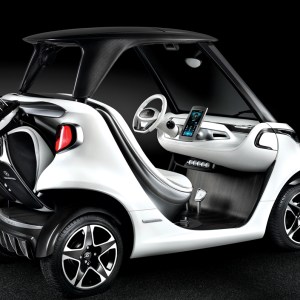 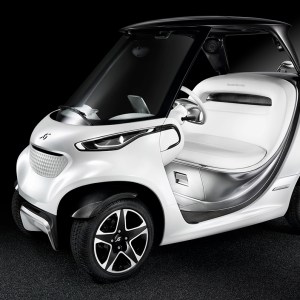 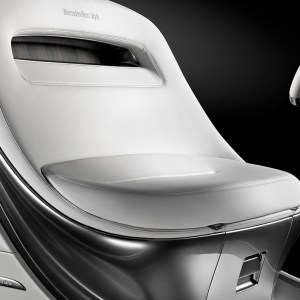 Dubbed “a real sports car” by its creators, the Mercedes-Benz Style Edition Garia Golf Car (arealsportscar.com) could one day become a country-club staple. But for now it’s just a show cart—“an especially attractive possibility of what future golf carts in the luxury segment might look like,” says Michael Minielly, a public-relations manager for Mercedes-Benz. The cart represents a collaboration between Mercedes-Benz (mbusa.com) and the Danish golf-cart manufacturer Garia (garia.com). It debuted this summer at the British Open at Royal Troon in Scotland and later appeared at Monterey Car Week and the Monaco Yacht Show.

The vehicle’s genesis came in 2013, when Mercedes-Benz asked golfers and auto enthusiasts around the world to submit their ideas for what a Mercedes-Benz golf cart should look like and what features it should include. The company’s designers used the best suggestions as a starting point for the project. The goal of Mercedes-Benz and Garia was to create a sportier-looking golf cart, one that departed from the box-shaped designs that have remained largely unchanged since the middle of the 20th century.

The Mercedes-Benz Garia is battery powered and features a carbon-fiber roof, as well as a small rear spoiler and a carbon-fiber diffuser that were added to enhance its “sports-car” look. The cart is equipped with a refrigerator, located under the sculpted bench seat, and a 10-inch high-resolution digital touchpad that monitors power consumption, speed, and battery range.

The cart also features Garia’s golf-bag compartment, which secures two bags behind the seat at an outward-facing angle so that it’s easier to access the clubs. “Nobody thought that was a problem,” says Garia cofounder Anders Lynge, “until we showed them the solution.”