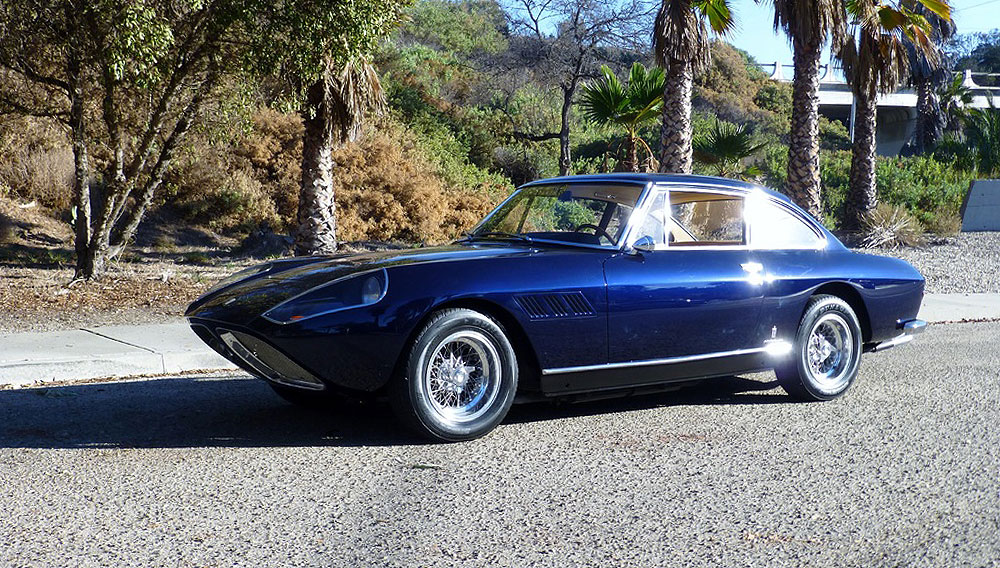 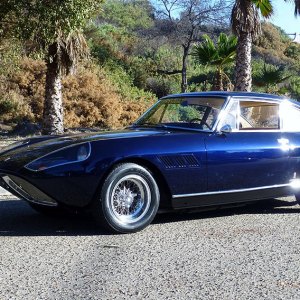 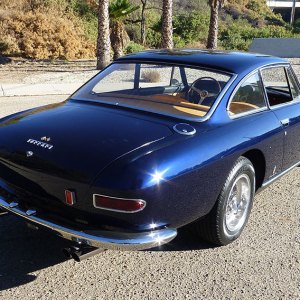 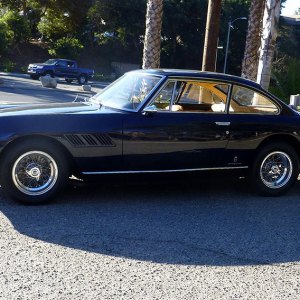 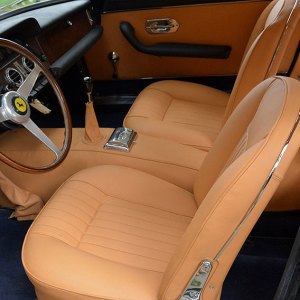 Combining avant-garde Pininfarina styling with outstanding V-12 performance, Ferrari’s 330 GT 2+2 was a comfortable 2+2 model and while following in the footsteps of the prior 250 GTE 2+2, the 330 GT 2+2 upped the ante on performance and set new standards for comfortable, high-speed motoring pleasure for up to four with its 50-millimeter wheelbase extension. While clearly an elegant and sophisticated road car, the taut Pininfarina-styled 330 GT 2+2 maintained a sporty air to match its Ferrari heritage. Crucially, it reaffirmed Ferrari’s commitment to the elite Grand Touring market and the commercial viability of its road models to help bankroll the heavy costs of the Scuderia’s many racing commitments during the 1960s.

Launched in 1964, the 330 GT 2+2 featured the Tipo 209 Colombo-derived V-12 engine, enlarged to 4.0 liters providing top-speed potential of more than 150 mph, making it the fastest road-ready Ferrari of the day and certainly its fastest 2+2. Said to be one of Enzo Ferrari’s favorite models, just over a thousand 330 GT 2+2s were built along two distinct series between 1964 and 1967.

Numbered 6537 GT, this original Series I 330 GT 2+2 is a late-production ‘Series I’ example and particularly rare as one of an approximate 505 cars built with four headlamps and a 4-speed gearbox with overdrive. According to its documented history, 6537 GT was shipped to the USA and sold new via Luigi Chinetti Motors in Connecticut, finished in Dark Blue with Tan upholstery. Its first owner was none other than John W. Mecom Jr., the noted Houston oil businessman and founding owner of the New Orleans Saints NFL franchise. To motorsports enthusiasts, Mr. Mecom is well-known as a motorsports enthusiast and racing-team owner, whose Mecom Racing Team was active between 1967 in World Sportscar Racing, Formula One, and American Championship Car racing. In addition to racing successfully at the Bahamas Speed Weeks, the Mecom equipe campaigned some of the most famous racing cars of the era, including Ferrari 250 GTOs, Grand Sport Corvettes, and even the revolutionary Lola GT, which was soon redeveloped by Ford into the eventual Le Mans-winning GT40.

Subsequent to Mecom’s purchase, 6537 GT was sent to Italy for a new front-end design, including covered single headlamps and an angular frontal treatment with large split radiator-grille openings. An especially interesting detail was in the way the clear headlamp covers were fashioned, with an upper crease matching the precise upper edge of the car’s front fenders. As an aside, Mr. Mecom appreciated bespoke Ferrari 330 GT 2+2s, as evidenced by his ownership during the 1980s of 7979 GT, the Carrozzeria Sports Cars (Drogo)-modified “Golden Car,” which was recently restored to its period form and sold to a new caretaker at auction in mid-2014. The car offered here next passed from Mecum in 1969 to another owner resident in Georgia, who in turn sold it to Richard Kirzinger of Kentucky. By this time, the car was now finished in Metallic Red but retained its Tan interior. During his tenure with the car, Kirzinger displayed 6537 GT at Ferrari Club of America (FCA) events in Georgia before placing the fascinating car into long-term storage, with it hidden from view until it re-emerged in 2007, with mileage stated at 43,555 miles.

A new owner acquired the car that year and submitted it for restoration at Ferrari of Washington in Sterling, Virginia. Among the items addressed, 6537 was given a complete bare-metal refinish in blue, a complete new leather interior was fitted, and the vehicle’s mechanical systems were completely recommissioned. The chrome brightwork, including the custom front bumper accompanying the vehicle, was replated as well. Importantly, the engine number matches the car’s VIN. In addition to an original Chinetti Motors case containing part of the vehicle’s original owner’s manual, the sale of 6537 GT includes copious receipts and a thumb drive containing photo-documentation for the recent restorative work. Riding on polished, original Borrani wire-spoke wheels equipped with a set of brand new tires, the offering of 6537 GT provides a truly exciting and rare opportunity for Ferrari connoisseurs to own a truly unique design statement, based on one of Ferrari’s best V-12 GT cars of the 1960s and carrying fascinating history.