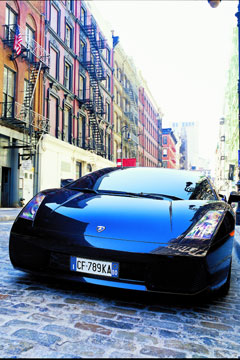 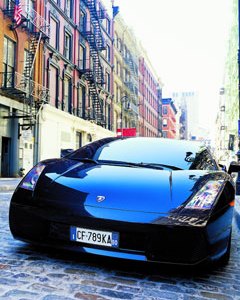 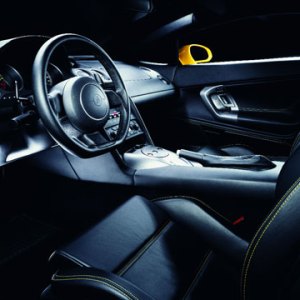 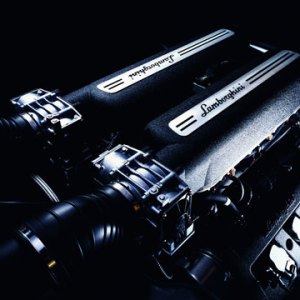 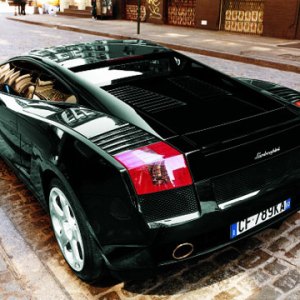 Historically, baby Lamborghinis have enjoyed a longevity akin to the baby sea turtle: hatched with great fanfare but unlikely to survive to maturity in the real world. The folly began in earnest with the ill-fated Urraco, circa 1970, a captivating design meant to challenge Ferrari’s Dino and Porsche’s ubiquitous 911. But the beautiful Bertone-designed baby bull was “snake bit” with mediocre performance from its woefully anemic V-8, which proved to be a maintenance and reliability nightmare. The 1976 Silhouette and 1981 Jalpa that followed were not much better, and so the small-displacement cars from Sant’ Agata remain a footnote in Lamborghini history, best appreciated by patient specialists with a taste for the bizarre.

Much has changed since the last Jalpa inched off the line—and since Volkswagen/Audi acquired Lamborghini in 1998. But the manufacturer’s ambition to create a no-compromise sports car meant for everyday use has endured. The 2003 Gallardo—arriving hot on the heels of the Murciélago, which replaced Lamborghini’s aging Diablo in 2002—need make no excuses. The flagship car’s smaller sibling is a baby only in comparison to its V-12 brother.

In fact, the Gallardo (named after a breed of fighting bulls) eclipses the Murci in a few important areas—and may well prove to be the better car overall (of course, we will render judgment on this point in a future issue, after a road test). Certainly, Lamborghini’s situation is much the same as Ferrari’s: The 360 Modena is far and away Ferrari’s most capable and eye-pleasing offering, despite being four cylinders and $100,000 lighter than the Maranello and the “why do they bother?” 456. The Gallardo—at about $160,000—costs a bit more than the Modena, but its specifications and performance promise to better the Ferrari’s significantly. Indeed, this may be the most ferocious rivalry between the two companies since the Miura and Daytona duked it out more than three decades ago.

The Gallardo appears to deliver near-Murciélago performance in a smaller, lighter, less-expensive package that will be built to tighter tolerances, is more technologically advanced, and, in the eyes of some beholders, is even more beautiful. The design began as an ItalDesign/Giugiaro project and was subsequently developed by Luc Donckerwolke, designer of the Murciélago and head of Lamborghini Centro Stile. The goal of establishing a distinct and coherent signature for these new-generation Lamborghinis has been achieved, though at the expense of the sensuous, subtle curves beloved by old-school Lamborghini lovers.

A long wheelbase, short overhangs, and cab-forward design emphasize the aero references of the Gallardo shape. But concessions to practicality, like traditional (instead of scissor) doors, stress the fact that this sports car is meant to be used by drivers in the real world. Designers focused on optimal weight distribution (42/58 percent front/rear) and a very low center of gravity. The external dimensions are small, so the Gallardo should be easier to maneuver than the Murciélago, whose wide hindquarters make negotiating narrow streets a tedious experience.

The mid-rear-mounted engine design situates the gearbox aft of a longitudinally mounted V-10 engine. The Gallardo joins the Viper as the only other V-10-powered production sports car available. The 500-hp machine links to the road through a permanent four-wheel-drive transmission, a viscous traction system that delivers about 30 percent front- and 70 percent rear-wheel traction under flat, straight-line conditions. A 6-speed gearbox is standard, while an optional electronic gearbox is available for drivers who like to give a good paddling.

The big news, however, is what you don’t see: aluminum. Parent company Audi is at the forefront of aluminum applications, and the result here is a structural aluminum space frame based on aluminum extrusions welded to cast-joint elements. Exterior aluminum body parts are mounted with an assortment of systems (that is, welded, screwed, or riveted in place).

Torsional stiffness and crashworthiness (oh, the horror!) are exemplary, and total weight is less than 3,200 pounds—not bad for a complex, four-wheel-drive exotic. The fact that the aluminum subassemblies and bodies will be manufactured by Audi, then shipped to the Lamborghini factory for assembly of the complete car, should prove glad tidings to fit-and-finish fetishists.

The prospect of a sports car combining the best attributes of two automotive cultures is exciting indeed. And while some may decry the blending of the seemingly dissimilar sensibilities of Lamborghini and Audi, the Gallardo remains first and foremost a Lamborghini—only this time, one for the real world.