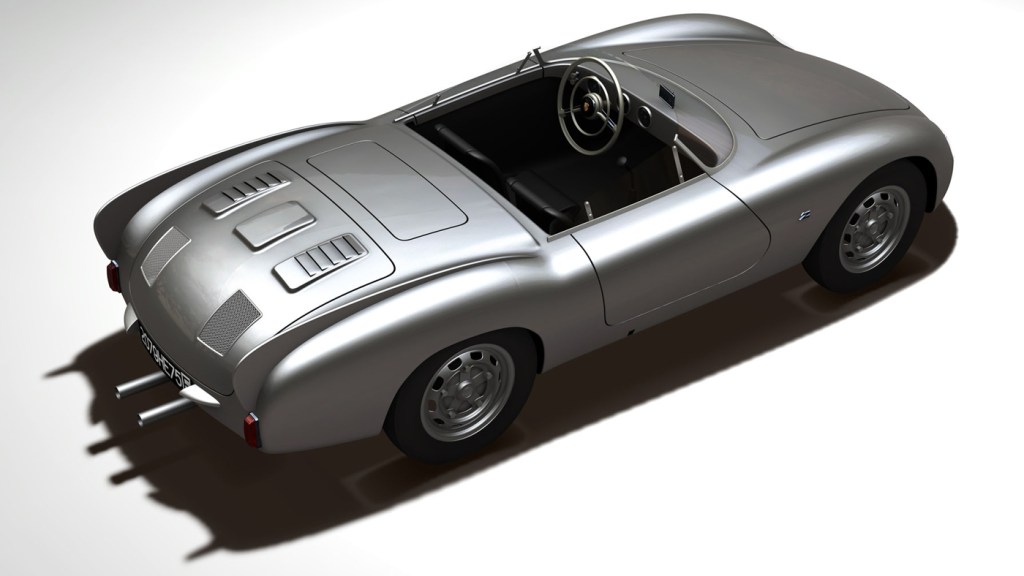 A half-century ago, it was enough to say you owned a Porsche or Ferrari and people got it. You had made it. You had good taste. And you loved great cars. These days, it’s not so simple. Global wealth has mushroomed and production numbers have grown, making ownership of a once-elite machine mean just a little less. But Andrea Zagato thinks he has a remedy for this admittedly rarified problem.

Many automobile enthusiasts may already know that the chief executive officer and scion of Zagato, the fabled Italian design firm, has inked deals with the likes of Aston Martin and Lamborghini to create truly unique versions of sports cars such as the Vanquish and Gallardo, respectively. But now he’s diving into new waters, offering collectors a chance to own vehicles that have vanished from the automotive landscape.

“We’re moving from a phase of car ownership to car rental and leasing,” says Zagato. “What will remain then are dream cars, one-offs, and limited editions. This is all we design for, cars you’ll use on the weekend.”

A design sketch of the Porsche 356 Carrera by Zagato that dates back to 1959.  Photo: Courtesy Zagato.

Company craftsman have created nine examples for each. Every car comes at a starting price of $350,000, not including the cost of a six-figure, period-specific 356. Although all are spoken for, the company is eager to consider other opportunities to create so-called “Sanction II” cars.

The Sanction II designation refers to finely wrought recreations of classics, and includes current programs from Jaguar (the XKSS) and Aston Martin (the DB4 GT) that celebrate cars that remain on the road in original form. However, Zagato says his company will only consider vehicles that were either destroyed or have disappeared, and his team will keep a particular eye on style.

“Zagato is a design house, the last independent Italian house in existence— dating back to 1919—that is still run by a member of the family,” he says proudly. “So we’re not influenced by technological advancements that consume the OEM manufacturers. Our buyers are car enthusiasts who love the Zagato brand and workmanship—collectors who recognize a sure investment.”

Both Zagato-bodied Porsches are arresting. The original Speedster project was a one-off request by Porsche factory driver Claude Storez, who had a new 356A Speedster with a Carrera GT engine shuttled over to Zagato for its new metallic suit in 1958. The car was entered in a race the following year but Storez died before he could take the wheel. According to Zagato, the car was subsequently destroyed.

Working with poor black-and-white images of the Speedster, Zagato engineers used computer-assisted design to painstakingly create an intricate template for a new car, which included a shark-like nose and delicate tail fins.

Research in the company’s archives eventually turned up an unexpected find: drawings for a coupe version of the Zagato Porsche. Viewing its rakish roofline and spartan interior, one could argue that the coupe is the more dramatic of the two reborn machines, a car that recalls both the legendary 550 Spyder as well as its 904 and 906 successors.

Porsche cognoscenti will know that there was a special series of Italian-designed, 356-derived vehicles built in the 1960s. Known as Porsche 356 Abarth GTL Coupes, these rarities were, initially, supposed to be a collaboration between the houses of Ugo Zagato and Carlo Abarth, the latter a still-celebrated name in tuning. But for a host of logistical reasons and miscues, that deal fell apart and left only Abarth as a collaborator with the German marque.

Now some six decades later, the Zagato-clad Porsche lives. For what ends up being roughly $500,000, you get to hop in a time machine and zip back to a day when a truly unique car could be identified not only by the badging on its hood, but by the artful shadow it cast.