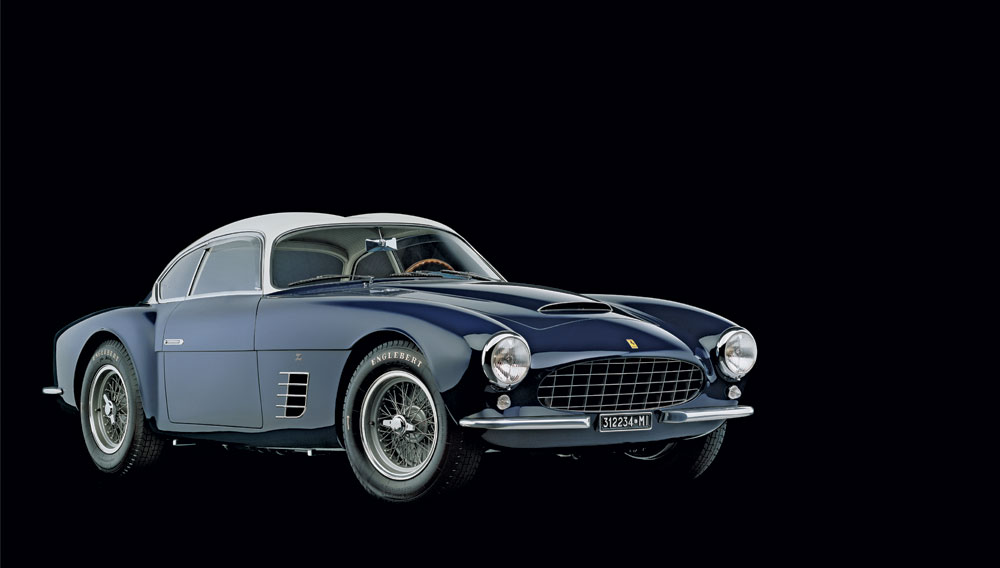 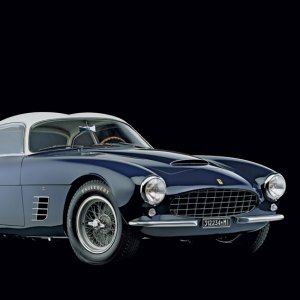 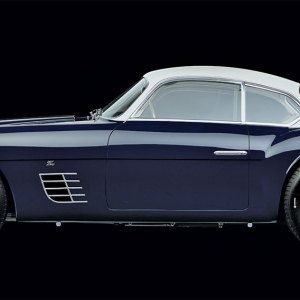 The FIA, auto racing’s governing body, introduced a new gran turismo class in 1956 largely in response to the horrific accident at the previous year’s 24 Hours of Le Mans—as many as 84 spectators were killed when an extremely light and powerful Mercedes-Benz 300 SLR crashed into the stands. Emphasizing greater safety, the new category was open to competition-tuned cars that were based on road-going production models. Ferrari’s 250 GT Berlinetta proved well suited to this new racing class. It became known as the “Tour de France” (or TdF) after an example won the 1956 edition of that endurance race—and then it won the next three installments. The model employed a long-wheelbase chassis and was powered by Ferrari’s Colombo-designed 2,953 cc V-12 engine, which was tuned to generate nearly 240 hp.

Ferrari produced 82 examples of the TdF from 1956 to 1959. Scaglietti built the bodies for 77 of them, in four versions based on a Pininfarina design. The other five cars were bodied by Zagato. Each of those is constructed of lightweight aluminum and features a unique shape. The car shown here, serial number 0515, displays the Milanese coachbuilder’s trademark double bubbles and an elegant, compact profile.

After having the TdF restored to its original specifications, including its color scheme, the current owner  displayed the car at the 2012 Concorso d’Eleganza Villa d’Este, where it placed first in its class.