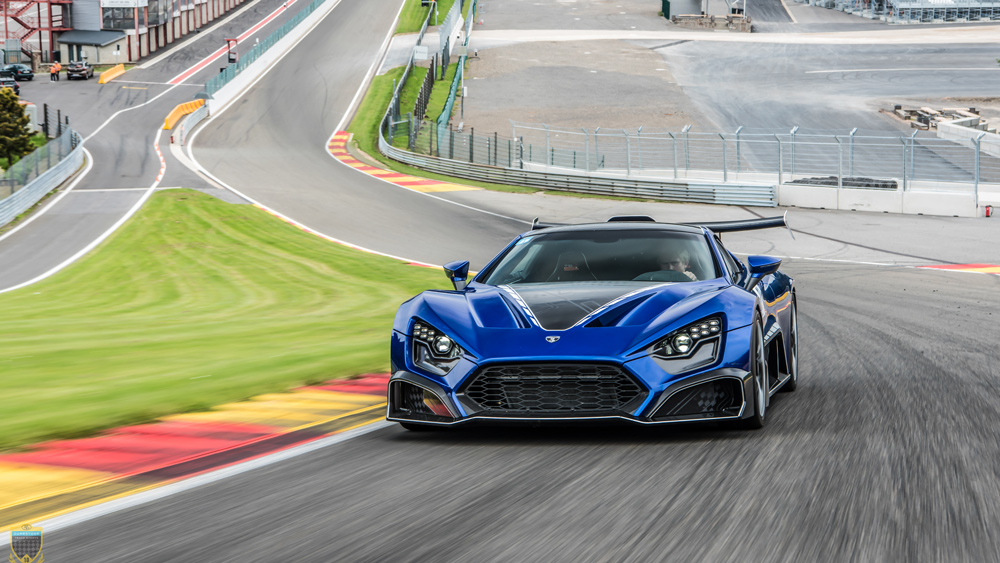 For most people, the idea of quitting college to start a car company is both incredibly daring and a bit bonkers, but Troels Vollertsen, founder of Zenvo Automotive, has no regrets. Fourteen years on, the marque is now firmly established among Europe’s boutique hypercar brands. At Zenvo’s facility in Præstø, Denmark, only five cars per year are made, each one hand-built and entirely bespoke. And while the small automaker inhabits the same rarified space as Koenigsegg, Pagani and Automobili Pininfarina, its cars have their own distinct character: lightweight, driver-focused and molded by motorsport.

While sitting in his lime green Zenvo ST1, Vollertsen recently spoke with us via Zoom, and he seemed pretty fired up. “We’re developing a new hybrid hypercar,” he revealed, “and we’re coming to America.” Vollertsen went on to give a bit of backstory, elaborate on the current model line and offer more insight on plans for expansion.

When did your passion for cars begin?

I was always playing around with combustion engines. By the age of 10, I was modifying lawnmowers and mopeds. I moved on to tuning cars, then eventually left university to start my own company. We built race cars—everything from spaceframe Porsches to rallycross Ford Fiestas—and work started on the prototype Zenvo at the same time. That was in 2007, and the rest is history.

How does Zenvo differ from other supercar manufacturers?

Others might sell more cars, but Zenvo has its own approach. We don’t target high speeds. Our goal is to create cars that are responsive and fun-to-drive. They are about emotion, not raw performance figures. Our cars are super-fast around a track, yet they give you the right feedback when driving on a road.

Tell us about your current range of automobiles.

The TSR-S is our flagship. It’s as close as you’ll get to a full-blown race car for the street. The TS1 GT is a softer alternative. It looks less dramatic, with a smoother gearbox and softer suspension. Then we have the TS-R: a pure, stripped-out race car that isn’t road-legal. Customers can buy one, but we mostly use it as a test-bed for driver aids and safety systems.

The Zenvo TSR-S takes to the track.  Photo: Courtesy of Zenvo Automotive A/S.

How fast is the TSR-S?

Do you have a hybrid hypercar on the way?

Yes, it will be an ultra-lightweight car for road or track use. It’s a clean-sheet design, albeit with recognizable Zenvo DNA. Hybrid tech opens up a lot of possibilities. The batteries will offer extra boost and energy recuperation, while the electric motor also acts as a starter generator and reverse gear.

We are running a test mule with a hybrid gearbox at the moment, and working on rear- and four-wheel-drive versions of the platform. I don’t have any figures, but we’re aiming for a power-to-weight ratio of one hp per kilogram [0.45 hp per pound]. I hope we can show something by the end of this year.

Powered by a twin-supercharged V-8, the TSR-S develops 1,177 hp and can cover zero to 62 mph in 2.8 seconds.  Photo: Courtesy of Zenvo Automotive A/S.

Why have you chosen to go hybrid, rather than electric?

A fully electric car will only be fast around a circuit for one or two laps, not an entire track day. Their weight worries me, too. One day, EVs might overcome these problems. For now, I think hybrid offers a better blend of sustained speed and agility.

According to Vollertsen, TS1 GT has a smoother gearbox and softer suspension than the flagship TSR-S.  Photo: Courtesy of Zenvo Automotive A/S.

Why does Zenvo make so many components in-house?

The only way to achieve total quality control is to make components ourselves. It’s also part of what makes Zenvo unique. Our fragmented carbon-fiber wheels, for example, are stronger than alloy rims, yet weigh almost half as much [around 17 pounds]. Each has 550 hand-layered pieces and takes a craftsman two weeks to create.

It’s actually half-way between a synchronized transmission with helical gears, which you’d find in a road car, and the straight-cut dog ’box from a racer. We combine helical gears with a dog-shifting system, then add some internals that work as a synchronizer if needed.

The TS1 GT with the town of Præstø, on the Danish island of Zealand, as backdrop.  Photo: Courtesy of Zenvo Automotive A/S.

So, you get the smoothness and refinement of a conventional gearbox when you’re driving around the city, but under full load, the shifts are incredibly quick: just 30 milliseconds. That’s on par with a Formula 1 car. On a track, this tiny interval between power-off and power-on means you can shift mid-corner without upsetting the car’s balance.

How does your tilting rear wing work?

In corners, the wing acts like an aerodynamic anti-roll bar. It tilts upwards towards the apex of the corner, which puts more pressure on the inside tire. It looks odd in action, but works extremely well.

The TSR-S is fit with a distinctive rear wing that’s always optimized to suit the car’s speed.  Photo: Courtesy of Zenvo Automotive A/S.

Tell us about your plans for the US market.

We are establishing a US dealer network right now. Covid permitting, the plan is to announce our new outlets at Monterey Car Week in August. We’ll start with sites in California, Florida and New York, then hopefully grow from there, including into Canada.

We had a choice between expanding into China and Asia, or introducing Zenvo to the US market. America felt like a natural fit, thanks to its love of cars and unique car culture. It’s also the home of many discerning supercar collectors. Oh, and my English is a lot better than my Chinese.

What is your personal daily driver?

I have weird cars. I own a Lada Niva 4×4, which I love. It could pull any large SUV out of the forest, including my wife’s Porsche Cayenne. Ideally, I’d have a [Porsche] 911 as my daily-driver, with a TSR-S for the weekend—it’s such an amazing car to drive.