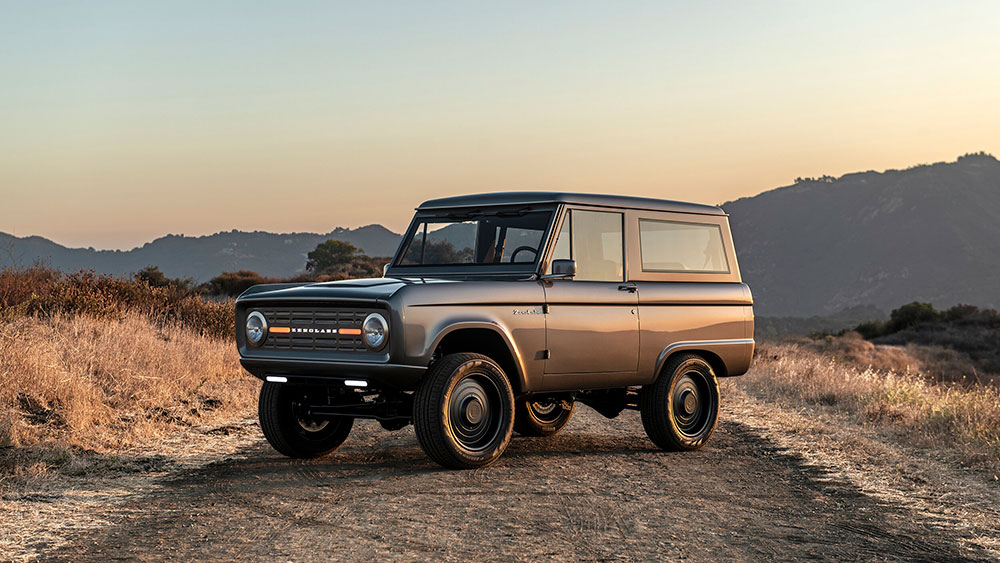 While 4×4 enthusiasts are busy freaking out about leaked images of the upcoming 2021 Bronco, Zero Labs may have unveiled an even more exciting version of the beloved SUV. The reason? This one’s electric.

The Los Angeles-based company has started taking pre-orders for the new 2.0 Classic Electric Platform version of its fully electric but retro-inspired Bronco, according to its website. And while the first edition of the 4X4 restomod was mightily impressive, the latest version, sourced from first-generation Bronco parts (’66 to ’77), marks a clear leap forward for the Zero Labs.

That’s because Zero Labs’s second go at an all-electric Bronco has received some serious upgrades. The first, and almost certainly most notable, is a new 300-horsepower AC electric induction motor. While that’s 30 hp less than the motor featured in its 1.0 electric Bronco, you can double that figure to 600 hp with an optional dual motor set-up. Additionally, the new version has also been equipped with a new clutch-less automatic transmission with a classic shifter along with a Level 3 fast charger which allows you the ability to juice up significantly faster than before. Despite all this, the SUV still has a respectable 190-mile range thanks to the same 70 kWh battery pack as before.

The new powertrain and transmission are not the only upgrades though. The 2.0 also has a fully independent front and rear suspension, a new all-wheel-drive system, digital axel controls with classic shifters and a dynamic air ride height adjuster. Finally, while the 1.0 electric Bronco was only available with a hard top, you can now choose between that, a soft top or a roof-less beach cruiser version. Basically, everything you could want from a retro Bronco.

Even more exciting may be the starting price of $185,000, which compares pretty well with other restored Broncos, none of which run on battery power. Of course, that’s price is for the standard steel body version. If you want a carbon-fibre body, prepare to fork over at least $240,000.