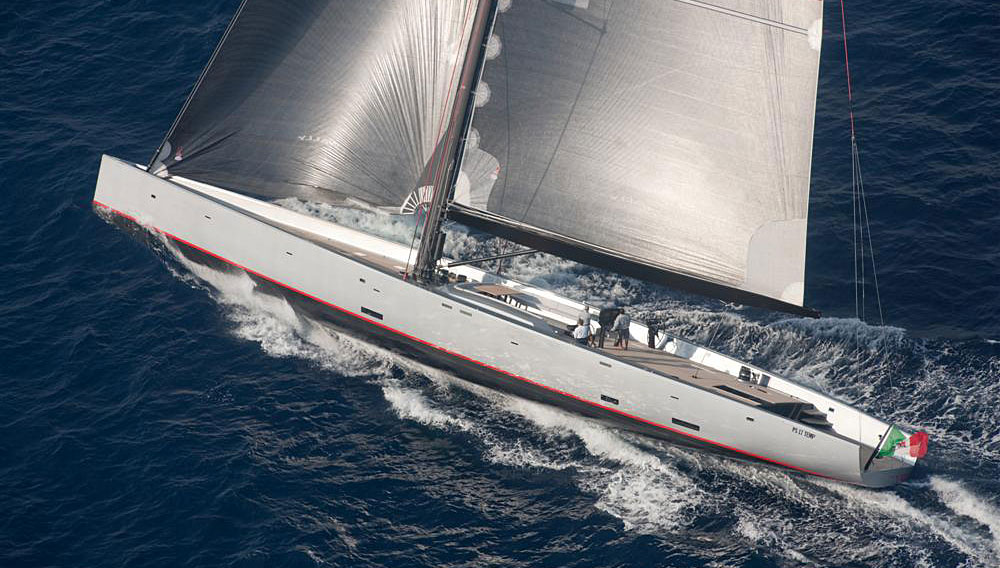 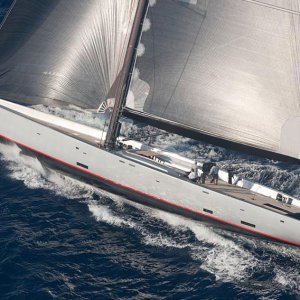 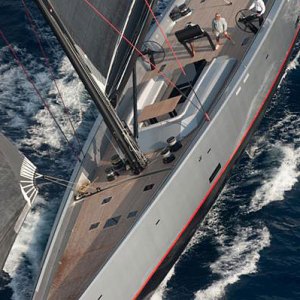 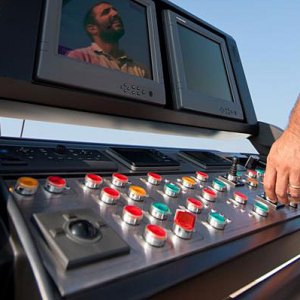 The Wally 130, launched in summer 2009, shares the stylistic minimalism found on other Wally yachts, but performance was also designed into its DNA. The 130 was designed to be the fastest upwind sailing yacht, giving the owner not only a stunning profile, but one that will leave other superyachts in its wake. The uncluttered deck and sleek lines come from naval architect Javier Soto Acebal. He also included a high-tech water ballast and lifting keel system to enhance performance. With 7,800 square feet of sail area, the 130 handles as tightly as an 80-foot race boat. The interior includes three double crew cabins, two guest doubles and a guest single as well as the owner’s stateroom. The salon is also expansive. The decor is modern and minimalist, as one would expect from Wally.