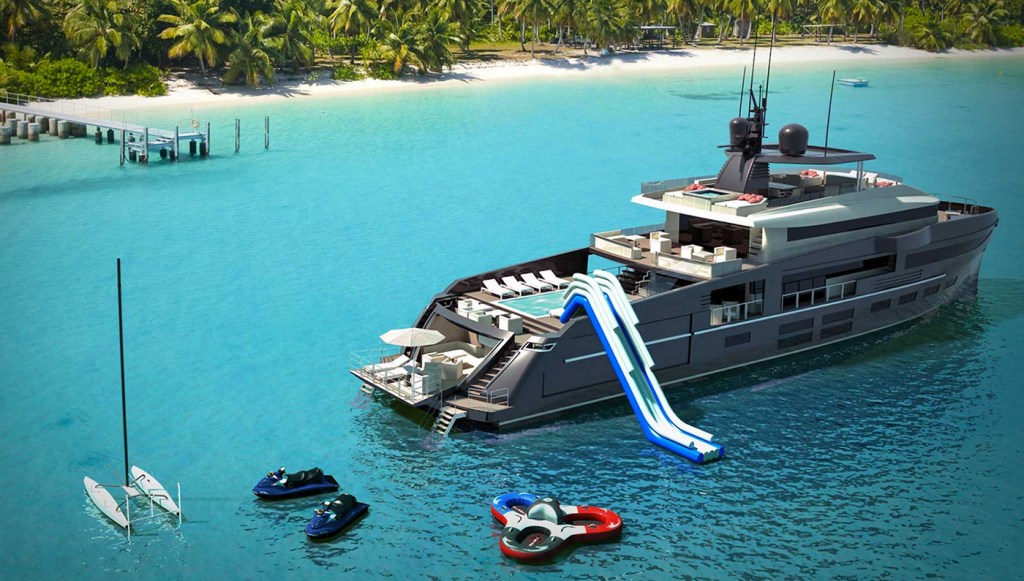 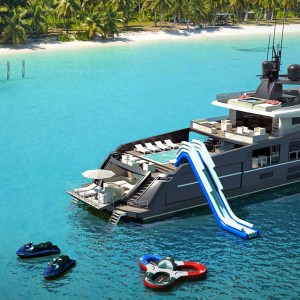 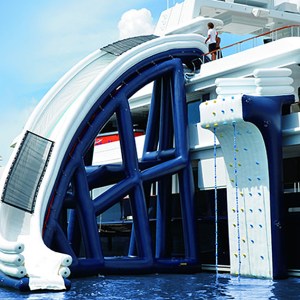 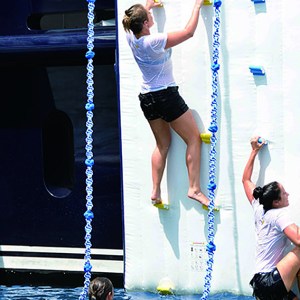 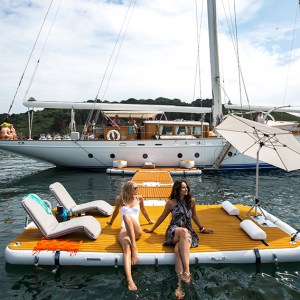 Continuing to play with its 144-foot OceaNemo Sport Utility Yacht concept, MC Yacht International has recently announced exclusive partnerships with some of the world’s leading water-toy manufacturers for what promises to result in a lavish floating “fun house.” Being touted as the first sport-utility yacht, the vessel will be outfitted with action-oriented amenities for land, sea, and air.

Among the array of recreational possibilities will be: an inflatable rock-climbing wall, a giant waterslide, and aquatic trampolines from Texas-based FunAir; multifunctional lounging platforms by British-based NautiBuoy; an electric hydrofoil craft from Quadrofoil in Slovenia; and private submersibles from the California company Seamagine Hydrospace Corporation.

Terrestrial transports will include another Golden State contribution, the WaterCar (able travel up to 38 knots on the ocean and 55 mph on the ground) and two Marlin hovercraft from the British Hovercraft Company. But recess really takes off with Italian innovator SeaMax Easy’s amphibious sport aircraft with folding wings.

Onboard storage is provided by a waterline garage that extends the full width of the aluminum-hulled yacht’s 30-foot beam. And the ample space will come in handy, as the Italian boatbuilder has more partnerships planned. (oceanemo.com)