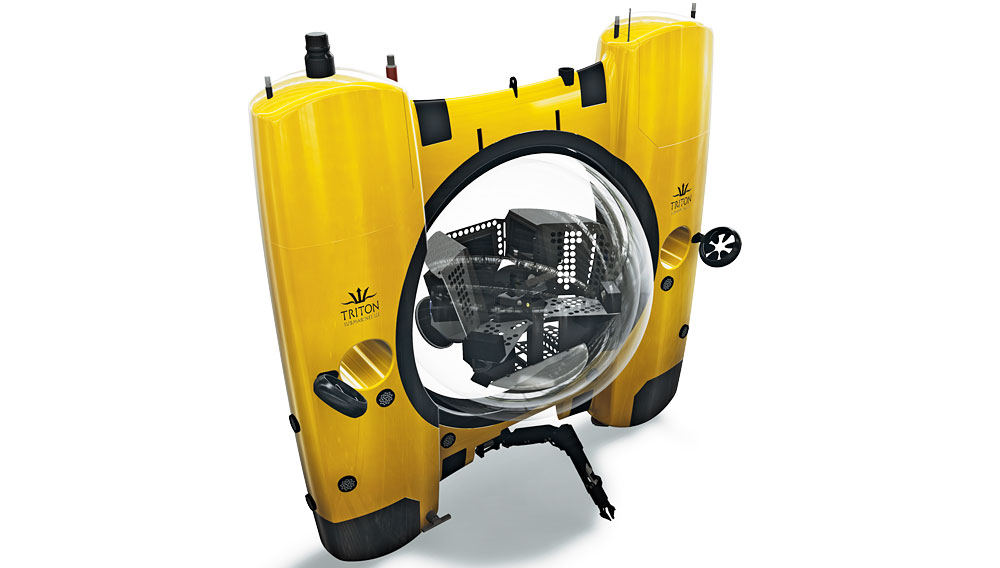 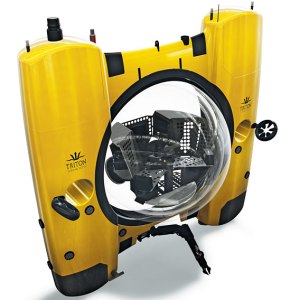 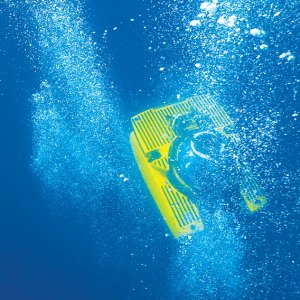 One of the first examples of Triton Submarines’ new three-person 36000/3 submersible, which is capable of reaching depths of 36,000 feet.

A two-week-long training course to learn how to pilot the submarine.

Descents with leading experts to three of the deepest ocean trenches, including the Mariana Trench’s Challenger Deep, the lowest point on Earth.

Throngs of climbers crowd the peak of Mount Everest every year, but only three people have ever visited the valley floor of Challenger Deep. With the help of Triton Submarines, the recipient of this gift will join these rarefied ranks on an expedition to the lowest point of the world’s deepest underwater trench.

The recipient will travel to Challenger Deep—a valley in the Mariana Trench that reaches depths of nearly 7 miles—in his or her new Triton 36000/3 submersible. The Vero Beach, Fla.–based Triton Submarines is offering for this gift one of the first examples of its latest and deepest-diving submersible, which seats as many as three people (including the pilot) and is rated for dives as deep as 36,000 feet. Unlike most conventional submarines, the 36000/3 is configured for vertical descent, which will enable it to reach the floor of Challenger Deep in just 2 hours.

Following a comprehensive two-week-long pilot-training course at Triton’s headquarters in Florida, the recipient will accompany the Triton crew during sea trials of the vessel. He or she will then embark on one of the greatest underwater adventures ever undertaken. Along with representatives from Triton and a group of leading marine scientists, the recipient will travel on a research vessel to the Mariana Trench and two of the oceans’ other deepest points—neither of which has ever been reached by human beings.

“These trenches are created by subduction, where one tectonic plate slides under another,” says Edith Widder, CEO and a senior scientist at the Ocean Research and Conser­vation Association. She is one of the scientists who have offered to accompany the recipient on this adventure. “These are three of the deepest trenches on the planet, about which very little is known. Only the Chal­lenger Deep has been visited by humans—only twice, and very briefly.”

When the film director James Cameron made his record-breaking solo dive to Challenger Deep last year, his field of view was confined by the tiny porthole of his Deepsea Challenger sub. But the 36000/3 has a spherical glass cockpit that affords views in nearly every direction, which should allow for ample opportunities to spot such deep-sea creatures as sea cucumbers and tubeworms on this epic underwater expedition.

The journey will likely begin at the world’s third deepest trench, the 34,449-foot-deep Kuril-Kamchatka Trench, located some 300 miles off Japan’s northeastern coast. Joining the recipient on the first descent will be Triton’s president and cofounder, Patrick Lahey, or its CEO, L. Bruce Jones, along with an expert submarine pilot. The next dive on the itinerary will be to the Kermadec Trench, located off the coast of New Zealand. For this dive, the recipient can opt to be accompanied by one of the expedition’s scientists, who will add a unique perspective while furthering his or her own research. “We know so little about [these] depths that any visit is almost guaranteed to lead to new discoveries,” Widder says. “For my part, I am very interested to know if bioluminescence occurs at these depths. Anything below 23,622 feet would be a record.”

At the conclusion of the adventure, the recipient will be a fully trained pilot free to embark on solo underwater adventures. “We’ve only explored about five percent of our ocean,” notes Widder. With the Triton sub, nothing beneath the waves is out of reach.