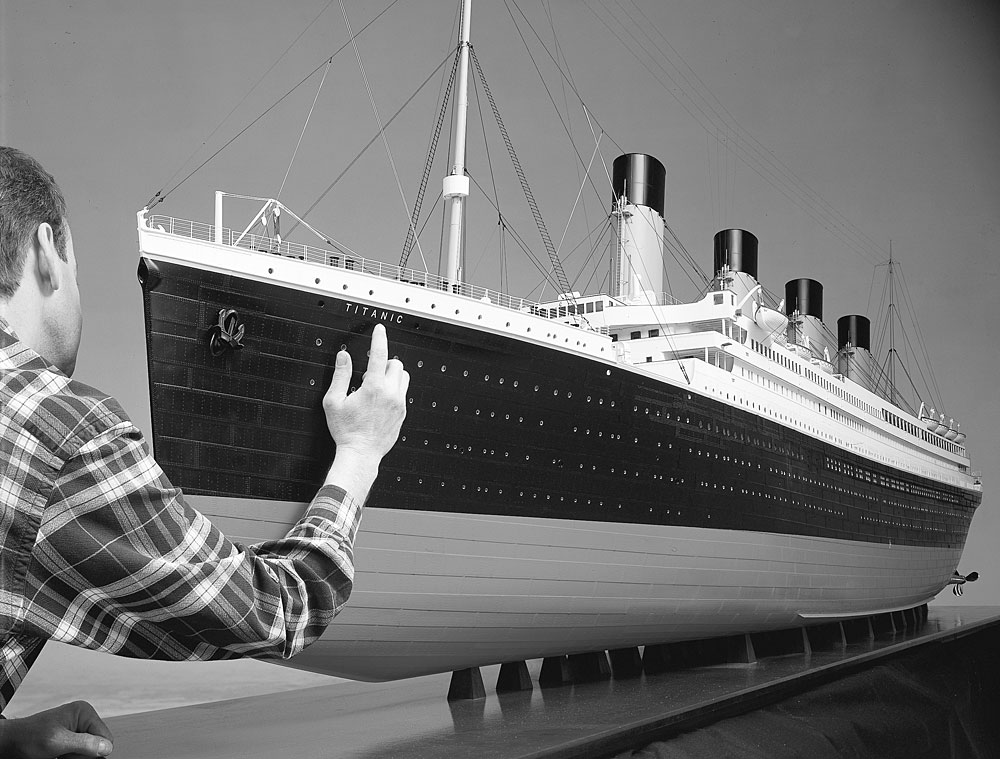 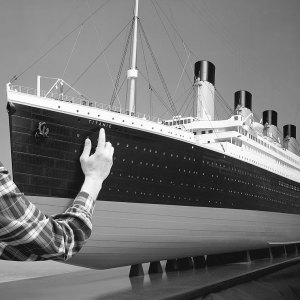 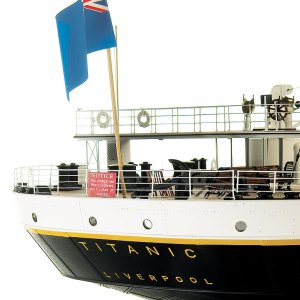 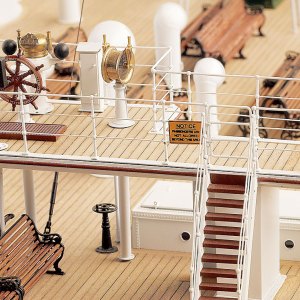 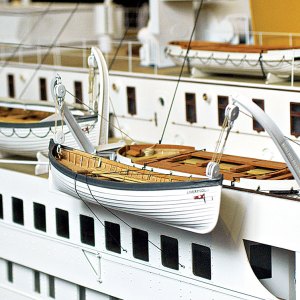 Gary Kohs knew that making a scale model of Titanic would be a riveting job in both senses of the word: It would be fascinating, and it would require a staggering number of those fasteners—tiny ones. Kohs, the founder and president of Fine Art Models of Royal Oak, Mich. (see “Slowly but Surely” below), says that in 1995, Harland & Wolff, the Belfast, Northern Ireland, company that built Titanic, asked him to make a model of the legendary ocean liner. Despite the prospect of his workers’ fussing with all those minuscule rivets, he agreed without hesitation. “It was an honor to be asked to do this, no question,” says Kohs, noting that this was the first—and still is the only—time that Harland & Wolff commissioned a model of Titanic. “If you were asked to document the most famous ship in history, an icon that had never been modeled before, and you would be the only one who would do it—that’s pretty great, isn’t it?”

Kohs, who is 63, does not build the models himself; he employs teams of artisans in different parts of the world. The ones who built the Titanic model are located in Riga, the capital of Latvia, and are led by Dimitriy Maruschak. When he learned of the commission, says Kohs, Maruschak “went absolutely crazy and said, ‘Yes, we must do it, we have to do it.’ The Latvians had grown up with no censorship of that tragedy. They all knew about it,” Kohs says. “Everyone in the world knows about the Titanic. Everyone.”

Maruschak and his six-man crew worked on the 18.5-foot-long, 1:48 scale model full-time for seven years—three years longer than it took to complete the 882-foot ship. The behemoth of a model weighs 1,500 pounds and features teak decking and signage that is accurate and, in some cases, legible only when viewed through a magnifying glass.

Kohs says that his contract with Harland & Wolff stipulated that Fine Art Models would build the model at its own expense and retain ownership. The model made its public debut in 2002 in an exhibit at Explorers Hall in Washington, D.C., but this is the first time that Kohs has offered the model for purchase. (PucciManuli, an online toy retailer founded by Kohs’ daughter, Carrie, will conduct the sale.) The piece features more than 3.3 million rivets ranging in size from 0.0196 inch (0.5 millimeter) to 0.007 inch (0.2 millimeter). “It took four guys working 12-hour days for two years just on the rivets. Each is in the exact location as on the real ship. We would drill an individual hole and place it. The hole was slightly smaller than the shaft of the rivet,” Kohs says, explaining that the workers would push the rivets into place one at a time with 6-inch-long punch tools, and then they would use jeweler’s hammers to pound in the rivets. “I thought they would quit after the first week, but they became obsessed with it. It was the ultimate challenge. If we could do this, no other ship model could come close to what we’d done.”

{ The price does not cover delivery outside of the continental United States. }

In addition to crafting miniaturized ocean liners, Fine Art Models (248.288.5155, www.fineartmodels.com) makes exact scale models of speedy machines, such as the Ferrari 312PB, but its artisans are never in a hurry. “Few things promote compromise like deadlines and schedules. We got rid of both,” says Gary Kohs, founder and president of the 18-year-old company. “It’s done when it’s done, and it costs what it costs.” Fine Art Models began by making model trains and later expanded into ships, cars, planes, military vehicles, and motorcycles. It has produced 125 different limited-edition models, including a 1:8 scale Bugatti Type 57C, a 1:32 scale Pennsylvania Railroad M1a 4-8-2 locomotive, and a 1:8 scale Willys MB Jeep. All of those have sold, but future offerings include a 1:15 scale Sopwith Camel aircraft, a 1:8 scale M5A1 Light Tank, and a 1:48 scale model of Ernest Shackleton’s Antarctic ship, Endurance. “I have a penchant for detail and a masochistic tendency to believe that nothing is ever good enough,” Kohs says. “In model making, that’s wonderful. It allows you to build things that have never been done before.”