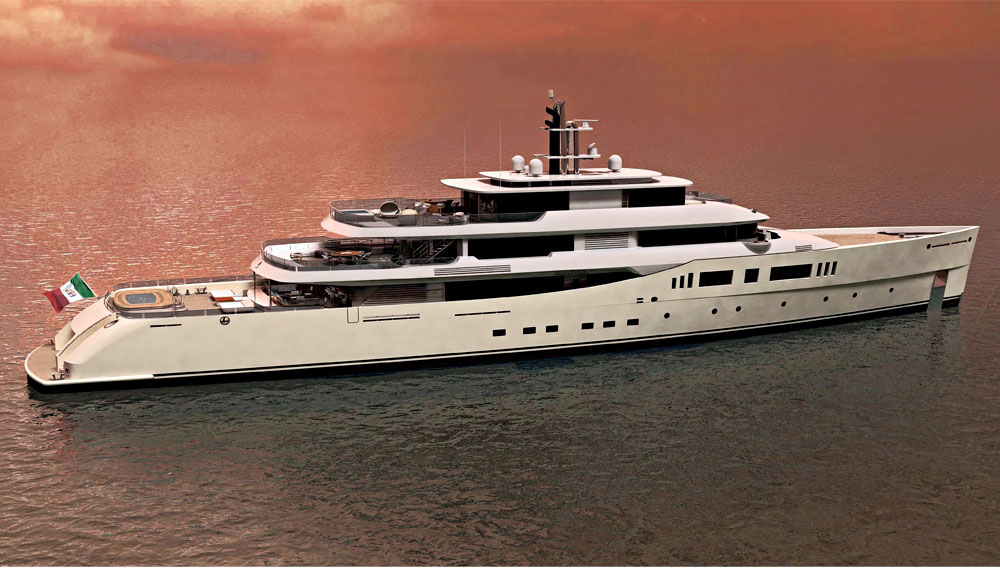 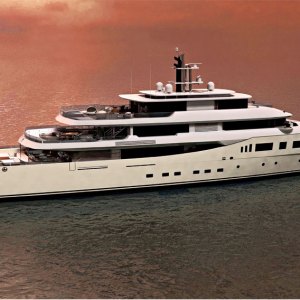 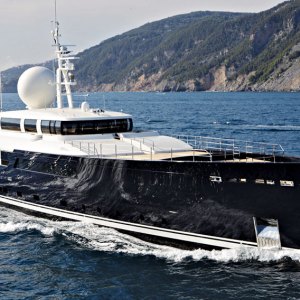 Starting at about $45 million

One cannot put a price on one’s dreams—which is why yacht designer Philippe Briand is reluctant to cite one for the boat he will conceive for the recipient of this gift. “We love all of our designs,” he says. “But they are always customized according to the requirements of the owner, so it’s very difficult to give a number.”

For an idea of the price—and, more important, the possibilities—of such a yacht, one must consider Briand’s previous designs, namely those created as part of his Vitruvius series of custom motor yachts. Thus far, Briand and Italian builder Perini Navi have completed two boats in the Vitruvius line, measuring 164 feet and 180 feet in length. Both were built at Perini Navi’s Picchiotti shipyard in La Spezia, where a third Vitruvius yacht, a 240-foot version, is currently under construction. The approximate build costs for the three Vitruvius vessels have been $45 million, $60 million, and an estimated $130 million, respectively.

Using these yachts as a starting point, the recipient of this gift will work closely with Briand to design his or her perfect yacht. “Personally, I love regattas,” says the French designer, who began his yachting career as a competitive sailor and went on to design several America’s Cup–winning sailing vessels through his London-based design firm. “So for myself, I would consider a boat with more racing features.”

For Exuma—the first of the Vitruvius builds, which received Robb Report’s 2011 Best of the Best award in the custom-megayacht category—Briand created a design more focused on comfort than sport. “We wanted to keep the proportions generous,” says Briand. “Not too many decks, not too many accommodations, but just a nice and comfortable feel for the owner and his family.”

After coming up with the initial plans for Exuma, Briand worked closely with the Belgian buyer to finalize every detail, ultimately arriving at a design with an abundance of interior space. The yacht accommodates a total of just nine guests in five staterooms including the owner’s master suite, whereas most similarly sized yachts hold more passengers but in smaller guest quarters. Exuma’s design also appealed to the owner’s desire for an explorer vessel, with a range of 5,500 nautical miles—and a glass-walled top deck that provides 360-degree views of whatever far-flung locations the yacht ventures to.

Exuma’s globe-trotting range is due largely to Briand’s forward-thinking design. “With Vitruvius, we believed that a motor yacht could also be designed as efficient,” he says. “So we used our experience in designing sailing yachts and brought it to a motor yacht to get less drag and so less consumption.”

While Briand envisions for this gift a yacht with a similar design to those of the Vitruvius builds, he is hesitant to define his idea of a dream yacht. “Sometimes we dream about going to remote areas and doing more exploration, so for this, Vitruvius could be an ideal boat,” he says. “But there is not just one ideal boat, so I would say there is not just one answer to that question.”