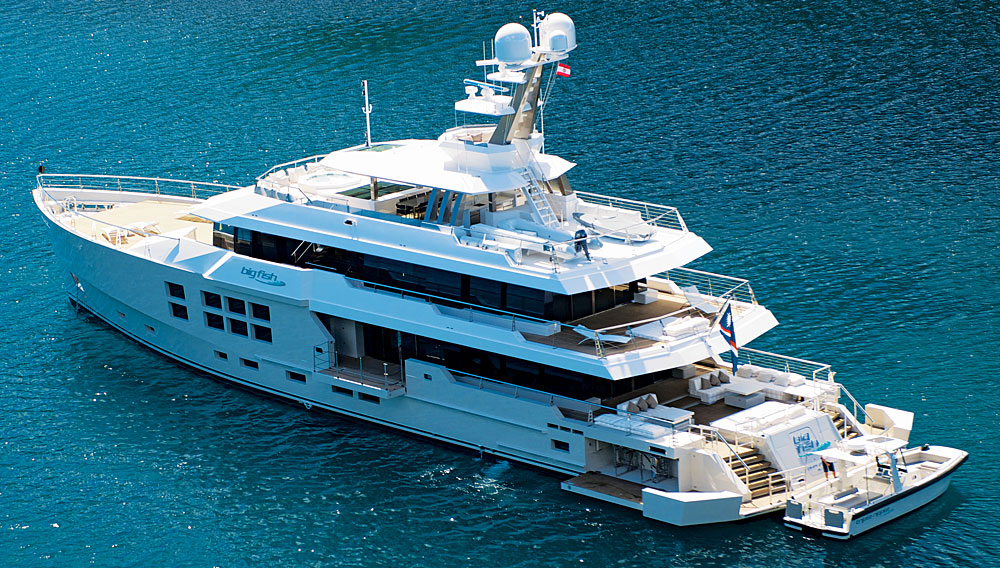 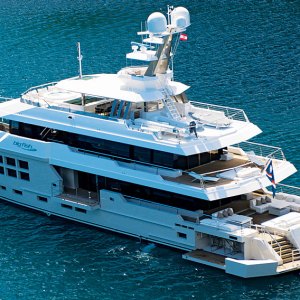 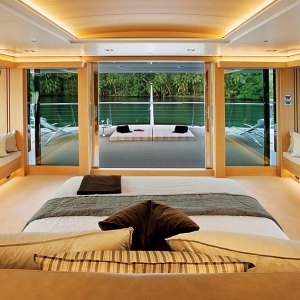 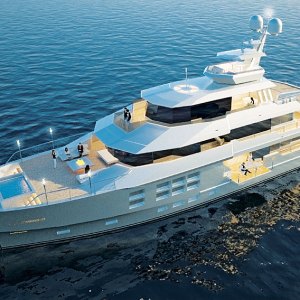 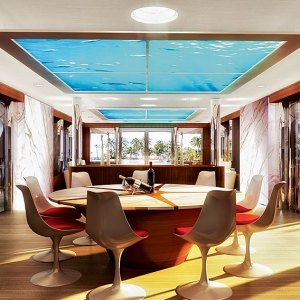 A three-week, 10-person charter trip aboard Aquos Yachts’ 148-foot expedition vessel Big Fish as she makes a historic journey over the Northeast Passage next summer.

Big Fish’s 164-foot sister yacht, Star Fish, to be completed and delivered to the recipient in 2012.

No private yacht has ever traversed the Northeast Passage—the expanse of Arctic waters north of Russia that connects the Atlantic and Pacific oceans. Next summer, the recipient of this gift and as many as nine guests will go down in history as the first civilian party to achieve this feat, which has only recently become possible because of climate change.

The three-week voyage across the Northeast Passage will take place aboard the 148-foot trideck expedition vessel Big Fish, which Hong Kong–based Aquos Yachts designed and built in conjunction with New Zealand’s McMullen & Wing shipyard and Canada’s Gregory C. Marshall Naval Architect. The partners created Big Fish, which launched in March, to endure the planet’s harshest climates while providing amenities not otherwise found in such far-flung corners of the earth.

“We wanted this yacht to give charter guests unique, life-altering experiences,” says Jim Gilbert, president of Viewpoint Consulting, the Seattle-based firm that represents Aquos Yachts globally. “No other yacht will encounter such rare settings and wildlife populations while also offering this level of luxury.”

Big Fish’s five-stateroom interior includes floor-to-ceiling windows with stronger-than-steel panes of glass that afford crystal clear vistas. Communal areas feature straight-grain oak woodwork and Philippe Starck furnishings, while guest quarters include onyx paneling and custom mattresses with bedding by Loro Piana. The yacht’s outdoor dining and lounging areas are on a nonskid deck made of modified granite instead of teak. The flybridge houses a hot tub, which should help fend off the Arctic chill on this historic journey.

Conditions in the Northeast Passage, however, are not always so extreme: During summer months, air temperatures can reach 60 degrees Fahrenheit, and the waters are relatively calm. As a result of global warming, previously impassable choke points in the passage are now more or less free of ice, so Big Fish, which features a steel hull built to ice specifications and has a 10,000-nautical-mile range, should have no trouble transporting her guests on this voyage to a virtually unexplored part of the world.

“[They] will see exceptional wildlife, including rare belugas, polar bears, sea lions, walruses, and huge nesting colonies of birds,” says Gilbert. “They’ll also pass through the Franz Josef Land archipelago, which has previously only been visited by Russian military vessels and scientists. Stops along the way will include remote villages that have rarely, if ever, seen outsiders.”

The group will also have opportunities to go ice diving in the Arctic and fly-fishing for salmon, trout, and char on rivers that no human has likely ever touched. A naturalist and a divemaster will be part of the yacht’s 13-person crew, which will also include an ice pilot and a spa specialist.

Shortly after the voyage ends, it will be time to staff your own yacht: In 2012, the recipient of this gift will take delivery of Big Fish’s 164-foot sister ship, Star Fish, which is currently under construction in New Zealand.

Like her smaller sibling, the six-stateroom, steel-hulled Star Fish is designed for extreme adventures, with a 10,000-nautical-mile range. The yacht will feature a 124-?foot-long owner’s deck, two swimming pools, a spa, a gym, and full-height windows in the salon, master suite, and dining room. The yacht’s high point, however, will be the secluded crow’s nest that will tower 37 feet above the water—providing exceptional views of wherever Star Fish’s owner chooses to venture.