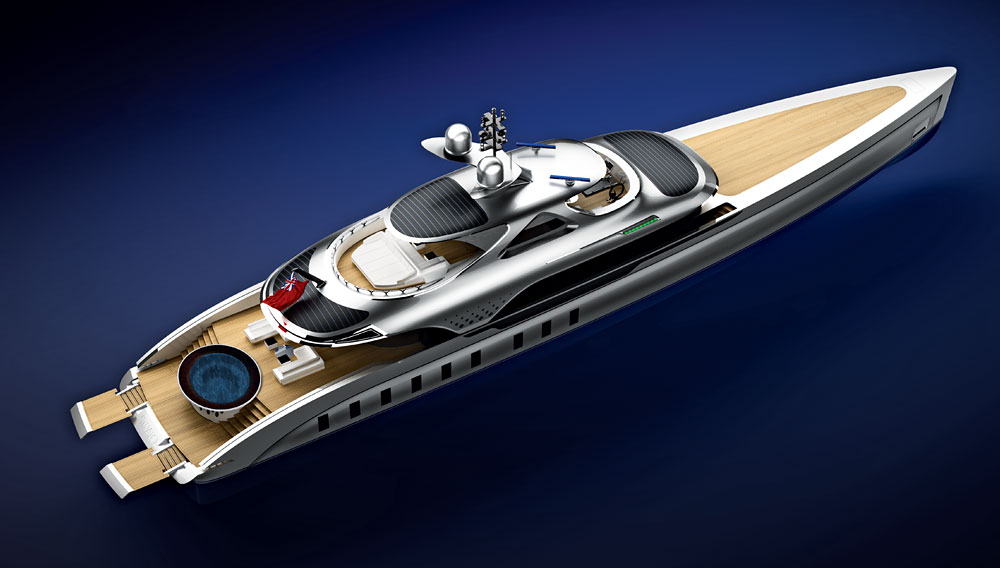 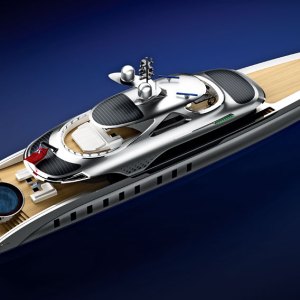 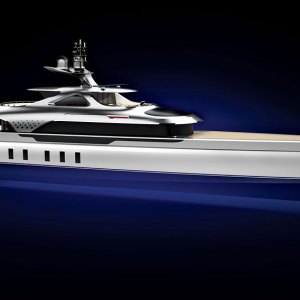 A 170-foot hybrid yacht from Feadship and Dobroserdov Design.

Starting at about $44 million

Sergei Dobroserdov envisions a smarter future for the yachting industry. As owner and lead designer of Dobroserdov Design and director of Nakhimov Yachts, both based in Monaco, the Russian native is in a unique position to make such projections. In addition to overseeing yacht sales, acquisitions, management, construction, and charter through Nakhimov, Dobroserdov has also designed yachts built by such shipyards as Heesen and Benetti.

His most recent design—dubbed Project Strato—could chart a new course for yacht design and beckon the next generation of yacht owners.

“There is nothing else on the market comparable to this,” says Dobroserdov, who will travel anywhere in the world to meet with this gift’s recipient—the launch customer for the Strato concept. He will customize every element of the design except for the size and shape of the hull and superstructure, which acclaimed Dutch builder Feadship will construct from aluminum.

Dobroserdov developed Strato based on the trends he believes will define yacht design in the coming years. “First of all, there is a trend for simplicity,” he says, noting that it is no longer fashionable to commission yachts so massive that owners and guests feel lost while aboard. With that in mind, Dobroserdov designed Strato with just three decks and open, uncluttered interior and exterior spaces. Current plans for the yacht include five staterooms (able to sleep as many as 10 guests), though Dobroserdov says the recipient can trade staterooms for larger living spaces.

He also notes that a comfortable ride is a priority, so he and the Feadship team designed a fast-displacement hull that is extremely stable, thanks in part to its round-bilge shape. They also designed the hull to be nearly 14 feet deep to further enhance stability when the yacht is in rough waters or traveling at high speeds. Under power of dual 3,400 hp MTU diesel engines, the yacht will reach a top speed of 20 knots and have a range of 4,500 nautical miles (when cruising at 15 knots).

“People want to go fast, but still they want to be very economical,” says Dobroserdov, noting that the recipient of this gift will be able to choose from a variety of engine configurations, depending on the desired performance. To ensure efficiency, the yacht will run a pair of 150 kW electric motors that allow the boat to cruise under silent electric propulsion at speeds as fast as 10 knots. A trio of diesel generators will charge the batteries that power the electric motors. (Preliminary data indicate that the electric engines will be able to extend the yacht’s range by 1,000 nautical miles.)

“With these electrical engines, the fuel consumption is about 100 liters [or 26 gallons] per hour,” says Dobroserdov. “That’s at least five times less than anything you’d expect for a boat this size with diesel engines.”

Solar panels for the yacht’s uppermost exterior surfaces are being developed. They will provide supplemental power to the onboard systems.

The gift recipient, with help from Dobroserdov, will determine the yacht’s interior layout and amenities. One of Feadship’s two shipyards, Royal Van Lent, belongs to luxury-goods conglomerate LVMH, which acquired the builder in 2008. Dobroserdov expects that the gift recipient will want to take advantage of that relationship and include items from the parent company’s other brands in the plans. “For myself, I would make a very special collection of Louis Vuitton cases specifically for use aboard the boat,” he says. “Fendi is also in the group, so we could make custom Fendi furniture for the yacht.”

Dobroserdov will also design a tender, which will stow in the garage at the bow and launch through a hidden hatch under the foredeck via a custom dual-crane system. At the yacht’s stern will be a large teak swim deck with a pair of platforms that fold out just below the big circular spa—if the recipient chooses to include the spa.

“Another trend is to have a very open stern area,” says Dobroserdov. “But you can customize whatever you like. To be frank, what’s good and bad about design is that it’s a simple language: You either like it or you don’t. Sure, we have a lot of knowledge delivering yachts and organizing the whole process, but it’s up to the buyers to determine what they really want.”

The yacht will require about two-and-a-half years to construct. The gift must be purchased by January 1, 2013, to ensure that the recipient will be the launch customer for the concept.