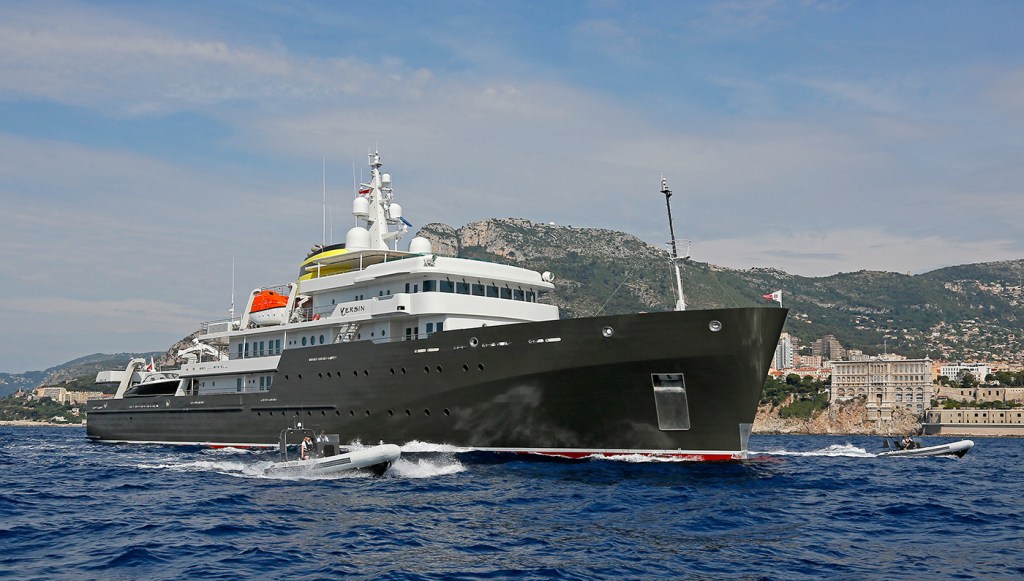 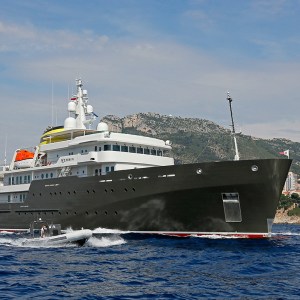 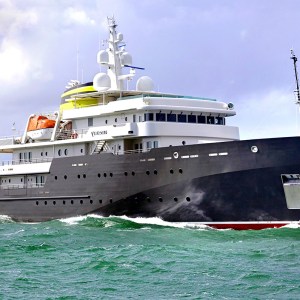 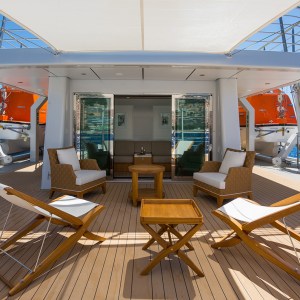 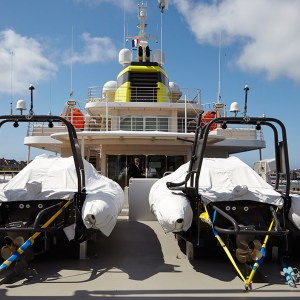 Piriou’s Yersin, the 250-foot expedition yacht that made its debut at the Monaco Yacht Show, is the first yacht from the French shipyard. The yacht’s owner, Francois Fiat, chose the yard because he wanted a boat that would be as robust as the commercial vessels Piriou has built in its 50-year history.

Fiat named the boat after Alexandre Yersin, the Swiss born, French scientist and adventurer who traveled the world to find cures for diseases like rabies and the bubonic plague. Fiat and Piriou had three criteria that the world-class explorer had to meet: Yersin had to be able to sail with an extended range in all waters—from the tropics to polar regions. The rugged behemoth also had to be as eco-friendly as possible, both in propulsion and its onboard systems. Finally, Yersin had to be extremely comfortable and versatile, since the owner and his guests could be spending months onboard.

The performance statistics of the eight-stateroom, 18-passenger yacht—which can also accommodate 24 crew members and two captains—show that Yersin will indeed be able to travel just about anywhere in the world. The displacement design, with its reinforced hull, is rated Ice Class so it can navigate among ice floes up to 15 inches thick. It can cruise comfortably in temperatures ranging from minus 4 degrees Fahrenheit to desert climates in excess of 122 degrees Fahrenheit.

Yersin’s range of 15,000 nautical miles at 11 knots means the yacht can travel between the west coast of France and New York a total of five times without refueling. The boat could sail for 50 days without refueling or reprovisioning. It can store 21,000 gallons of fresh water, with the capacity to make 14,000 gallons per day. The yacht can even hover for 10 days in the same location without anchoring thanks to its GPS-based positioning system (a legal requirement when yachts move into areas with many reefs).

Despite the intrepid exterior, Fiat also wanted a boat that people would want to spend months aboard. In addition to the palatial owner’s suite, the seven guest staterooms all have full-size bathrooms, large-screen televisions, and advanced IT systems for comfort. The boat also has two gyms, two inner bars, multiple saloons, a hammam, massage and steam rooms, an observatory on the upper deck, and a large sundeck with a swimming pool and a shaded lounge. An interior elevator connects all six levels. In other words, Yersin is a moveable mansion.

Her green side shows up below deck, where a multifunction propulsion system offers redundant systems in case of malfunction. The six generators, two azimuth pumps, and jet pump can work independently of each other if one system fails—a contingency plan that would come in handy if cruising some uninhabited islands in the South Pacific. Using the jet pump also lets the yacht cruise into shallow waters like Amazonian inland rivers or into tributaries leading into the Great Lakes.

In a nod to the scientist the boat is named after, Yersin also has interior space for a laboratory, with a seawater intake for water testing and satellite connections to global scientific networks. A 1,500-square-foot platform on the yacht provides space to house a seaplane, submarine, or a small navy of water toys. The boat is equipped with four tenders, including a 36-foot motorboat with a cabin for day trips along remote coasts. (piriou.com)