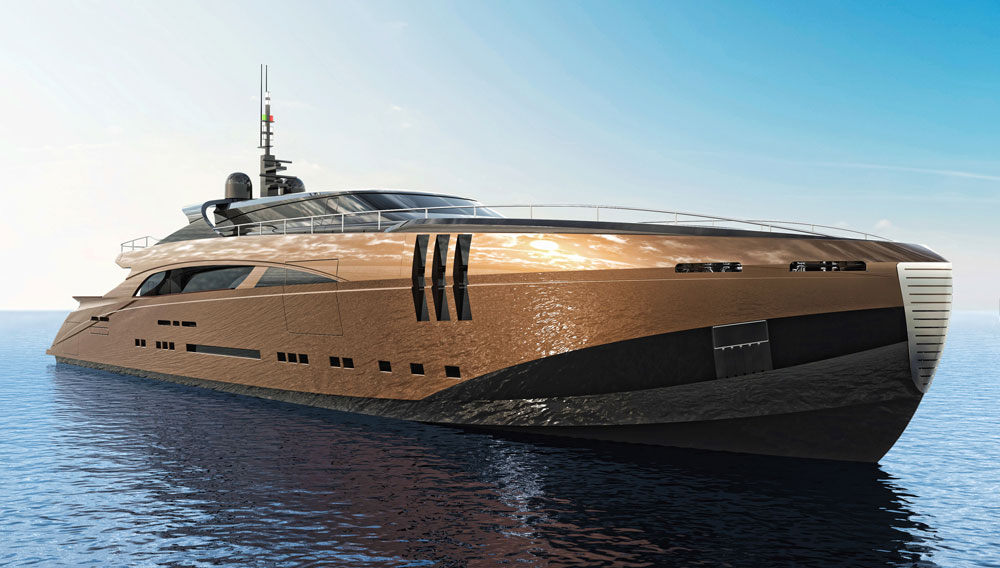 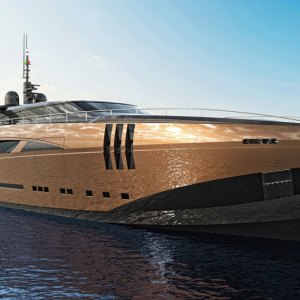 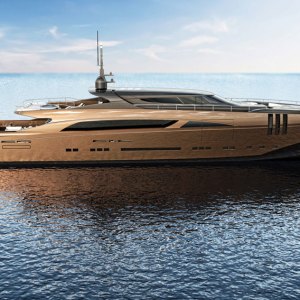 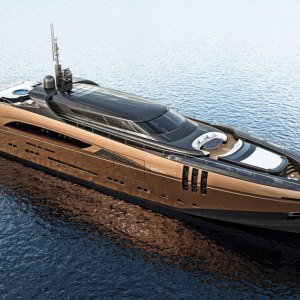 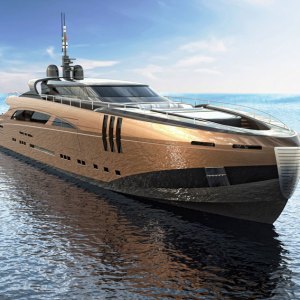 The Italian designer Federico Fiorentino created the Belafonte superyacht concept with a contemporary exterior that also features many traditional elements. The profile of the 164-footer is svelte and aggressive, with a low-slung top deck. The exterior’s open areas at the back of the main and upper decks give the yacht an appearance not unlike that of an offshore powerboat. Depending on the choice of engine, Fiorentino estimates that the Belafonte will be able to reach speeds as high as 24 knots. Despite its head-turning profile, the Belafonte never crosses into futuristic design—a category that can appear dated after a few years. Instead, its simple, classic lines, mahogany-covered handles, and stainless-steel grille on the bow should keep it looking contemporary.

“We use strong contrasts between classic and modern designs and try to combine aggressiveness and elegance,” says Fiorentino, whose favorite space aboard the yacht is the bow area. He notes that the stainless-steel nose is reminiscent of a 1960s Alfa Romeo radiator grille.

The Belafonte’s interior can accommodate up to 10 guests in five staterooms, including a full-beam, 1,000-square-foot owner’s suite, which includes a separate office and studio, a folding balcony, and two walk-in closets. An expansive saloon and formal dining areas are located on the main deck. The semi-enclosed upper deck has an open aft area with a sky lounge.

Fiorentino estimates that the Belafonte will cost about $26.4 million, with a build time of about 2.5 years. “The yacht is comparable to a Porsche or Aston Martin—sports cars with an elegant touch, [and] modern lines mixed with classic elements,” he says. “This yacht calls for the same type of person who would buy those cars.” (federicofiorentino.it)