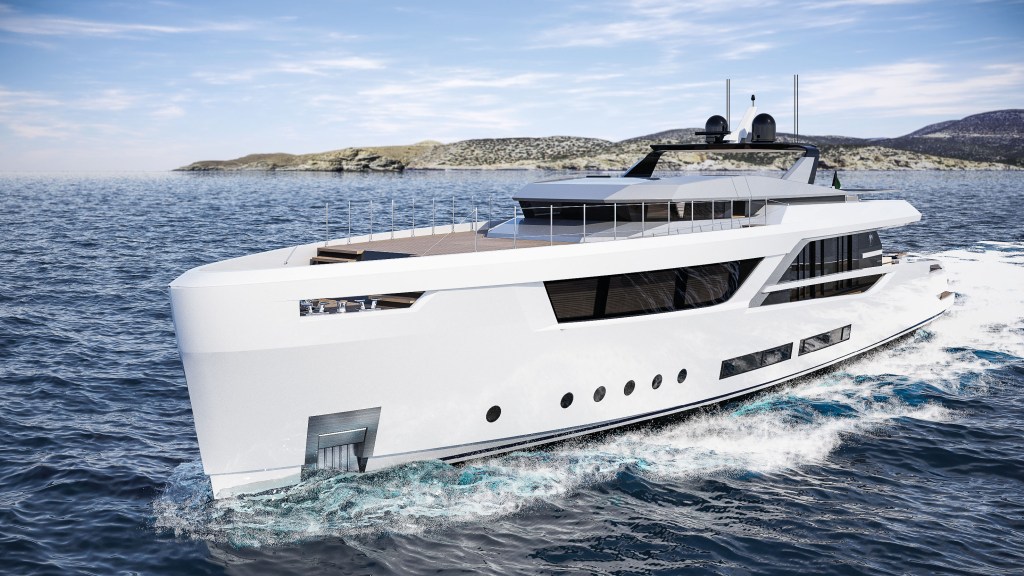 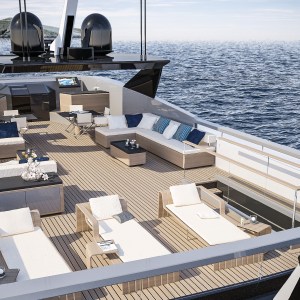 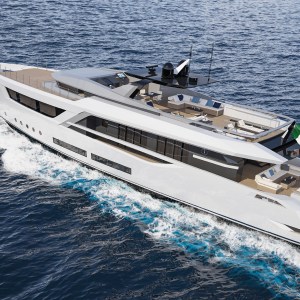 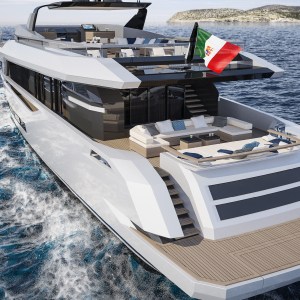 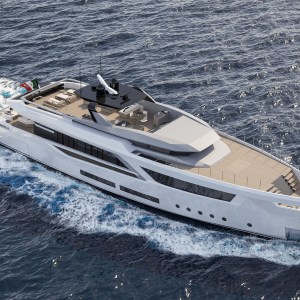 Baglietto unveiled a new concept at the Fort Lauderdale International Boat Show that changes everything. The mostly traditional look of the Baglietto fleet, based on longstanding rules of design, has undergone a transformation with the new V-Line. The 38M, the smallest yacht in the series, was created by Milan-based Hot Lab, a yacht-design studio known for breakthrough ideas.

The new 125-footer is a radical departure for the 163-year-old Italian brand, incorporating contemporary features like a straight bow, extended flybridge, floor-to-ceiling windows on the main deck, and a large aft swim platform. The vertical bow gives additional space to the forward owner’s cabin on the main deck, while a fold-down terrace can be incorporated into the master suite. The high windows that extend nearly the length of the interior on the main deck also bathe the interior in bright, natural light. On the exterior, the flybridge has three sections that promote sunbathing, alfresco dining, and navigating from the upper helm. (Owners can also choose a raised-pilothouse design over the tri-deck.) The massive foredeck is also designed for socializing, with sunbeds, and a concealed table with chairs that pop up from the deck.

Hot Lab managed to keep some of Baglietto’s traditional DNA, including its famous horizontal lines and a flybridge that rides low on the superstructure, paying homage to its performance roots. The studio also added some of its own design cues, including a fin shape at the flybridge base that symbolizes the new V-Line. At the Fort Lauderdale show, Baglietto also announced a 135-foot 41M sistership in the V-Line series, also designed by Hot Lab. These new boats are part of Baglietto’s initiative to reinvent itself without abandoning its roots. It continues to introduce new designs while holding fast to more traditional styles like its Fast series.