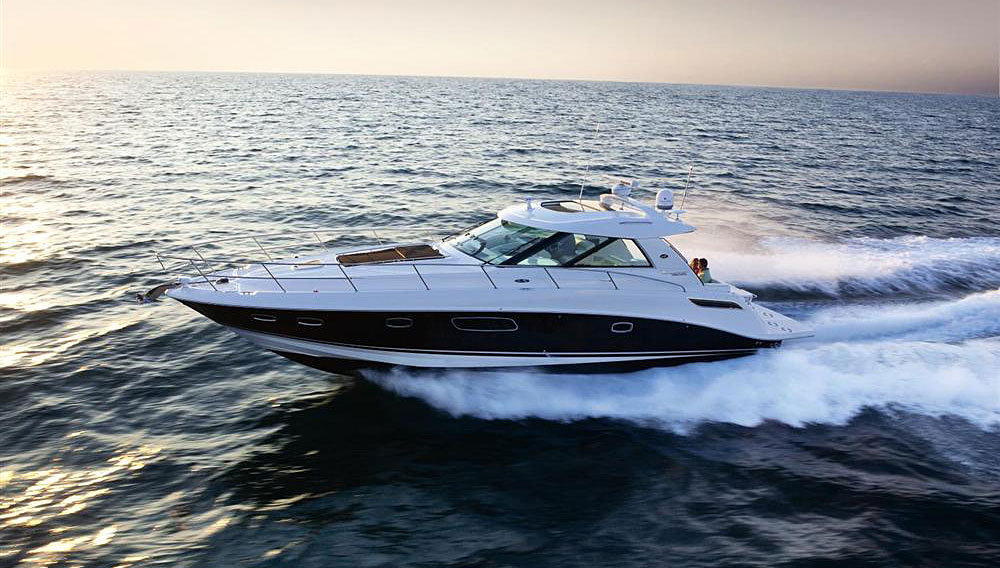 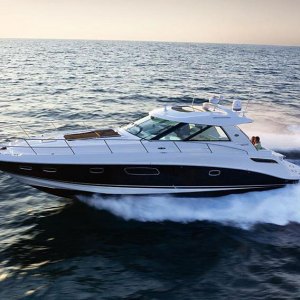 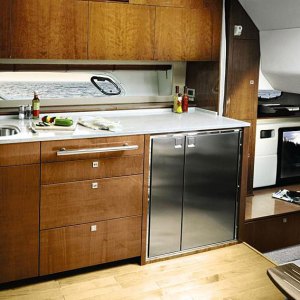 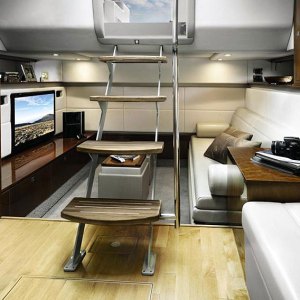 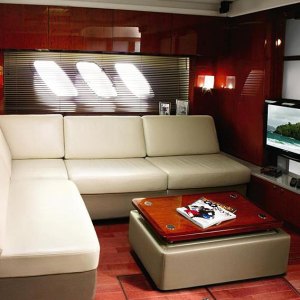 The 450 Sundancer, released in late 2009, has the same lines and hardtop that the Sea Ray line is known for, but it also comes with a new Axius propulsion system. Axius allows owners to spin the boat on its own axis, making maneuvering into tight slips relatively easy. The new system also frees up space for the interior, allowing the designers to add more space in the salon and staterooms. The sleeker look of the exterior is a nice departure for this U.S. builder.