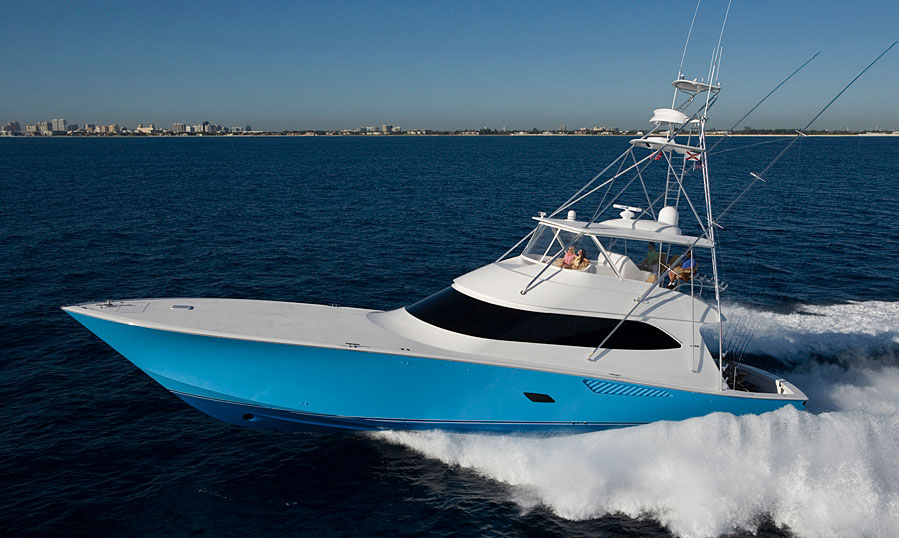 Viking, Bertram, and Hatteras comprise the triumvirate of American sportfishing boats. The competition between the three has been healthy for anglers, but Viking has taken a slight edge with its new 76 Convertible. Introduced at the 2009 Fort Lauderdale Boat Show, the aggressive profile, large curved windshield, and blue hull was a showstopper. It looked both retro and modern at the same time. But behind the pretty profile is a serious fishing machine. Its 206 square-foot cockpit is loaded with fishing equipment, from the bait freezer to the insulated fish boxes and the observation seat behind the fighting chair. Little wonder that Viking yachts win more tournaments in the World Billfish Series than any other manufacturer. The flipside to the boat is the lavish interior?an electric door opens to the salon?defined by teak joinery, hand-built furniture, a home theater center, and Bose audio system. On this intrepid-looking battlewagon, roughing it after a day’s fishing is not an option.