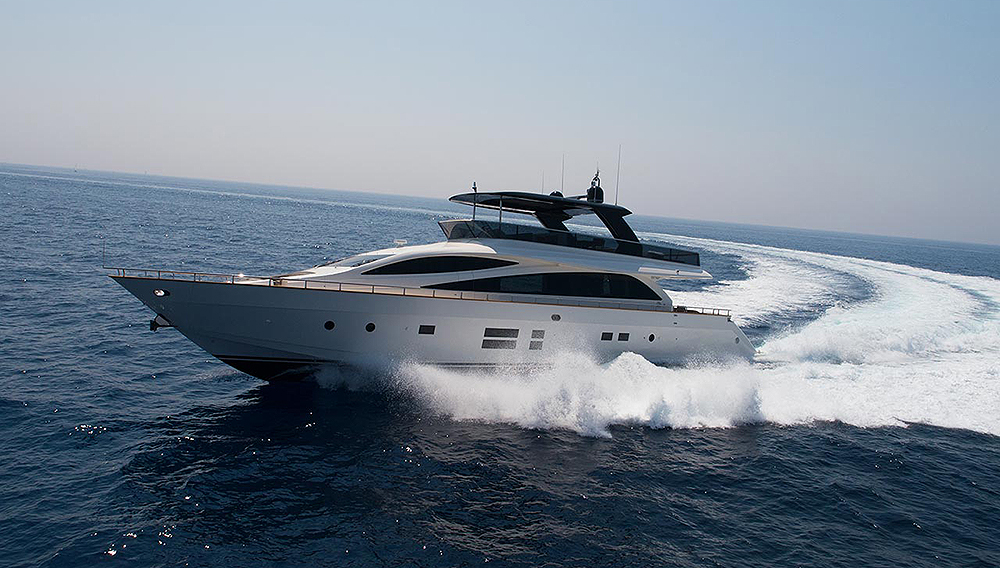 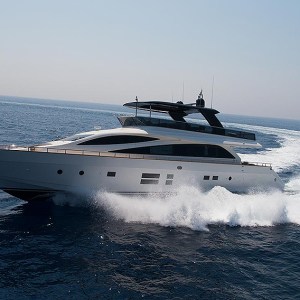 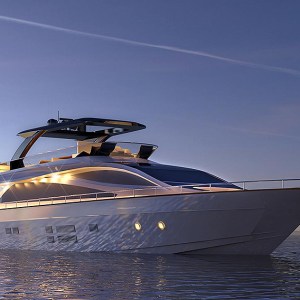 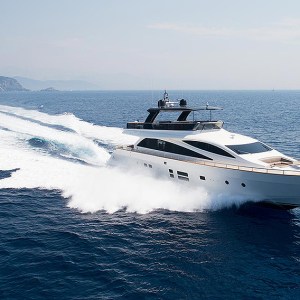 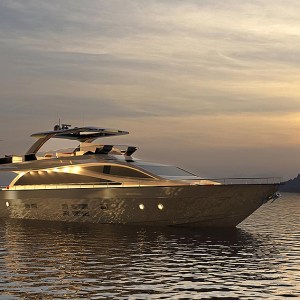 With a sleek profile and long forefoot, Save the Sea, the new Amer 94 by Italy’s Permare Group, looked like other planing superyachts at the 2015 Cannes Yachting Festival where it was launched. But the go-fast superyacht kept a “secret” that differentiated it from any other yacht in its class: three Volvo Penta 1200s connected to Volvo IPS drives. Although the 94 footer is not the first yacht under 100 feet to have the IPS pod system (that honor goes to a U.S.-built Lazarra eight years ago), the Italian superyacht incorporates the latest and greatest 900 hp Volvo engines, producing a top end of 30 knots while still burning a third less fuel than similar planing yachts with a traditional diesel engine. The Permare Group also claims that Save the Sea delivers double the speed of a displacement yacht of the same length yet burns the same amount of fuel at top speed.

The other advantages of the Volvo IPS system (in which the 900 hp engines sit directly over the rotating pods under the hull) are additional interior space and better maneuverability. Save the Sea offers a four-stateroom configuration, with the master suite aft taking full advantage of the extra six feet afforded by the IPS’s configuration. And its 10-foot draft allows it to navigate into shallow waters where other yachts of its size would fear to venture.

Aesthetically, Save the Sea may look similar to other planing yachts, but that is not to say it doesn’t look cool. A large sundeck on top is covered in part by a retractable carbon-fiber hard top, and there is a large sunning area at the rear. The profile features a long, sweeping window that bathes the large main-deck saloon and dining room with natural light, while the staterooms below gain natural light from the hull-side windows. A 12-foot tender garage cleverly accommodates a foldable 17-foot Extender rigid-hulled inflatable, thus reducing garage space and further contributing to Save the Sea’s spacious interior.

Next in the pipeline is a larger yacht, another Permare Group and Volvo collaboration, that will run off four Volvo engines connected to the IPS system. The companies also are looking into hybrid-electric-propulsion systems that would bring emissions down even more. For now, however, Save the Sea is arguably the fastest, most fuel-efficient superyacht in its class, demonstrating that Volvo’s IPS system is suitable for yachts climbing toward 100 feet. (ameryachts.it) 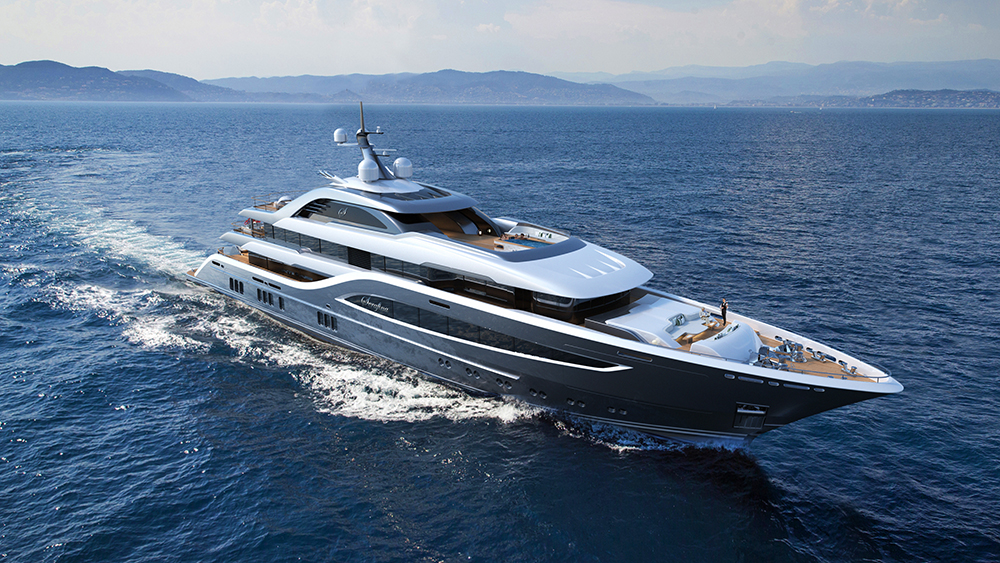