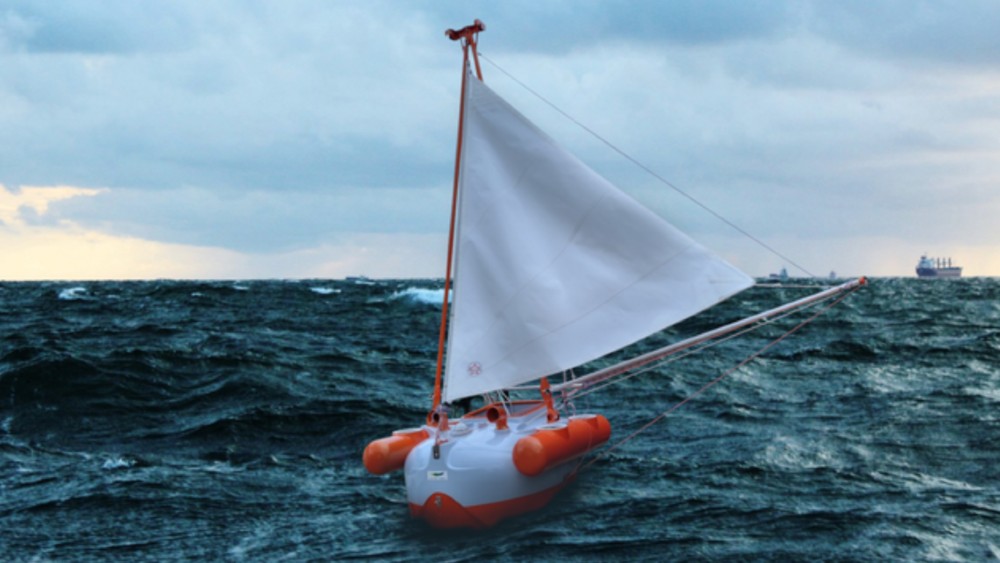 Next spring, British sailor Andrew Bedwell will attempt to break the record for sailing across the Atlantic, in a boat that’s just 39 inches long. That’s right: 3’3″, or roughly the size of a large suitcase.

Bedwell, 48, will set off from St. Johns, Newfoundland in May and make the perilous 1,900-mile crossing to Lizard Point in Cornwall on England’s west coast, hoping to set a new record for the smallest vessel to ever sail across the Pond.

“I’m under no illusions that it’s going to be easy. But all my life I’ve taken on unusual challenges, though this is the ultimate,” Bedwell told Robb Report. He adds: “My wife thinks I’m crazy.”

Andrew Bedwell on Big C. The solo navigator will be locked into the tiny helm seat during the 1,900-mile crossing.  Courtesy Andrew Bedwell

Bedwell’s goal is to break the record set in 1993 by American sailor Hugo Vihlen in his 5’4” boat Father’s Day. More than two feet shorter, his pint-sized craft will be even more spatially challenged for the six-foot-tall Englishman.

“I can just about sleep if I’m curled-up tight. And if I’m sitting upright, the top of my head is just an inch below the transparent dome that I use to see out of. There’s not much room to move around.”

“Big C” has a lead keel so it will right itself after capsizing—something Bedwell expects regularly. The mini boat was also designed to handle 60-mph gale-force winds and big seas.  Courtesy Andrew Bedwell

There are also 12 watertight compartments—eight inside and four on the outside—to store supplies. Andrew hopes to complete the journey in 60 days, but will carry enough provisions for 90 days at sea. He’ll also have a manual watermaker that will fill a 1.3-gallon container in the bilge.

To power the yacht’s navigation gear, chart-plotter and radio there are solar panels on the stern, plus a tiny, hand-cranking generator as back-up.

Home sweet home: Bedwell will sit in this helm seat 24/7 for nearly two months on the crossing.  Courtesy Andrew Bedwell

“We’ve designed the boat to survive a Force 10 storm [average wind speeds of 59 mph] with the hope that it’s just a Force 6 [28 mph]. For such a small boat, a massive amount of thought and planning has gone into its design.”

In a single-minded focus on using every inch of space, Bedwell’s wife Tracy has concocted a special high-protein dried beef jerky that will line parts of the hull.

A sense of scale with Big C out of the water.  Courtesy Andrew Bedwell

“I’ll literally be eating the boat,” he says. “The stuff tastes pretty nasty, but it’s packed with all the nutrients I need. Sadly, there’ll be no room aboard for treats.”

The boat was originally designed by Bedwell’s close friend, fellow micro-yachting enthusiast and trans-Atlantic record-breaker, Tom McNally, who died in 2017 of cancer. In honor of his friend, the little boat is named Big C—also a play on big seas—and next year’s voyage will raise money for Cancer Research.

Bedwell, a sailmaker by trade, isn’t new to sailing big oceans in small boats. In 2016, he single-handedly piloted his 21-foot Mini-Transat yacht around the entire coast of Britain. Two years later, he sailed the same tiny vessel to Iceland and into the Arctic Circle.

Bedwell has also set up a GoFundMe account. His progress can be followed through the Facebook page “Big C Atlantic Challenge.”