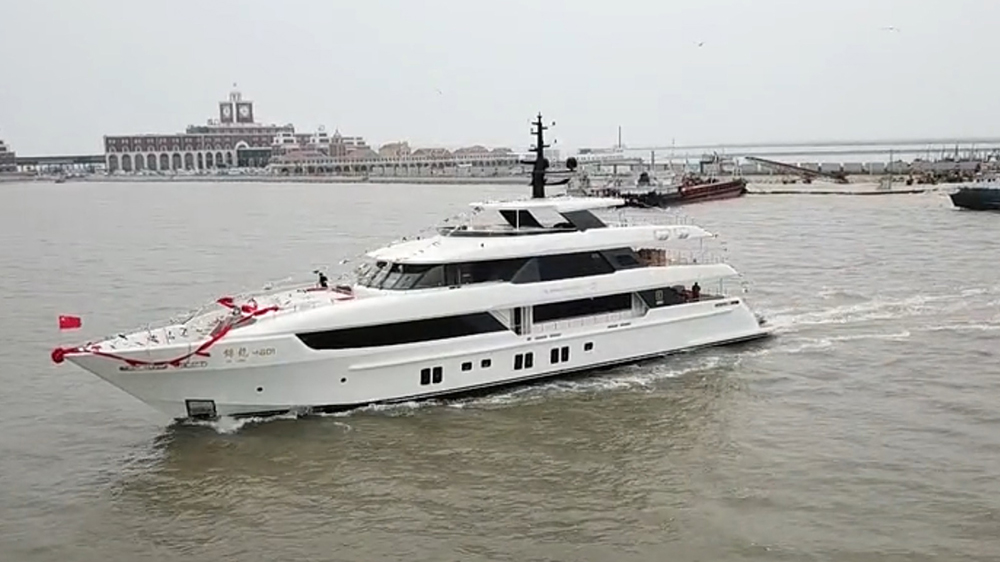 It appears when the world’s favorite Kung Fu superstar is not busy rumbling in the Bronx, he’s creating superyachts. Kick-ass stuntman and actor Jackie Chan has collaborated with Chinese Shipyard JinLong to launch a spectacular 150-foot flagship superyacht.

The 65-year-old commissioned the project back in October 2017, and after a two-year construction period at Jinglong’s Huludao Yacht Industry Park facilities, the vessel has finally hit the water. ​

Dutch firm Mulder Design—which has previously penned models for the likes of Sunrise, Baglietto, Heesen, and Benetti—and produced some ultra-cool adventure yacht concepts—was tasked with designing the vessel’s interior and exterior. The all-aluminum yacht features monochromatic paintwork—an all-white body is juxtaposed against a jet-black hull—and has ‘JinLong’ inscribed on the front in striking gold.

And just like its creator, the superyacht has got plenty of grunt: The twin MTU 16V 2000 M84 diesel engines can pump out a maximum speed of 21 knots and cover an impressive 3000 nautical miles when cruising at a more leisurely speed of 12 knots.

Inside, the superyacht incorporates an open-patio design to deliver swathes of natural light. Sleek wooden cladding covers the walls, while strips of plush hazel carpet and elegant organic-shaped furniture give an upscale ‘80s vibe.

This is not the first time Chan has dipped a toe in the marine industry. Back in 2017, the Rush Hour star took delivery of a 125-foot luxury vessel crafted by Chinese shipyard Ruiying Yachts, which was jam-packed with lavish amenities, including a helideck, hot tub, sauna, gym, karaoke room and, of course, a movie theater for compulsory viewing of Drunken Master. And although the exact configuration of Chan’s new vessel has yet to be revealed, if its slightly smaller younger sister is any indication, his travel companions are in for a treat.

The yacht will now undertake a sea trial period before delivery to her multi-millionaire owner.

Correction: The article previously displayed incorrect images of the 46m JinLong yacht. The images have since been corrected, and we will update this story with more photos as we receive them.