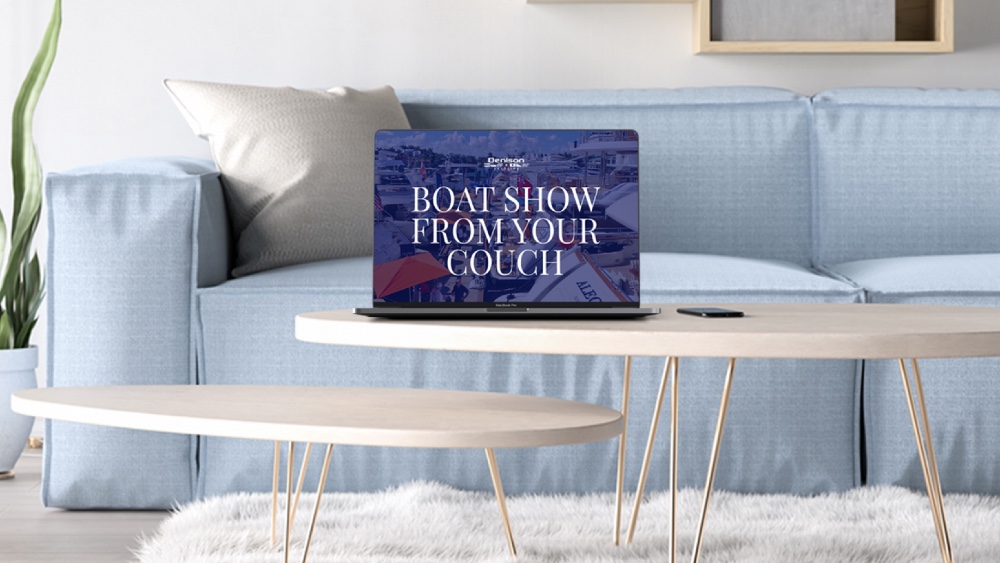 A “Virtual Boat Show From Your Couch” on March 27 promises to “deliver a friendly and safe option in a time of social distancing.” The recent postponement of the Palm Beach International Boat Show, and cancellation of two connected superyacht events, as well as more than a dozen other boat shows in the U.S. and Europe, prompted Bob Denison, owner of Denison Yachting, to come up with an alternative.

“We had a bunch of clients and brokers who were bummed out after the Palm Beach show was canceled,” Denison told Robb Report. “With the coronavirus prompting us to stay in our homes, we decided to bring the boat show to the clients. Our marketing team went into full blitz and developed a virtual boat show.”

The Ft. Lauderdale firm already had a library of 200 to 350 10-minute video tours of yachts, and it is currently filming other vessels for the virtual tours on Friday. Denison says the goal is to have 100 yachts, from 35 to 174 feet, on display for potential buyers.

Beneteau is one of the new-boat brands participating in the virtual boat show.  Beneteau

“We’ve set it up so that anyone interested can see these boats and have a live stream talk with a broker,” says Denison. “The videos are extensive, so the buyers will get a good sense of the yachts. We have also gotten factory incentives from builders for our new-boat lines that are good for that day only.”

The Denison team, which includes videographers, fulltime content managers and programmers, has been working hard to pull the virtual event together. The show will be divided into “docks” or categories that include superyachts, catamarans, fishing boats and others.

“I’ll also be doing live stream interviews with leaders from Benetti, Lurssen, Azimut and leading marine trade officials,” says Denison. “We think the best part of a boat show is that it allows you to engage with dealers and builders. We want to bring that component to the viewers.”

About 350 people have signed up for the boat show. Denison says he would entertain the idea of working with other brokerage firms on possible future events.

“We’ve been building everything from scratch,” says Denison. “I imagine we’re going to be working late into the night on Thursday. We’re being proactive and, frankly, fighting like hell to make this idea work.”