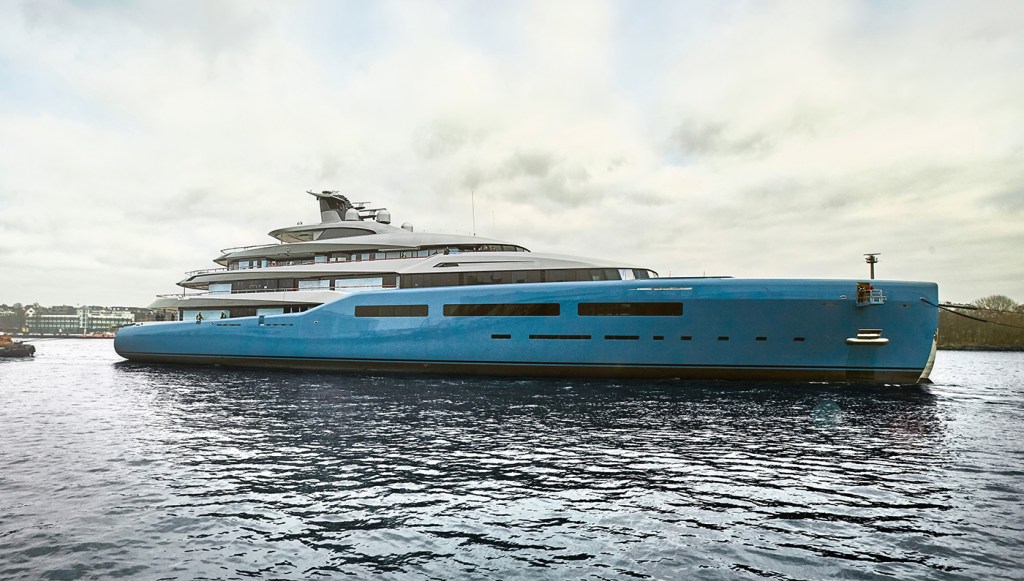 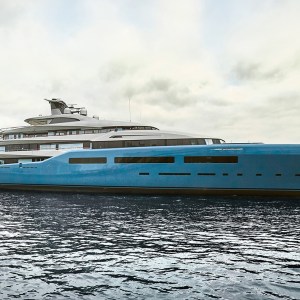 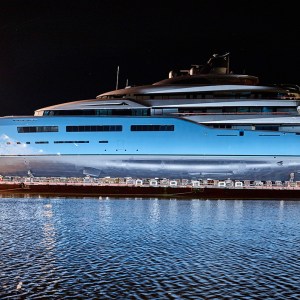 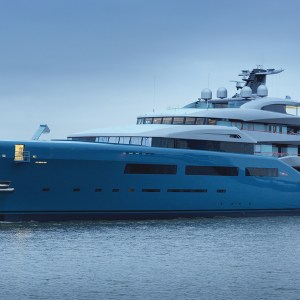 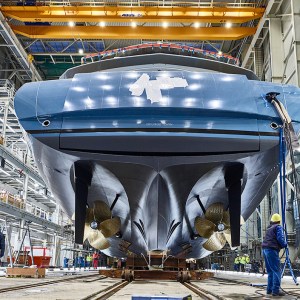 Capable of cruising at a top speed of 20 knots, Aviva is equipped with a hybrid drive system that will allow the yacht to reach up to 11 knots using only electric motors. The pleasure craft was launched just 33 months after the signing of the contract—an impressive record given the scope of the project. Sea trials are scheduled to begin shortly, with an expected delivery slated for spring. Aviva is reportedly the sequel to a 223-foot yacht by the same name, which was delivered to British billionaire Joe Lewis in 2007. Lewis, who currently uses the original Aviva as a floating home base and office, likely has similar plans for the new superyacht. (abeking.com)