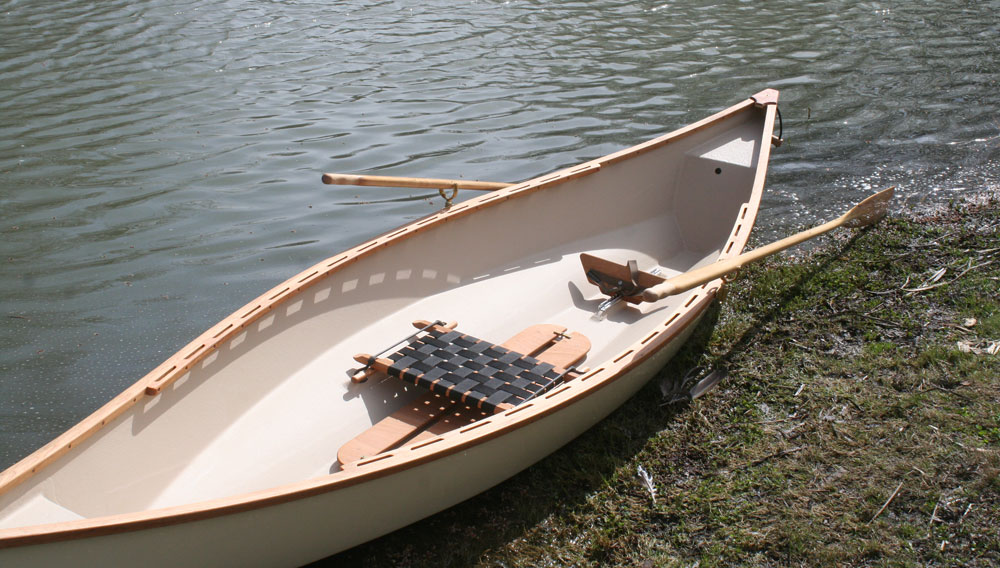 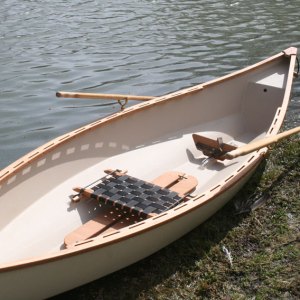 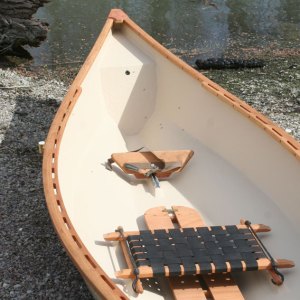 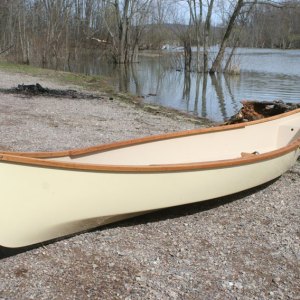 For a nearly two centuries, Adirondack guideboats have been regarded as one of the highest examples of the boat-builder’s art. Originating from the waterways in the Adirondacks in the early 19th century, professional sporting guides required a boat of unimaginable versatility: something a man could carry for a mile and row for a week. To serve as a fishing boat, a hunting boat, a hauling boat, and luxury transport. To be quick, efficient, and stable, in calm and rough waters. Necessity is the mother of invention, and accordingly, Adirondack guideboat design was born.

While now used less for necessity, and more for sport, adventure, and luxury leisure, these boats are still being made by hand by Adirondack Guideboat, from their facility in Vermont, where the company has been handcrafting guideboats for three decades. The company is now owned by brothers Justin and Ian Martin (both in their 30s), who build every boat together -often wordlessly – an instinctive synchronicity, which speaks volumes of their skill.

The Martin brothers, wunderkind-like artisans of boatbuilding in the US, recognized a need for a boat that a solo adventurer could load, portage, and travel with easily. Accordingly, their newest design is the 12’ Ultra-Light Solo Packboat. It has the same hull design as their 12’ Vermont Packboat, but weighs only 34 pounds, a significant 14 pounds lighter than the standard Packboat. The Ultra-Light Solo design is accomplished by the use of more Kevlar and a modified lamination pattern, yet still maintains a 300 pound capacity. The boat includes cherry trim, center seat, adjustable foot brace, and interior gel-coat. There are Kevlar skid plates on each end of the boats to protect them from impact when coming to shore. Each boat is handcrafted and takes about 40 hours from start to finish (they also offer several other Kevlar boats, as well as stunning cedar guideboats, which take about 300 hours to build).

A guideboat utilizes the efficiency of a rowing boat, but without a rowing boat’s traditional heft. Often mistaken for a canoe, a guideboat is actually much faster, as its design has been modified to account for the speed realized with the efficiency of rowing (as opposed to paddling), especially when the weather picks up, and the water gets rough. The boat is more stable than a canoe because the occupants are sitting lower, almost on the bottom of the boat. The oars are pinned and aligned, and the oar handles cross in front of you, taking advantage of the physical mechanics of efficiency and ease of motion, ideal for anyone looking for either adventure or relaxation on the water.

For more information on Adirondack Guideboat they can be contacted at (802) 425-3926 or www.adirondack-guide-boat.com.