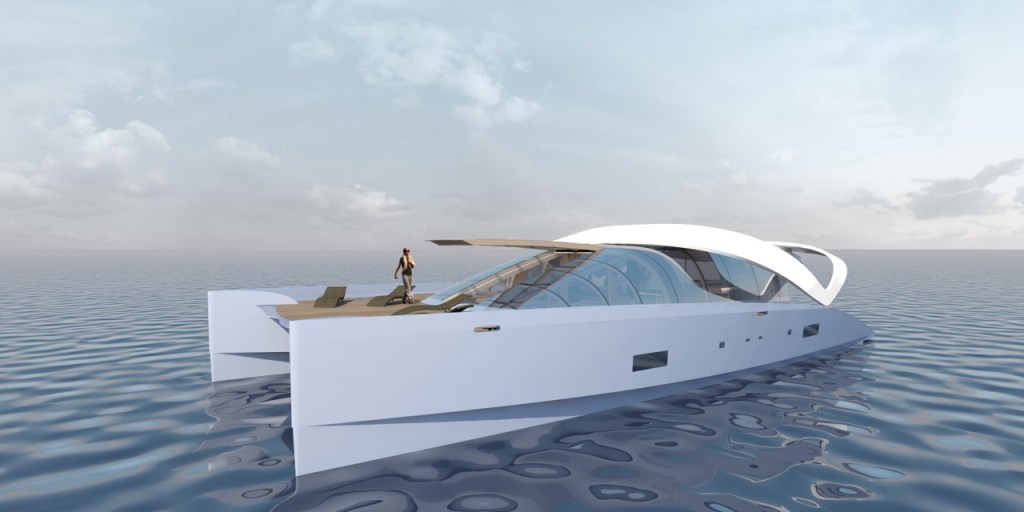 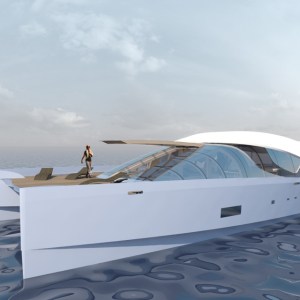 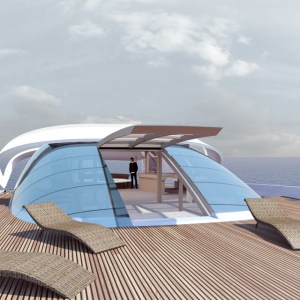 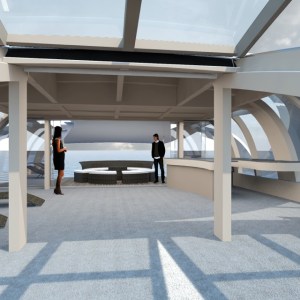 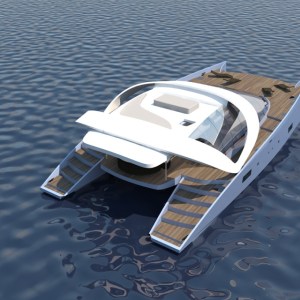 Oxygène Yachts will present the first AIR 77, a power catamaran with a decisively innovative style and design, at the 2013 Cannes Boat Show.

It was the encounter of two men — Frédéric Sarfati on design and Raphaël Krepser on production — that led to the birth of the unit. Both men wanted to create a catamaran that would blend in with its surroundings while also offering a surprisingly spacious, 280-square-meter living area. There is nothing ostentatious about the AIR 77. The designer has chosen discretion as his leitmotif, in respect for the natural aesthetics of the sea. Harmony with its environment is demonstrated by the lines of the hull — ultra simple but also extremely efficient on rough seas — and by the boat’s low position on the water and its harmonious glass/carbon superstructure.

This approach is also manifest in the choice of engine: just 2×260 HP, for an intentionally limited top speed of 20 knots. Fuel consumption is thus maintained at 42 l/h at 12 knots. Thanks to its two UltraJet Masterjet turbines, combined with low weight and a modest draught, the AIR 77 remains easy to maneuver and is capable of accessing the most secluded bays — a rare promise for a unit of this size.

The first AIR 77 has been built with four main double cabins and two double crew cabins. Interior fittings and decoration are exclusively custom built, according to the wishes of the client.