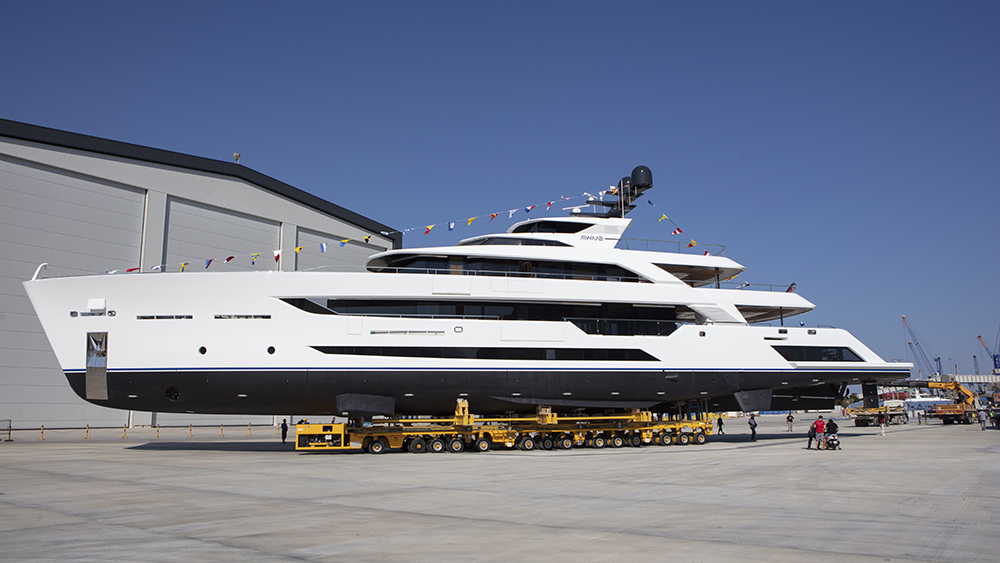 A superyacht that spans 180 feet is rather run-of-the-mill these days. So too is a vessel with a volume of less than 500 GT. However, combine the two and you end up with something pretty special. That’s exactly what Alia Yachts has done with the newest member of its growing fleet.

Al Waab II, which was just launched by the Turkish yard, has been dubbed the world’s longest steel and aluminum superyacht below 500 GT. This means she offers plenty of space onboard yet results in far less red tape. That because vessels with an interior volume greater than 500 GT are subject to additional regulations, so both owners and designers often work to stay under that threshold.

“Yachts are getting longer and wider, but owners still want to stay below the 500 GT mark,” Alia’s president Gökhan Çelik said in a statement. “We’ve seen increasing interest in this kind of yacht and so to be one of the first with such an impressive project is an important milestone for Alia.”

To set the new standard for volume in this category, the yard said it focused on emphasizing the custom vessel’s hull form and exterior areas. The design and engineering both inside and out was executed by Vripack as per the owner’s brief.

“The owner wanted a customized yacht that feels modern, fresh and most importantly like a home, and by that he means comfort, space, luxury, privacy and stability at sea,” Francesco Pitea, CEO of SF Yachts, added. “The amount of outdoor space and the simplicity of the layout makes a big difference to the owner’s enjoyment of his yacht. It’s a dream moment after two years of hard work.”

The superyacht will now undergo sea trials before delivery to her new owner.  Alia Yachts

The floating condo can sleep up to 12 guests across six staterooms and includes a lavish split-level master suite on the upper deck. Naturally, there’s also a sprawling beach club and all the requisite luxury amenities.

“The owner of Al Waab II had the explicit desire to use his boat as a family apartment,” added Vripack’s co-creative director Bart Bouwhuis. “That desire became the founding principle of the entire design. The result is the very essence of living on the water.”

What makes Al Waab II even more impressive is the fact that it was built during a global pandemic. After a challenging two-year construction period, the vessel was delivered only a few weeks behind schedule. Once outfitting is complete, Al Waab II will undergo sea trials before delivery to her new owner. It will make its official world debut in September. Stay tuned.