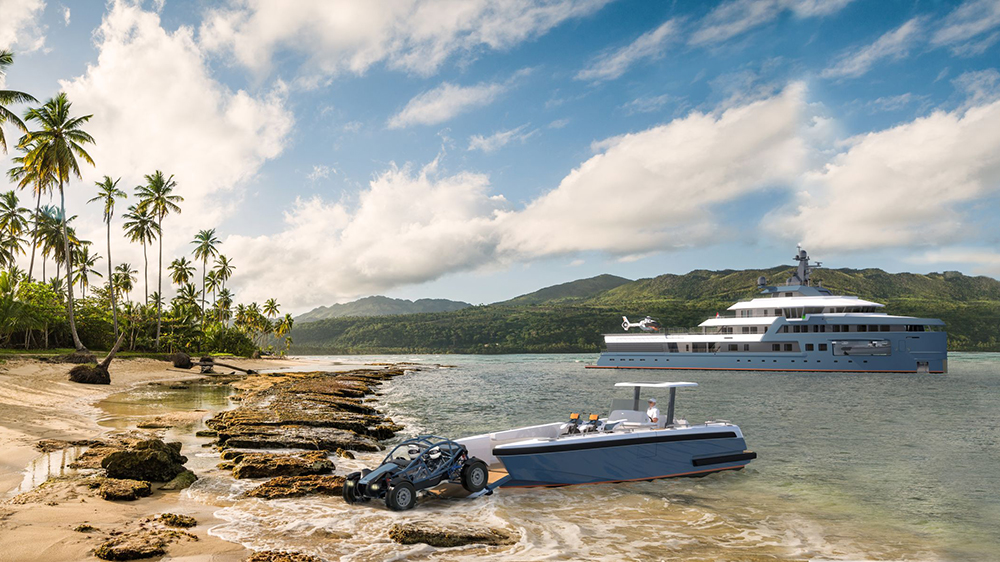 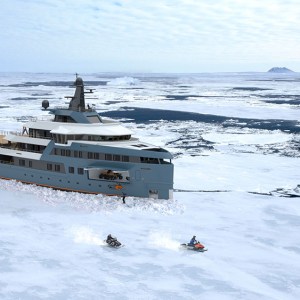 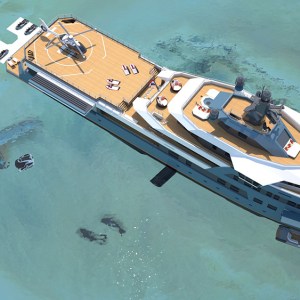 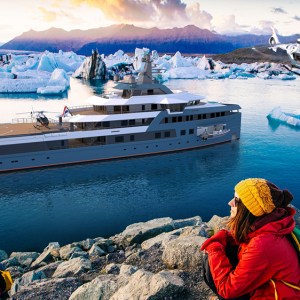 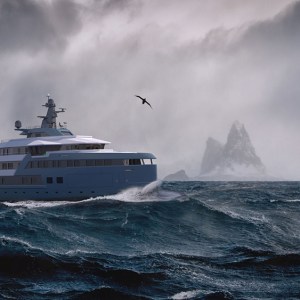 Part yacht, part shadow vessel, the SeaXplorer 75 is different from most expedition yachts; it’s built with redundant systems and extended fuel tanks, much like a commercial vessel, so it can be self-reliant for weeks in the world’s most remote and extreme locations. It can carry 40 days of fuel and provisions for 12 guests and 24 crew. Its big holding tanks and garbage-management system also mean the yacht will leave no trace in the wilds.

In other words, the SeaXplorer 75 doesn’t just look like an extreme ocean wanderer. It really is one. And the world got its first look at this 252-foot Damen last week at the Monaco Yacht Show. The Dutch builder has taken a crossover philosophy to the SeaXplorers, which now includes five models up to 328 feet.

The 75 will also be equipped with several garages’ worth of expedition equipment, including two helicopters that are stored on the certified helidecks and belowdecks hangar, a scuba-dive center, and two tender garages in the fore and aft sections that carry three boats and four jet-skis. The Damen is also Ice Class and IMO Polar Code compliant for cruising into the Arctic and Antarctic regions.

Damen owns the Amels superyacht range as well, whose designers added many of the luxury touches on board. EYOS Expeditions provided Damen with operational design input and exterior styling from Azure Yacht Design. One can see the luxury in the master suite, two VIP staterooms, and a special observation lounge near the bow.

“The combination of our Amels luxury yachting knowhow with our Damen Shipyards Group experience delivering commercial vessels is really unique—and you can see that in the design,” says Rose Damen, managing director. “The SeaXplorer 75 offers serious global capability but with superyacht refinement. She’s also to be customized to our client’s requirements.”

The first 75 is under construction at Damen. Two other SeaXplorers are farther along and will be delivered in 2020.