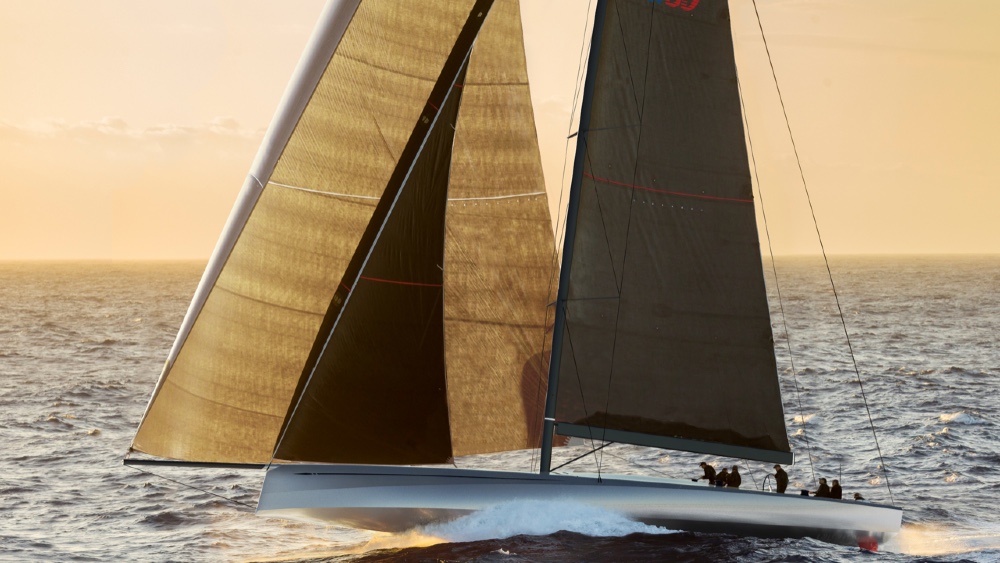 The Maxi Yacht world is filled with many superyacht racing designs that double as showboats. These beauties often enter regattas, but their sailing abilities are so different that each yacht is given a handicap—their final times are adjusted depending on measurement rules—to introduce some uniformity across different classes. This apples-to-oranges comparison lets the organizers award trophies, but there’s no clear measure of a crew’s racing abilities. That tends to frustrate highly competitive owners.

Nautor’s Swan plans to level the Maxi playing field with a one-design model. Taking a page from the America’s Cup, where the current generation of AC75 boats have to have the same-sized hulls and sail plans, the idea is that one team won’t gain an advantage over another because it can afford to build a faster yacht. Instead, the AC75 boats will demonstrate racing prowess, rather than design advantages.

With the first model in build, the one-design ClubSwan 80 will provide a similar path for the Maxi World. “We’d like to invigorate owner participation on an international level,” said Enrico Chieffi, Nautor Group vice president, in describing the new series. “We put together the most brilliant minds in the yachting industry, working with the aim to evolve accepted principles in the sailing world into a fresh innovation.”

The new 80-footer will be a highly technical raceboat, with features like a canting keel and side foil.

The Finnish builder assembled a dream team of both internal and external experts.  “When we started talking about a model which could raise the bar in the sailing world in order to turn the maxi sailing yachts around, we all knew that an 80-footer was the right way to go,” says Juan Kouyoumdjian, a naval architect who has designed a number of ocean racing yachts, including three winners in the Volvo Ocean series. “Working with our different specialists and Persico’s team is something that is hard to explain. It’s like pushing ourselves over the limits through learning from different experiences, approaches and ideas.”

Nautor’s Swan also partnered with Persico Marine, which is known for its high-performance yachts, in the build process. Italy-based Persico is the official supplier of the foil arms that will be used in the next America’s Cup on its AC75 raceboats.

Like the America’s Cup raceboats, the ClubSwan 80 will be a technical racing machine rather than a weekend racer, with a canting keel, a clean deck and lightweight carbon-fiber hull, built by Pure Marine. The company has built one-designs in the past, including the ClubSwan 36 and ClubSwan 50 models, and a ClubSwan 125 that will launch next spring, but the 80 could eventually become its largest fleet class. Because all the boats are identical, the one-design allows for control of the building costs. The idea was also to lower operational costs for the owners.

While the focus is on racing, the 80 will also have an interior for the owner. Here are two possible layouts.  Nautor's Swan

The ClubSwan 80 class will debut at the Maxi Rolex Cup in 2022 with three competitors. It will later have dedicated racing circuits and a race-management team inside Nautor’s Swan. “Location, organization, race management and shoreside activities are the four criteria on which Swan regattas have been built so successfully,” said Chieffi. He said that another new model, the ClubSwan 6X, was also being built as a one-design.