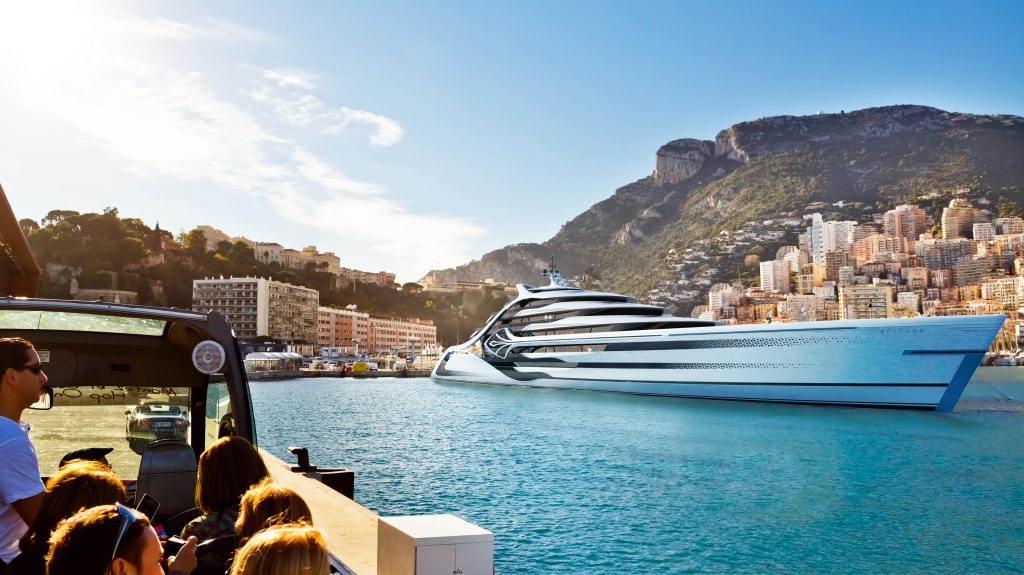 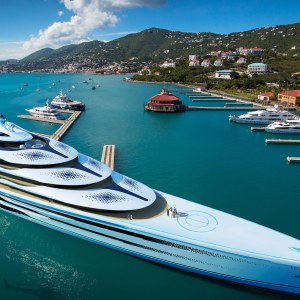 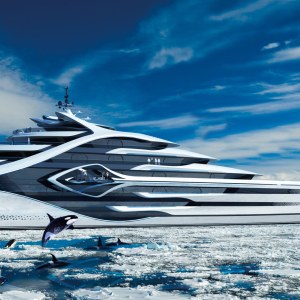 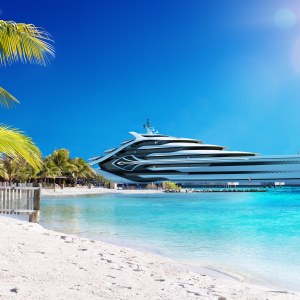 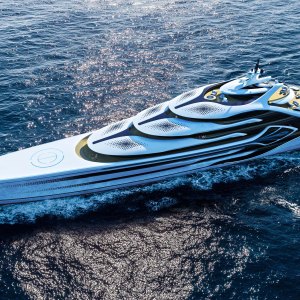 British designer Andy Waugh has announced his latest yacht concept. The impressive 574-foot eight-deck motor yacht is destined to push boundaries—not only in style but in efficiency, too. Designed to challenge preconceptions about a yacht of its size, its elegant lines are complemented by the finishing touches throughout.

Acionna’s interior is built for those with imagination. The yacht’s ample space can include just about anything, including (but not limited to) a full-size squash court, helicopter hanger, or 66-foot indoor pool. With eight decks, there is plenty of space to play with. The double-height main saloon features panoramic curved glass overlooking the main aft-deck pool. Uniquely situated between a central “island” of communal areas, the pool also flows down the sloped transom and into a lower pool of the swim platform.

Yet another unique feature to this advanced concept is the propulsion system. Drawing inspiration from a hydrogen propulsion system currently being trialed in cruise ships and ferries, the aim is to create a zero-impact yacht. And with carbon footprints in the superyacht industry pretty heavy, this hydrogen purchased from renewable energy sources would be a welcome change in that. As Waugh explains, “This concept could easily take five or eight years to build and things may well change in that time. But there are certain areas in the world such as the Norwegian fjords that may well not be accessible by diesel vessels shortly after that time due to planned regulations and so people who build diesel yachts now may find their cruising options are restricted in the future.”

If you’re looking for a long-range vessel that can go the distance, hydrogen propulsion can take you there. According to Waugh, such concepts need to come to fruition in order to create more demand for hydrogen-powered vessels in order to make them economically viable. But this concept is not for the fair-weather sailor—such a design is ready and waiting for the trendsetters and game-changers who will appreciate everything Acionna has to offer.