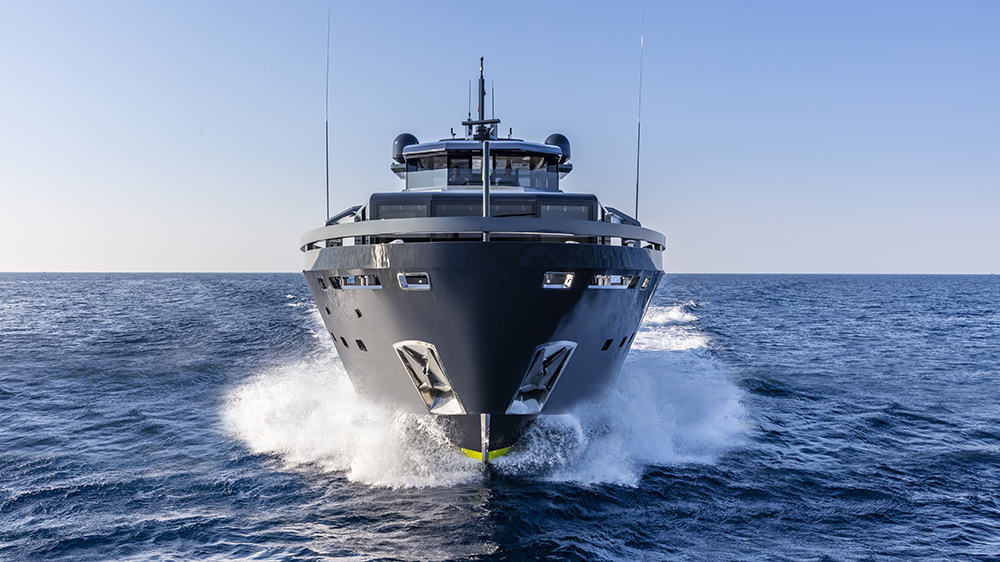 Arcadia Yachts is one of those unusual shipyards that chose to follow its own path at a time when most other yacht builders assumed they were on the fast track. In 2008, when the Italian brand launched, the yacht market consisted mainly of sleek, fast, glamorous, and fuel-guzzling vessels. Italian, British, and American yards alike couldn’t build them fast enough, with many brands sharing very similar design cues in order to compete with each other.

And then along comes Arcadia, with an entirely new design philosophy centered on the way an owner uses a yacht, rather than how it looks. The company opted for a boxier profile than other yachts it competed against, with a vertical bow, large floor-to-ceiling windows across the main deck, a much more fuel-efficient running surface, vast outdoor spaces, and even solar panels, which actually powered the house systems, rather than serving as eco-hood ornaments used on other yachts.

Most competitors looked at the first and shook their heads for its form-follows-function design.

Ten years later, Arcadia has a sizable number of imitators that have adopted many of the same design cues for practical, usable space, eco-friendly operation, and room to roam both inside and out. With a decade’s head start, Arcadia remains at the head of the pack, retaining its original philosophy of designing the yacht around how the owner wants to use it, rather than worrying about how pretty it looks.

In the case of its new 105, Arcadia had a specific owner in mind, someone on his third Arcadia yacht. “His navigation philosophy is something we’re very familiar with,” says Ugo Pellegrino, director of the Italian yard. “He wanted large, convivial spaces for daytime use and cabins that are able to offer privacy and comfort beyond what is typical in the category.”

The sense of space and originality is evident across the yacht, starting with the “winter garden” area on the main deck, which the owner wanted converted to a “playroom” where he could entertain friends and enjoy views through the floor-to-ceiling windows. The design of this bow area is unique among yachts this size: Windows are on every surface, including the ceiling, give the sense of being in a glass studio, offering exceptional views of the water. It’s a very creative design in a space often reserved for the master stateroom, minus all the glass.

Up on the skylounge on the upper deck, the designer’s creativity also shines. A hardtop and windows enclose the lounge, which has facing sofas for dining. The area can be fully heated and protected, but then—presto—electric side windows roll down automatically to let in fresh, ocean air across the cabin. The rear doors also open fully onto the sun lounge. The joined areas make a beautiful 700-square-foot area for socializing.

This seamless integration of inside and out defines the 105. There is a similar layout on the main deck, where the rear cockpit seats 10 people for alfresco meals and the fully connected forward saloon also has space for 12 more guests. The owner is using his boat not only for long-distance cruising, but also for large social events.

This first 105 is a study in clean design, with black and white decor used around all the windows. It has a very modern feel, with stainless trim and black lacquer, but it’s also warmed up with the light-colored floors and wood accents. The master suite has its own entrance for privacy, while the owner chose two VIP suites for guests. Having just two guest suites makes them larger, and more special, for the owner’s entourage.

Like other Arcadias, solar panels power most of the house systems. This 400-square-foot network of solar panels not only recharges the yacht’s batteries, but keeps the 105 virtually silent at night or at anchor because the generators are not needed. Much of the thermal insulating glass on the yacht also keeps the interior cool, reducing the need for air-conditioning.

With the clever, smart layouts and use of authentic green technologies, this newest Arcadia promises to set new standards, once again, for its class, leading the yachting world in a fresh direction.